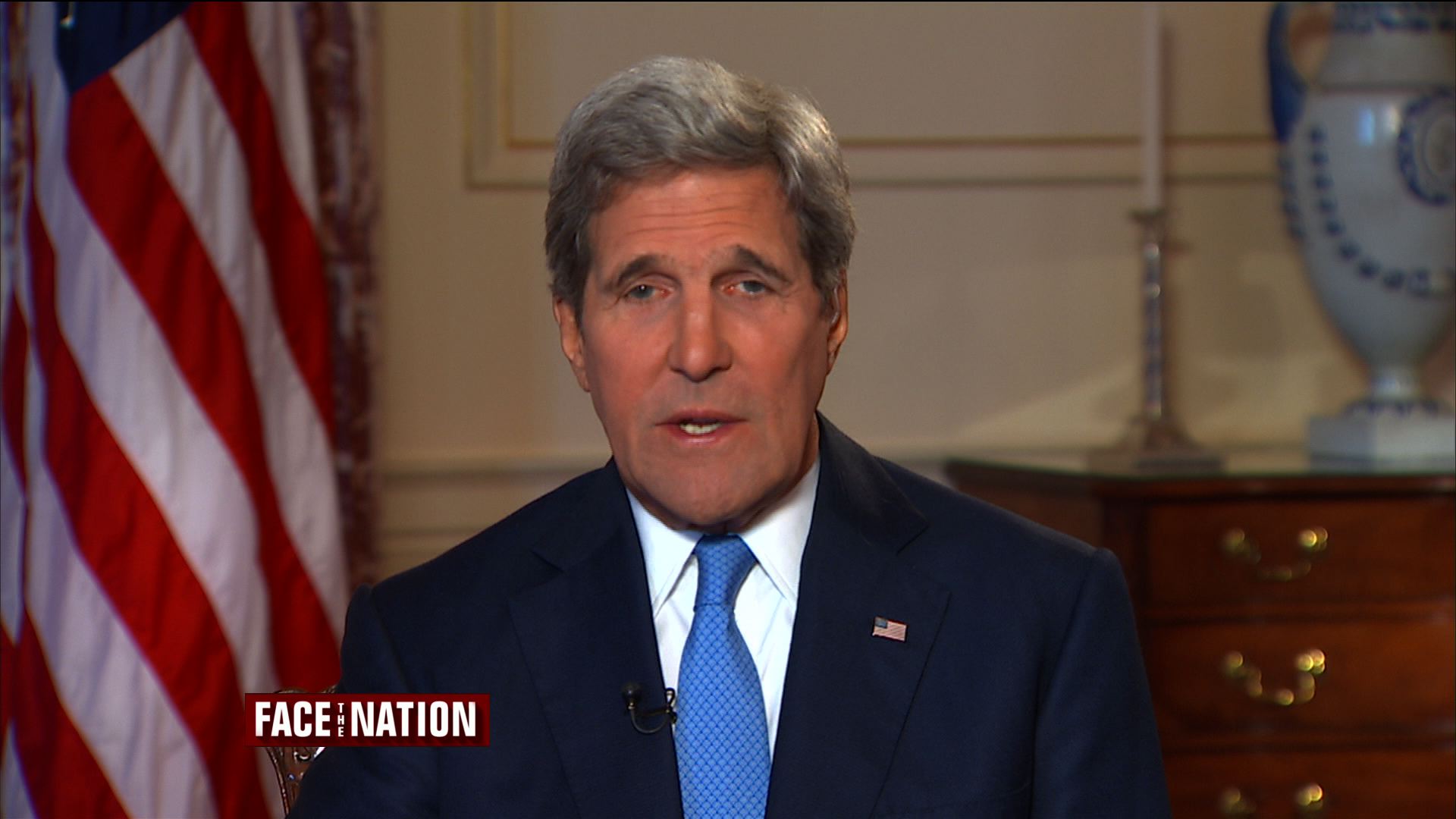 Secretary of State John Kerry defended the framework deal to curb Iran's nuclear program Sunday, saying America's allies have backed up U.S. accounts of what the deal holds despite an ongoing war of words with Iran's supreme leader.

Ayatollah Ali Khamenei said last week that there won't be a nuclear deal unless all sanctions are lifted, and there will be no inspection of military sites as part of the deal. That prompted Sen. John McCain, R-Arizona, to question Kerry's account of the deal he has been describing to the American public.

"John Kerry must have known what was in it, and yet chose to interpret it in another way. It's probably in black and white that the ayatollah is probably right. John Kerry is delusional," McCain said on a radio talk show.

President Obama said Saturday that McCain's comments are "an indication of the degree to which partisanship has crossed all boundaries."

Asked about McCain's comments on CBS' "Face the Nation," Sunday, Kerry pointed to other U.S. negotiating partners who can back up his account of the deal.

"I'll let the facts speak for themselves. Yesterday the Russians -- who are not our usual allies -- released a statement saying that what we have put out in terms of our information is both reliable and accurate," Kerry said. "I would remind you that people have the same dueling narratives, discrepancies, spin - whatever you want to call it - with respect to the interim agreement. But in the end, an interim agreement came out exactly as we had described and what's important is Iran has not only signed it but has lived up to it in every respect."

Kerry said he will be briefing Congress in depth about the deal Monday and Tuesday. He also reiterated that the framework deal does not represent a final agreement, which will be completed after another two and a half months of negotiations.

"This an outline, parameters, and most people are very surprised by the depth and breadth and detail of these parameters and went well beyond what they expected," Kerry said. "I think people need to hold their fire, let us negotiate without interference and be able to complete the job over the course of the next two and a half months."

"We've earned the right to be able to try and complete this without interference and certainly without partisan politics," he added.

He also addressed critics of the deal, saying that the scientific community, as well as Russia, China, Germany, France, Great Britain and experts in all of those countries, believe the deal shuts down Iran's pathway to a bomb.

Even Sen. Rand Paul, R-Kentucky, said that despite the fact that he can be partisan on some issues, "I don't think I would jump to the conclusion that, all of a sudden, the ayatollah of Iran is telling the truth, and my government is lying to us."

In a separate interview on "Face the Nation," Paul said that the public disagreements are a problem, especially since any hint of an agreement is met by tweets in English from the Iranian foreign minister that dispute the U.S. government's accounts of the talks.

"I keep an open mind as to who's telling the truth. But the thing is is that the Iranians aren't helping the situation by tweeting out, in English, that the agreement doesn't mean any of that. And they're going to go on with their nuclear program. They're not going to have inspections," he said. "So it's very, very damaging to the American public and to getting to the details of what the agreement are, if we can't trust the sincerity or the credibility of the Iranian government."

Paul said that the Iranian government's comments have made it very difficult for a Republican like him, who wants a deal to be reached, to keep an open mind.

"It's making it very difficult for me to get even to the specifics, when I'm having trouble getting beyond whether or not I can believe that Iran is sincere in the negotiations," he said. "And I really do want, sincerely, want a deal. And I don't want war."

Sen. Amy Klobuchar, D-Minnesota, said in a separate interview that McCain might have gone too far in his criticism.

"I wouldn't have used those words," she said on "Face the Nation." "Secretary Kerry has been dogged in his work here to try to do something, which has been one of our foreign policy priorities for a long time, and that is preventing Iran from developing a nuclear weapon."