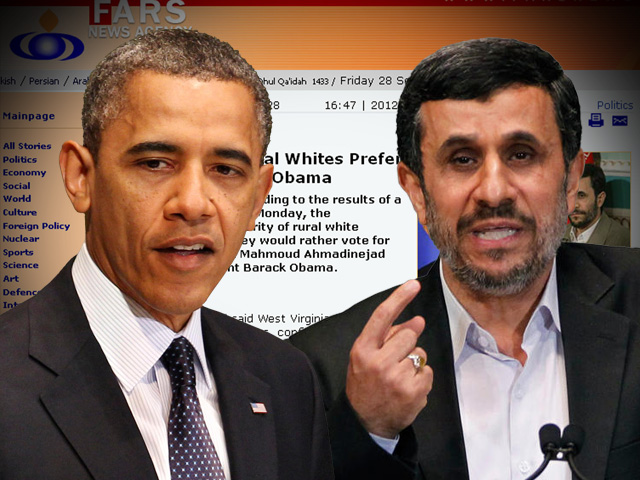 LONDON An Iranian news editor may be lamenting his or her own fact-checking practices this Friday.

The English-language website of the Fars news agency appears to have been duped by a spoof story by "The Onion", which claimed that a recent poll had found an "overwhelming majority of rural white Americans" would rather vote for Iranian leader Mahmoud Ahmadinejad than President Obama.

The story only appeared on the English site of Fars - which, like all other Iranian news organizations, is controlled strictly by the Islamic cleric-led government. By Friday afternoon, the story was apparently pulled down and attempts to access it generated an error message.

It is possible that, due to the tight controls on the internet and news organizations in Iran (and the fact that the story has not yet appeared on the native Farsi language site) that most Iranians will never see the ill-conceived story by Fars.

Friday is the holy day in the Muslim world, so it is also possible that Fars' normal editor had the day off and a more junior member of staff made the apparent error.

If the editor in question is still working, it's worth noting, to their credit, that they appear not to have picked up a story on The Onion a couple days earlier, showing a green-glowing Ahmadinejad proclaiming to the United Nations that he was, himself, a nuclear weapon.