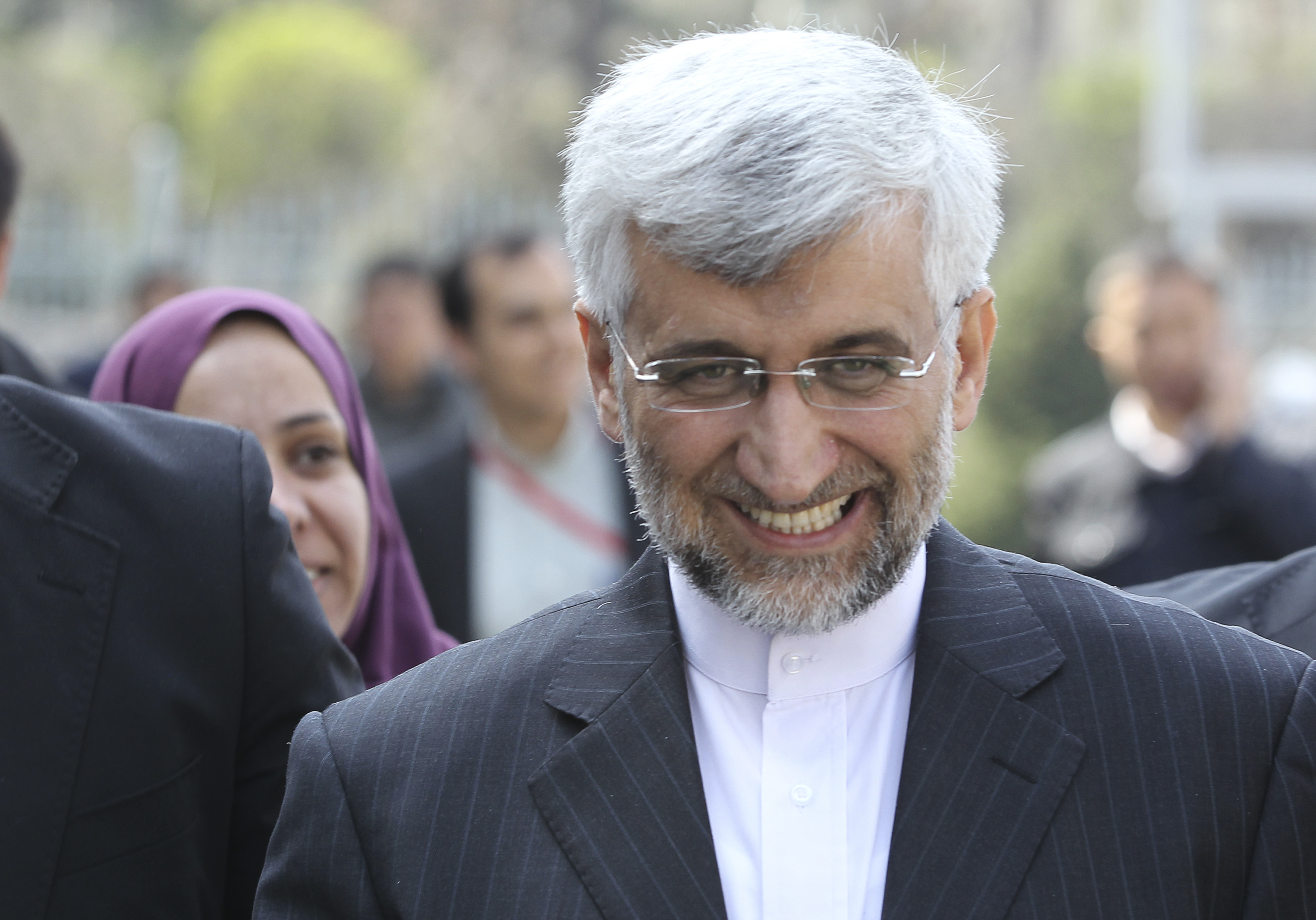 ALMATY, Kazakhstan Talks seeking to find common ground between Iran and a group of six nations over concerns that Tehran's nuclear program might be used to make weapons appeared to run into trouble shortly after they began Friday.

A Western diplomat privy to the talks said Iran's response to the offer from the group fell short of what the six wanted and instead amounted to a "reworking" of proposals it made last year at negotiations that broke up in disagreement. He said the two sides remained a "long way apart on substance" as the talks adjourned Friday.

The diplomat demanded anonymity in exchange for discussing the confidential talks taking place Friday and Saturday in the Kazakh commercial capital, Almaty.

Iran is demanding international recognition of its right to advanced nuclear technology, but other countries are concerned that the Islamic Republic wants to use that expertise to make atomic arms.

Russia's Interfax news agency cited Deputy Foreign Minister Sergey Ryabkov, the head of his country's Almaty delegation, as saying the six won't be able to determine whether they can bridge differences with Iran until the two sides meet again Saturday.

In Washington, State Department spokeswoman Victoria Nuland said Iran has yet to meet the group's demands, but that the six hope for progress on Saturday.

"The talks have been substantive, but we don't yet have any progress to report," Nuland told reporters in Washington. "What we are looking for is a clear and concrete response to the proposal that we put forward in February."

She said there is no plan for the U.S. and Iran to meet bilaterally during the talks, she said.

Comments by representatives of the sides laid out starkly different visions of what each sought from the other.

The six insist Iran cut back on its highest grade uranium enrichment production and stockpile, fearing Tehran will divert it from making nuclear fuel to form the material used in the core of nuclear warhead. They say Iran must make that move - and make it first - to build confidence that its nuclear program is peaceful.

Iranian negotiator Ali Bagheri challenged the six countries on that point, telling reporters "what is being referred to as confidence-building measures are actions that both sides ... need to take" simultaneously.

He gave no specifics, but the comment could be an allusion to Iranian demands of sweeping sanctions relief instead of the offer from the six offering only a limited lifting of sanctions.

Iran also wants any nuclear concessions it makes to have specific limits instead of leading to others. Alluding to that demand, Bagheri said his country wanted to nail down "the start of the process, the dimensions of the process and the final outcome of the process."

And he described any would-be nuclear deal as only "part of a comprehensive process," suggesting Iran was holding to its earlier demands of a broader deal also addressing security issues. He later qualified that, saying Iran had resubmitted a streamlined version of that earlier plan.

Still, such views were unlikely to sit well with the six - the United States, Russia, China, Britain, France and Germany.

At the talks in the Kazakh city of Almaty they are asking Tehran only to greatly limit its production and stockpiling of uranium enriched to 20 percent, which is just a technical step away from weapons-grade uranium. That would keep Iran's supply below the amount needed for further processing into a weapon.

But the group views that only as a first step in a process. Iran is operating more than 10,000 centrifuges. While most are enriching below 20 percent, this material, too, could be turned into weapons-grade uranium, although with greater effort than is the case for the 20-percent stockpile.

Tehran also is only a few years away from completing a reactor that will produce plutonium, another pathway to nuclear arms.

The U.N. Security Council has demanded a stop to both that effort and all enrichment in a series of resolutions since 2006. Iran denies any interest in atomic arms, insists its enrichment program serves only peaceful needs, says it has a right to enrich under the Nuclear Nonproliferation Treaty, and describes U.N. Security Council demands as illegal.

Ahead of the meeting, an EU official speaking for the six world powers said Friday the onus was on Iran to engage on the six-nation offer, which foresees lifting sanctions on Iran's gold and petrochemical trade but maintaining penalties crippling Iran's oil sales and economy.

"The core issue here is the international community concern of the very strong indications that Iran is developing technology that could be used for military purposes," said Michael Mann, spokesman for EU foreign policy chief Catherine Ashton, the formal convener of the talks.

"There are suspicions of an enrichment program that could have military uses," he said. "The confidence building has to come from Iran because it is Iran that is developing its nuclear program."

The meetings Friday and Saturday are at best expected to achieve enough progress for agreement to hold another round of talks. But after 10 years of inconclusive negotiations, even an agreement to keep talking would give both sides short-term gains.

It would leave the international community with some breathing space in its efforts to stem Iran's nuclear advance. For Tehran, continued negotiations are insurance that neither Israel nor the United States will feel the need to act on threats to move from diplomacy to other means to deal with Iran.

Israel says Iran is only a few months away from the threshold of having material to turn into a bomb and has vowed to use all means to prevent it from reaching that point. The United States has not said what its "red line" is, but that it will not tolerate an Iran armed with nuclear weapons.

Any strike on Iran could provoke fierce retaliation directly from Iran and through its Middle East proxies in Syria, Lebanon and Palestine, raising the specter of a larger Middle East conflict.