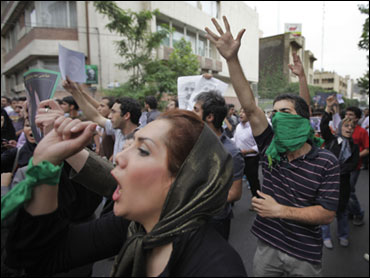 Iranian state television reports five people have been sentenced to death over the unrest that followed the country's disputed June presidential election.

At least three others caught up in the turmoil have received death sentences previously.

The report on Tuesday quotes a statement by the Justice Department saying the five sentenced were members of terrorist and armed opposition groups.

Iran began a mass trial in August for more than 100 prominent opposition figures and activists over the election protests. They accusations against them range from rioting to spying and plotting what authorities have called a "soft revolution" to topple Iran's Islamic rulers.

The opposition says President Mahmoud Ahmadinejad was re-elected through fraud in the June 12 vote.