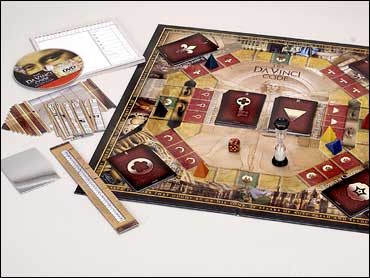 The Irish Republican Army announced Wednesday that it had resumed direct contact with an independent disarmament commission, after a break of more than a year.

The IRA, which last week announced its intention to meet with the commission — a surprise olive branch — said Wednesday that its representative had had face-to-face talks with the group.

A meeting had taken place "to set out the basis for discussions," the IRA statement said. "The IRA has honored its commitments and will continue to do so."

"The commission welcomes this re-engagement which we consider to be in good faith," disarmament commission a spokesman said.

The "decommissioning" of weapons is a central issue of the 1998 Good Friday peace accord, which envisioned that the IRA would gradually disarm in cooperation with the commission, headed by retired Canadian Gen. John de Chastelain.

The IRA refused to send a negotiator to meet the commission until late 1999 and ended direct discussions in February 2000.

Prime Minister Tony Blair and Irish leader Bertie Ahern had been meeting in Northen Ireland March 8 to try to set the peace process back in motion when the IRA announced its intention to resume communication with de Chastelain's commission.

The province's peace deal has been on the brink of disarray for nearly a year.

The two leaders welcomed the move but said the IRA must go on to "substantial re-engagement with the commission for decommissioning (weapons)."

David Trimble, leader of Northern Ireland's major Protestant party, the Ulster Unionists, and head of the power-sharing government, said Wednesday evening he hoped to have a statement from de Chastelain next week about the IRA meeting.

In Washington, before a meeting with U.S. Secretary of State Colin Powell, Trimble said, "I am aware that there has been contact between the IRA and the decommissioning body."

"I have seen the IRA statement," he said. "I hope that by next week we will have a statement from Gen. de Chastelain that will give a full and impartial report."

"In particular I would like to see the general tell us what the IRA said to him was the basis for their discussions so that everyone can then see precisely what is going on," Trimble told reporters.

Trimble, who heads Northern Ireland's power-sharing government, has demanded the IRA begin disarmament before he allows Sinn Fein, the IRA-linked political party, to participate in administering the province.

Unionists have threatened to pull out of the home-rule government unless the IRA begins decommissioning.

Sinn Fein said the IRA might voluntarily disarm someday, but won't be seen to bow to pressure.

The joint Catholic-Protestant government established under the peace agreement could be set aside, as happened last year, if the disarmament issue isn't resolved soon.

Sinn Fein vice-president Pat Doherty asked Trimble and Britain to follow the IRA's example, saying, "The British government should honor the commitments that they made in May of last year."

In exchange for any IRA disarmament steps, Sinn Fein wants Britain to accelerate troop withdrawals and base closures in Northern Ireland, and to toughen its plans for reforming the mostly Protestant police force, the Royal Ulster Constabulary.

Blair and Ahern agreed last week that police-related arguments were unlikely to be resolved until the summer.

Following its pledges in May, Britain says it has already withdrawn several battalions and closed more than 30 bases in Northern Ireland. It says to do much more would be irresponsible, given the mounting threat posed by IRA dissidents opposed to the IRA's 1997 cease-fire and Sinn Fein's involvement in governing Northern Ireland.

Ahern expressed support for the British position and said the IRA disarmament moves would create room for Britain to authorize new troop and base cutbacks.