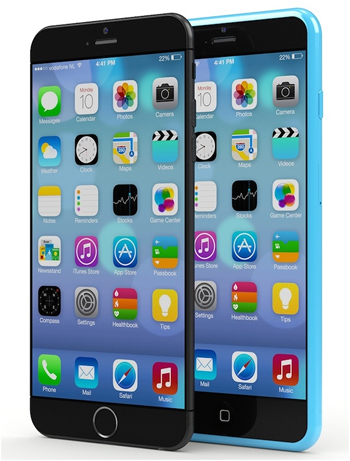 The iPhone 6 is now facing its final test phase in preparation for mass production. At least, that's the latest scuttlebutt from Chinese media.

Purportedly based on sources at Apple supplier Foxconn, a report from Chinese blog site Weibo claims that the iPhone 6 is now in a stage called product validation test (PVT), according to the G for Games blog. The PVT stage means that the iPhone assembly line ramps up to full speed to see if any hitches creep into the process. A small number of iPhones are manufactured for a quality-control check, and the assembly line may be tweaked if the process needs any refinements. Mass production then starts as soon as the PVT passes muster.

However, a July report from Chinese media claimed that mass production of a 4.6-inch iPhone 6 was already slated to start in July, while production of a 5.5-inch model would kick off during the second week of August. So which report is correct, assuming either of them are?

One possible explanation is that the July report may have been accurate at the time but that Apple ran into issues that led to a delay in actual mass production. Another explanation is that one or more of the sources for these two reports simply has the facts wrong.

The source of the newest report is Xiang Ligang, a former professor at the Beijing University of Posts and Telecommunications and currently CEO of a Chinese publication called CCTimes, according to G for Games. As such, G for Games gives him some credibility based on his expected knowledge of Apple's Chinese supply chain sources.

For now, though, take all of this with the usual grain of salt as these items are still firmly in the rumor stage.

Whether it's already reached mass production or is just about to reach it, the next iPhone needs to be ready soon. The iPhone 6 is expected to be unveiled next month, most likely at a media event on September 9, according to Recode. If true, that means Apple must be prepping production of the new iPhone in time for a consumer rollout later in September or early October at the latest.

A spokeswoman for Apple declined CNET's request to comment on the mass production reports.

This article originally appeared on CNET as "iPhone 6 reportedly in final test stage before mass production."