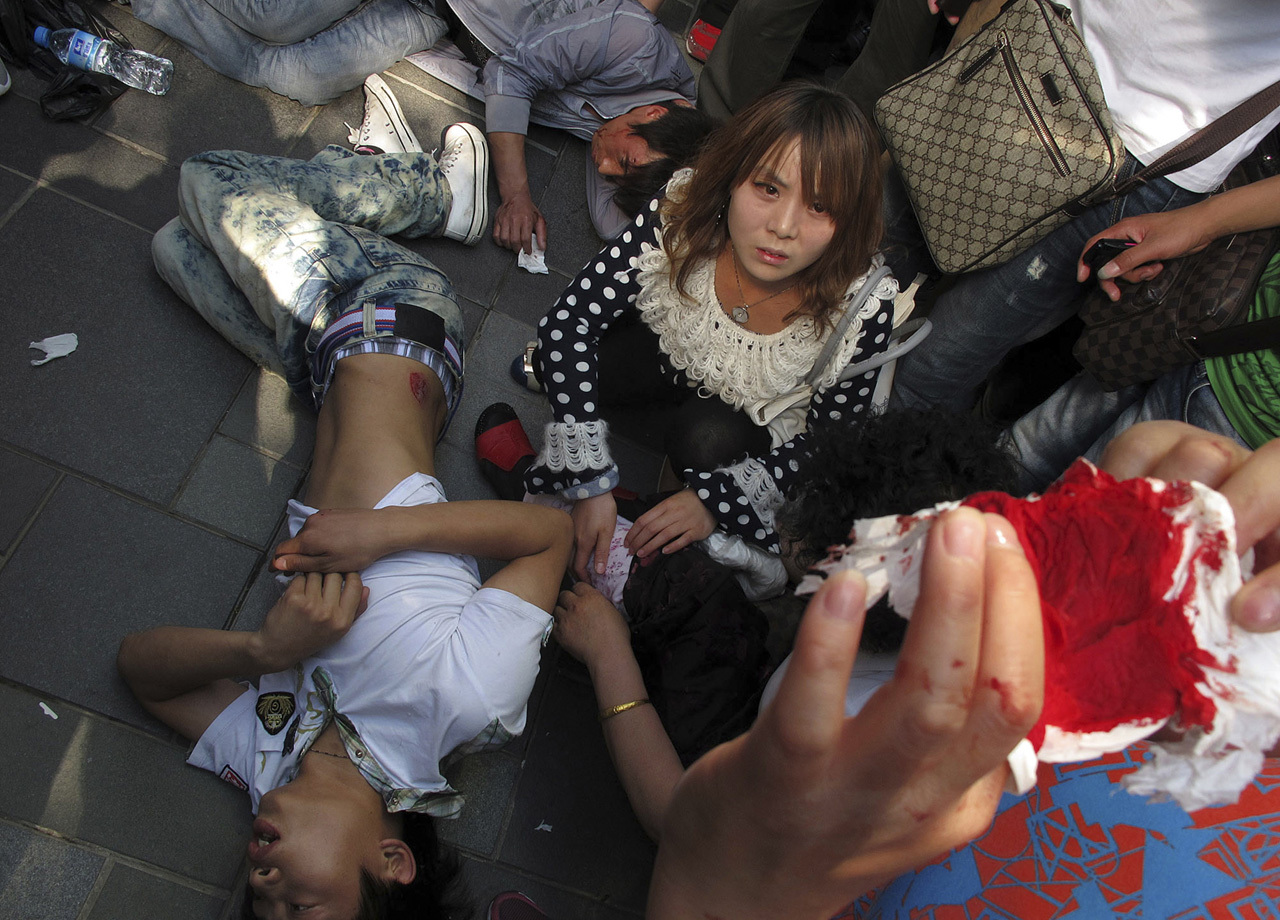 People do seem to get enthusiastic about the iPad 2.

However, reports emerging from China suggest that, perhaps, enthusiasm turned to rough stuff at the iPad 2 launch in Beijing yesterday.

According to the Associated Press, a witness says he saw a fight between a "foreign" Apple employee and a Chinese customer. The witness says he understood that the man had cut in line and was a scalper.

An AP image certainly shows two men lying on the sidewalk, appearing to be at least dazed, if not injured. There is also an image of a glass door, smashed to shards, at the Sanlitun Apple store.

Agence France-Presse, relying on the Beijing News, reports that four people were injured and hospitalized. The AFP also reported that the glass door was smashed by the crowd because it was so incensed at the physical violence.

As in the U.S., people in China have reportedly been selling their places in line and selling their iPads for profit the minute they bought them.

Apple has not commented on the incident, and police are reported to be investigating.

Perhaps it's the revolutionary - rather than the magical - aspect to the iPad 2 that is causing such exalted emotions.