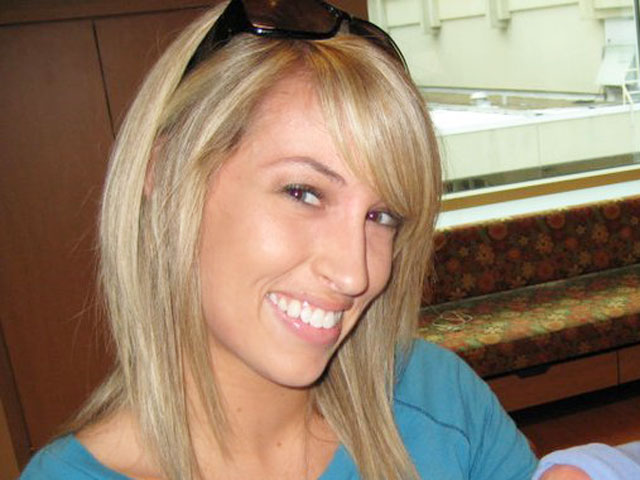 (CBS/KCCI/AP) WEST DES MOINES, Iowa - Investigators have received more than 340 tips in the killing of 27-year-old Iowa real estate agent Ashley Okland, but no arrests have been made.

According to CBS affiliate KCCI, Okland was found shot inside the model unit of a new townhome complex in West Des Moines on April 8. Police say she died at a hospital from two gunshot wounds.

Police announced Saturday that the reward for information in the case has grown to almost $67,000. The money is being offered through Polk County Crime Stoppers.

According to the station, it's the largest Polk County Crime Stoppers reward fund ever created.

West Des Moines police Lt. Jim Barrett told KCCI Friday that a search warrant has been executed in the investigation. The warrant was sealed by a Dallas County judge, Barrett said.

Authorities say there's no reason to believe the shooting was anything other than an isolated incident.

Investigators are still trying to determine a motive and possible suspect.

Police are asking anyone with information about the shooting to contact the West Des Moines Police Department at 515-222-3344 or Polk County Crime Stoppers at 515-223-1400.