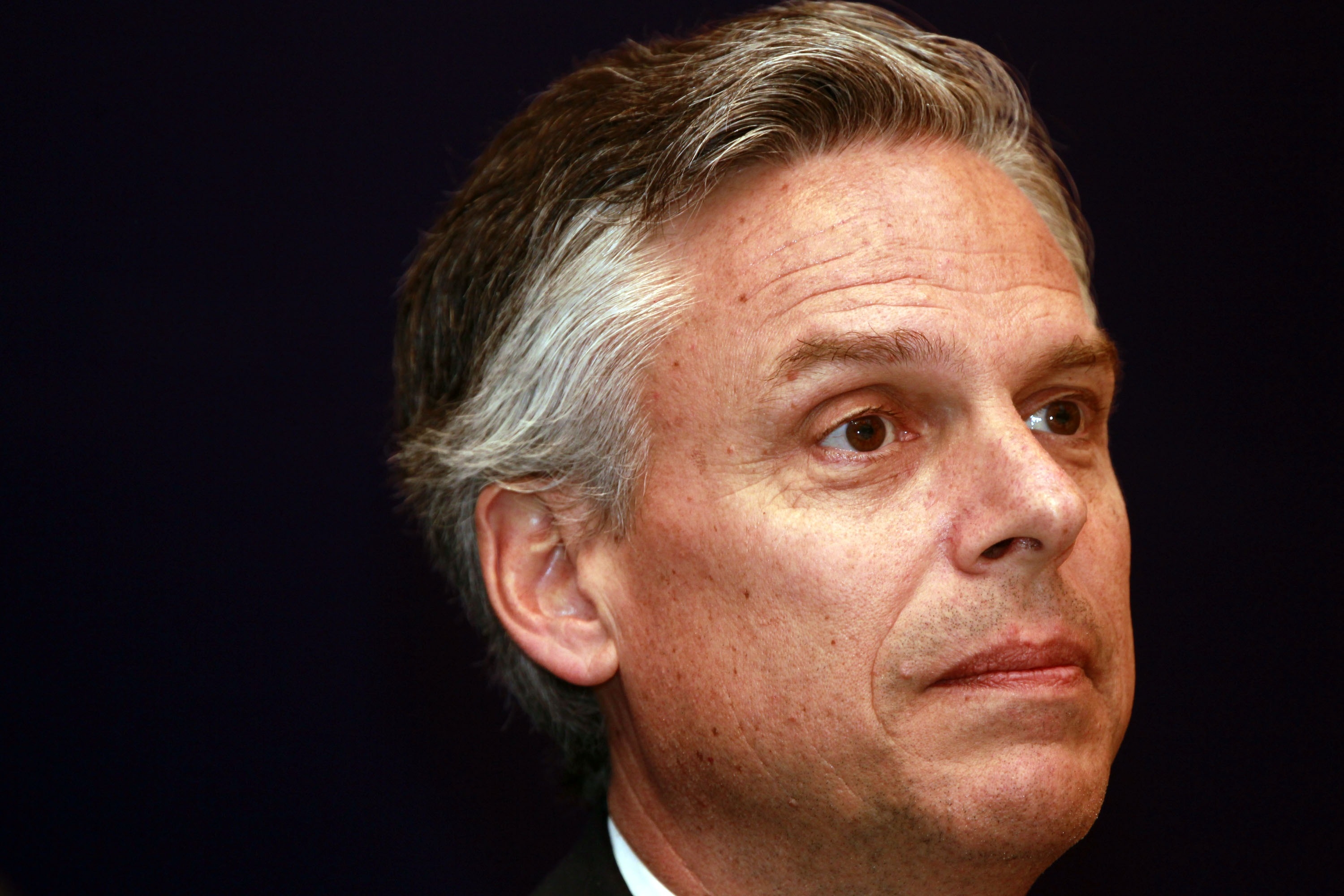 Former Utah governor Jon Huntsman's presidential campaign has had some high-profile staff changes in recent weeks, but perhaps more important for the former ambassador's nascent candidacy is the possibility that his campaign is in trouble financially.

In a Politico story Thursday, longtime Huntsman family friend David Fischer - who worked on the campaign until leaving after being asked to give up his operations role - detailed what is described as a "blistering internal feud" between staffers and Huntsman's chief strategist John Weaver.

But Fischer also suggests the Huntsman campaign may have serious financial woes, since the candidate, a wealthy businessman, is determined not to contribute any more of his personal wealth to the pot.

Huntsman did not have to file second quarter fundraising earnings due to his late entrance into the race, but his campaign reported that he had earned about $4 million during that time -- with a significant minority of that total coming in the form of a personal contribution from the candidate. According to Fischer, Huntsman's contribution was in the form of a line of credit, and the candidate has said he is not willing to give more from his own wealth.

"The suggestion that Huntsman's campaign is in financial trouble is perhaps the most significant thing in this absolutely devastating piece," she says. "From the beginning, most assumed Huntsman could handle a slow start because he would tap into his personal fortune to keep things going--much like Romney did. But I'd been hearing talk that those assumptions were wrong, and much of his fortune is tied up in trusts."

Regardless of whether or not Huntsman is able to access what is thought to be a substantial personal fortune, Crawford says that "this piece makes pretty clear he won't be."

If that's the case, "Huntsman's worse off than Pawlenty," a veteran Republican strategist told CBS News.

Pawlenty, initially considered one of the frontrunners for the GOP nomination, has struggled to secure financial backers and gain traction in the Republican field.

It's worth noting that even if Huntsman were to refrain from making further contributions to his own campaign, his father - a wealthy former CEO - and other personal acquaintances could set up a Super PAC on his behalf.

Even before the Huntsman campaign's internal drama became widely known, the candidate was trying to retool his campaign in the wake of the departure of his campaign manager, with adviser John Weaver saying the campaign would be "more aggressive from a messaging and tactical standpoint." https://www.cbsnews.com/8301-503544_162-20081499-503544.html

On Tuesday, Huntsman, who previously touted his image as the candidate of "civility," blasted fellow 2012 contender Mitt Romney for what he described as a "telling" silence over the debate to raise the debt ceiling. (Huntsman was the only Republican candidate to openly support the deal.)

And on Wednesday, according to the New York Times, Huntsman went after President Obama - for whom he used to work as the Ambassador to China - over his record on jobs.

"There has been nothing in the last two and a half years that has spoken to the most important issue of our time, and that's expanding the economy and creating jobs," Huntsman said in a New Hampshire appearance. When pressed on whether or not he was referring to Mr. Obama's performance, he said, "Well, we do have the health care reform, which is one trillion in added costs."

In a recent interview with New York Magazine, Huntsman ruffled feathers by suggesting that fellow presidential contender Michele Bachmann was gaining traction in part because of her looks.

"She makes for good copy. And good photography," he told New York's John Heilemann. (He later claimed he was offering a compliment.) http://tpmdc.talkingpointsmemo.com/2011/08/huntsman-on-awkward-bachmann-quote-i-was-trying-to-compliment-her.php

Huntsman also said Bachmann could not get the GOP nomination, according to a partial transcript of the interview posted on New York's website. He added that she is "off in one corner of the party."

Huntsman is now sticking his neck out for adviser John Weaver, who comes off as a nightmare boss in the Politico piece. He is quoted by various sources in the article as being verbally "abusive" and the cause of the majority of the campaign team's internal strife.

"John Weaver is a critically important part of our team," Huntsman told reporters on Thursday, according to the Huffington Post. "He's our strategist, has been from day one, and he will be. He's a great friend and he's indispensable to the campaign."