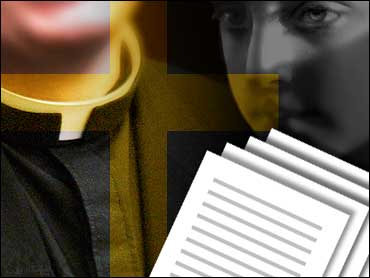 The Roman Catholic Diocese of Davenport filed for Chapter 11 bankruptcy Tuesday, the fourth diocese in the nation to seek financial protection to deal with priest sex abuse cases.

Bishop William Franklin said the diocese was left with no other alternative to settle more than two dozen claims against priests accused of sexual abuse. He said the move would ensure the financial health of the church.

"Today, the Diocese of Davenport is standing in the moment of a historic event," Franklin wrote in a letter to members posted on the diocese Web site. "While providing just and fair compensation to victims/survivors, we also believe that the decision to reorganize is the best way in which we will be able to continue the Church's mission."

Like those diocese and others nationwide, Davenport has been hit hard by allegations that its leaders either knew or should have known about its priests' misconduct with young boys and girls, yet failed to discipline them.

Since 2004, the diocese has paid more than $10.5 million to resolve dozens of claims filed against priests, including a $9 million settlement reached with 37 victims in fall 2004.

Since then, the diocese or former priests under its supervision have been held liable by juries in civil trials.

But the decision to file for bankruptcy now is being driven by a new set of claims aimed at the diocese and Bishop Lawrence Soens, church officials and others say.

Soens, who served as Bishop in Sioux City in northwest Iowa, has been accused by as many as 15 former students during his tenure as priest and principal at a Catholic high school in Iowa City during the 1960s.

Soens, who retired in 1998, denies the allegations.

The first of three trials involving Soens and the diocese was scheduled to begin Oct. 23, but a lawyer in the case said it will likely be dismissed in light of the bankruptcy filing.

"I think it's a sad day for victims of clergy abuse in the Davenport Diocese as well as its parishioners," said Craig Levien, who has represented most of the abuse victims. "I believe it's just an unnecessary step ... with the real purpose being an effort to try and eliminate future responsibility."

The Davenport Diocese was erected in 1881, covers 22 counties in southeast Iowa and has more than 105,000 parishioners in 84 parishes.