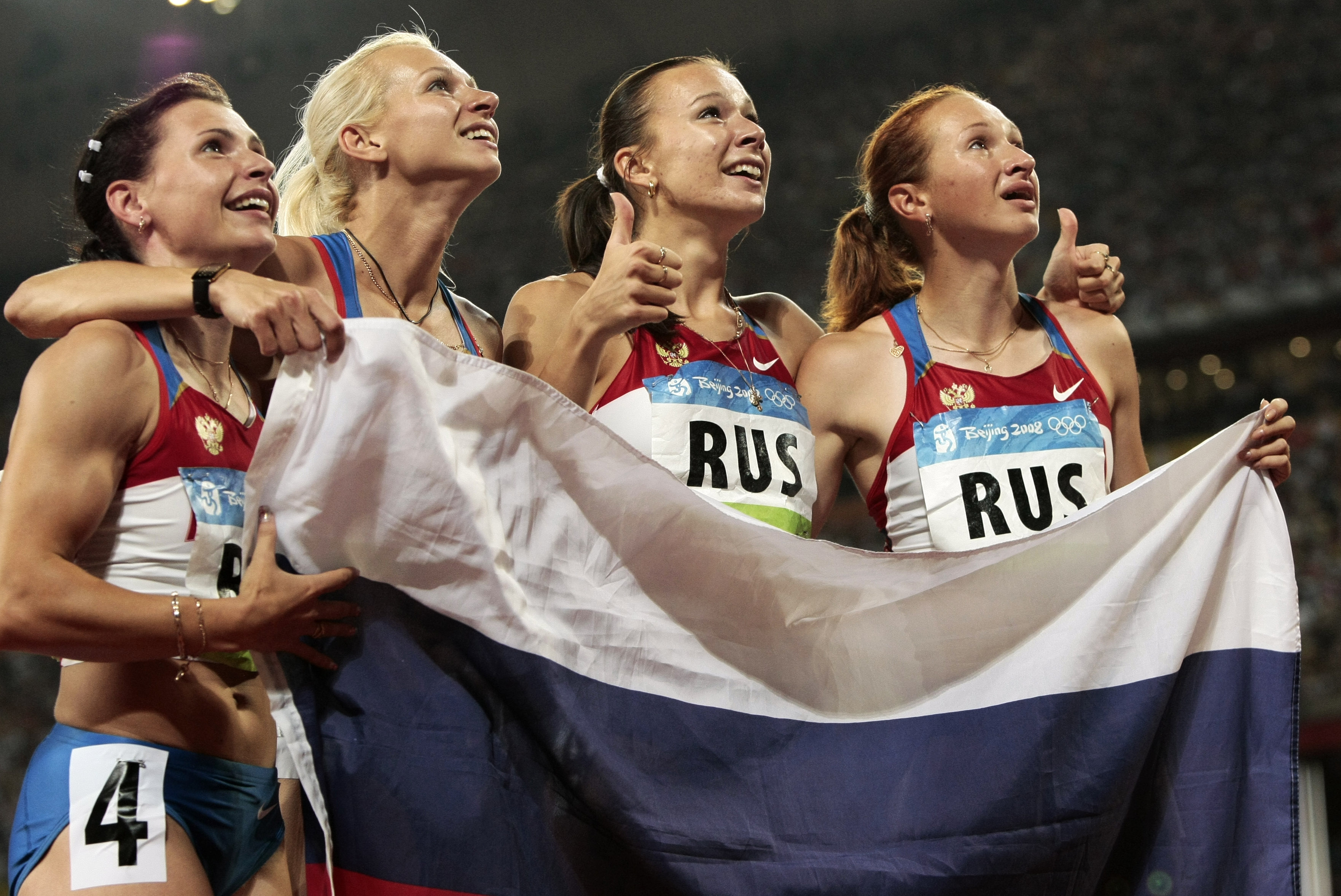 RIO DE JANEIRO -- Russia was stripped of a relay gold medal from the 2008 Beijing Olympics on Tuesday after one of its female runners tested positive for steroids in a reanalysis of her doping samples.

Sprinter Yulia Chermoshanskaya tested positive for two drugs - stanozolol and turinabol - and has been retroactively disqualified and stripped of the gold in the women's 4x100-meter relay, along with her teammates, the International Olympic Committee said.

Chermoshanskaya was also disqualified from the 200 meters, in which she finished eighth.

Belgium stands to be upgraded to the relay gold, with Nigeria moving up to silver and Brazil to bronze.

The IOC asked the IAAF to modify the results and consider any further sanctions against Chermoshanskaya, who is no longer competing.

The three other Russians runners in the relay final were Yulia Gushchina, Alexandra Fedoriva and Evgeniya Polyakova. Under IAAF rules, an entire relay team loses its medals if one of the runners tests positive.

The Belgian runners in line to get the gold are Olivia Borlee, Hanna Marien, Elodie Ouedraogo and Kim Gevaert.

The United States did not make the relay final after dropping the baton in the heats. The Jamaican and British teams dropped the baton in the final. The IOC said Chermoshanskaya claimed in a written statement she had been injured ahead of the Beijing Games and had been receiving injections on medical advice.

The IOC said she should have declared those medications at the time.

Turinabol and stanozolol are both traditional steroids that go back decades. Canadian sprinter Ben Johnson tested positive for stanozolol at the 1988 Seoul Olympics, where he was stripped of the gold medal in the 100 meters.

Tuesday's decision was another black eye for Russia, whose track and field team was banned from the Rio de Janeiro Olympics over allegations of state-sponsored doping. Investigations are continuing into wider systematic doping in Russia involving dozens of other summer and winter Olympic sports.

Beyond Russia, several other countries have been embroiled in doping scandals at the 2016 Rio Olympics. Last week, three athletes - a Chinese swimmer, a Polish weightlifter and a Bulgarian steeplechaser - were expelled or suspended for doping. They became the first athletes sanctioned after failing drug tests at the 2016 games.

Using enhanced techniques, the IOC has retested more than 1,000 doping samples from the Beijing Games and 2012 London Olympics to catch cheats who evaded detection at the time. A total of 98 athletes were caught.

The IOC stores doping samples for 10 years to allow them to be reanalyzed when improved tests become available, meaning cheats can be caught years later. For the Beijing and London retests, the IOC used a method that can detect use of steroids going back weeks and months, rather than days.

Chermoshanskaya is the seventh athlete formally disqualified so far by the IOC as a result of the Beijing and London retesting program. Ukrainian javelin thrower Oleksandr Pyatnytsya was stripped of her silver medal from London after testing positive for turinabol.