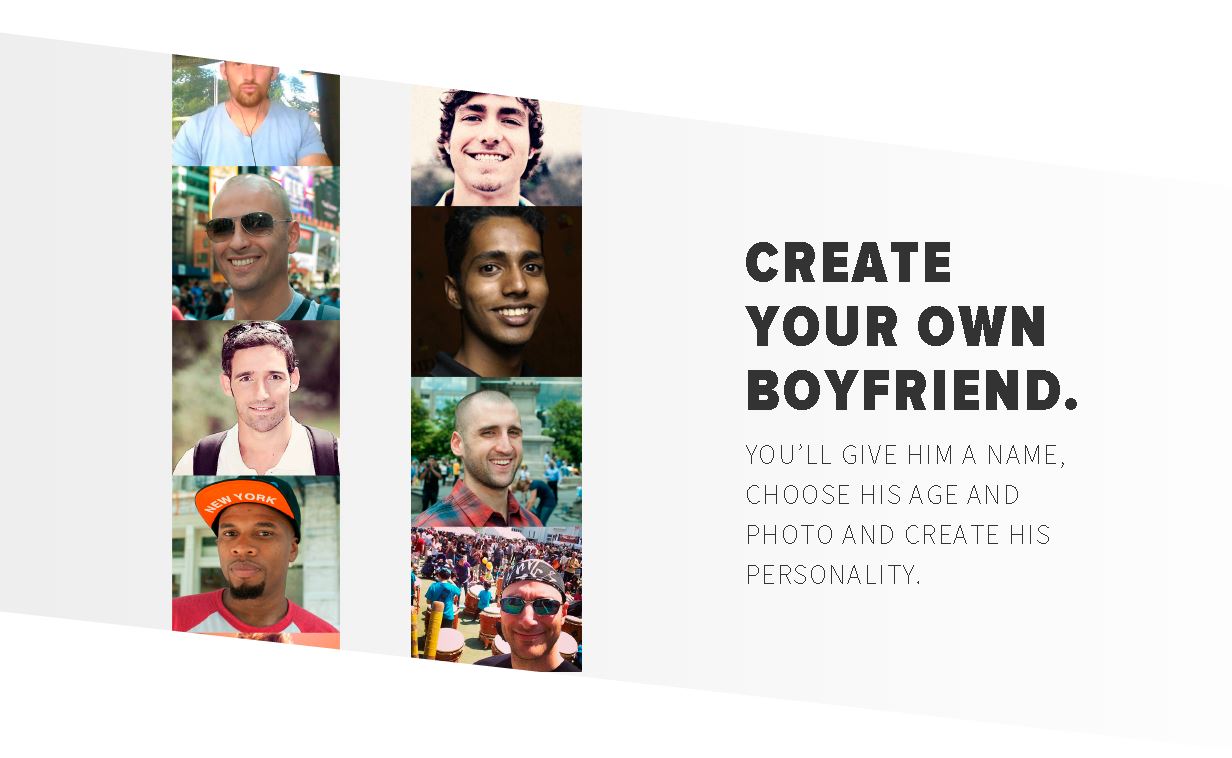 Imagine the relationship of your dreams with a partner who is simply perfect, attentive and considerate, like they were made just for you.

In truth, they are, with a new app that lets you create an "invisible partner," CBS New York reports.

"He loves to ski and go horseback riding," one woman said of her new boyfriend. "We met at school."

She doesn't want her identity revealed because she's been lying to her friends and family -- because he doesn't really exist.

"My mother is always asking, 'When are you going to get married?' or, 'Are you seeing anybody?'" she said.

So, she created her special someone through a new app developed by Matt Homann.

"You get to create your girlfriend or boyfriend, choose their picture, choose their relationship story of how you met, pick their personality," Homann said.

Users get 100 text messages, a handwritten note and weekly voicemails from their fake boyfriend or fake girlfriend.

In the digital age, dating has taken many new twists and turns. There are apps that can help you narrow down the kinds of people you meet in many ways. It's also created a whole new set of rules for modern love, and the fake partner app could complicate the game more.

One busy college student said she created a fake boyfriend because she was tired of people pestering her to go on dates.

"The imaginary boyfriend or girlfriend really serves as a defense, it keeps people away, it backs them up," Dr. Jane Greer said, a relationship expert.

Greer adds that being less than truthful may ultimately do more harm than good.

"You want to be honest with yourself and other people and not put energy into having to lie and pretend," she said.

"There are people who are getting hit on at the office by a coworker who would like to have a bit of a story to say they are dating someone," Homann said.

"My initial thought was to pretend, but I couldn't do that," she said.

Wheeler told family and friends about her "invisible boyfriend" and said she kept up the "relationship" because she enjoyed the texting interaction.

"It's like I invented this person and the conversation is even better than I anticipated it would be," Wheeler said.

And while Greer said she may be wasting time on a boyfriend that doesn't exist, Wheeler said the service provides a very real benefit for her.

"All the energy that's going into this fake relationship is lost on the opportunity to meet someone and actually build a relationship with someone who is present and available," Greer said.

"This is a stepping stone for me, an exercise in positive communication, I think will benefit me a lot," Wheeler said.

The invisible boyfriend and girlfriend app costs $24.99 a month. They plan to roll out additional services like flower deliveries in the near future.