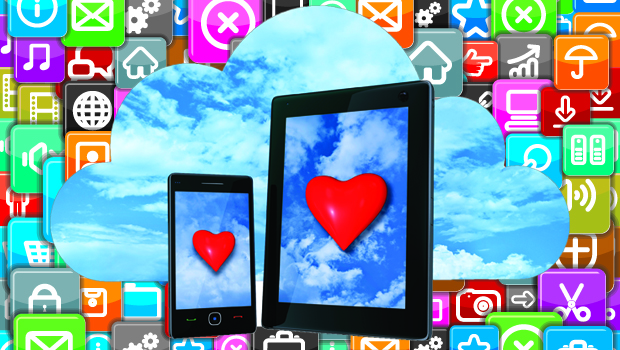 We've boiled down the digital dating options into categories to try to make the search-before-the-search a little easier. The list isn't exhaustive, but we hope it will make the process a little less exhausting and help you find the one that's right for you.

The old standbys are going strong. Match.com and eHarmony are still the go-to sites for those who are in it for the long haul. Memberships will cost you on the order of $20 to $60 a month, depending on the length of your subscription. Zoosk came a little later, but boasts 27 million users. It costs $30 per month (and some users complain .

The top free dating app is OkCupid. Many people swear by it, but even the company knows you get what you pay for. It's right there on the site: "We don't claim to evaluate you perfectly, but we do claim to find someone who claims to fulfill your claimed requirements, exactly." Plenty of Fish -- which claims to have 90 million users and be the largest dating site -- is also free, though a paid upgraded account earns perks like showing up more prominently and nixing ads.

Tinder didn't invent the swipe-right-to-like, swipe-left-to-pass action it's famous for (credit goes to Grindr, the location-based app to let gay men find each other by proximity), but the free app certainly gets the nod for making it mainstream. And though it's knocked for being superficial because it only gives you a photo and minimal info to make a decision on, it's become increasingly legitimized and many (mostly young) people use it to find meaningful dates, not just a hook-up. Hinge also encourages snap judgements, but it tries to offer better matches in the first place. Though both require a Facebook login, Hinge is more selective in who it presents, only giving you friends of friends.

Many sites and apps help narrow the search from the get-go. Only looking for someone who shares your faith? JDate ($30-$40 per month) and its free Tinder-like cousin JSwipe help connect Jews with other Jews, while Christian Mingle (about $14-$30 per month) is -- clearly -- where Christians mingle. There are a number of sites geared specifically to black singles, such as the aptly named Black Singles. For single parents, there's Single Parent Meet, and for people who want a partner who'll live without bread, there's Gluten Free Singles. High There is the Android app for pot smokers. San Francisco-based The League limits users to the upper echelon of education and job prospects; it currently has a waiting list of 75,000.

Coffee Meets Bagel won't overload you with options. It pulls one daily potential match from your Facebook network and delivers it predictably at noon. You have until noon the next day to decide if you're interested. Hinge keeps the number of matches per day to around a dozen or fewer, while the League caps it at five.

Some apps were founded to improve on what other apps are doing wrong. (Both Coffee Meets Bagel and Hinge, above, could fall into this category, too.) If you think most apps are focused too much on looks, consider Loveflutter, which shows you a tweet-length fact about a person before showing you his or her face, or Willow, which begins with a conversation starter. Score has a similar philosophy, but is set up more like a digital version of "The Dating Game" to get things going by giving you kooky questions to answer. Bumble only lets women initiate talks, in an effort to be "less creepy" than other apps. The Grade lets you grade other users on their bad behavior (or bad grammar in their profile).