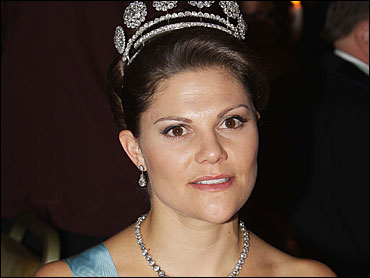 The world's biggest international news agencies declined to cover the wedding between Sweden's crown princess and her fitness trainer Saturday after a dispute over the release of television images of the event.

The Associated Press, Agence France-Presse and Reuters argued that restrictions by Sweden's national broadcaster would mean many viewers in Europe and North America would not see video images of the wedding until many hours - for some an entire day - after Princess Victoria and Daniel Westling took their vows.

The three agencies jointly issued a protest to the royal household and broadcaster SVT, calling the access restrictions unreasonable. When no resolution was reached on the video issue, the three agencies decided to withdraw coverage altogether.

"The restrictions of this newsworthy event apply only to video, but if our video coverage is unreasonably restricted, we cannot cover the event in any format," said Kathleen Carroll, the executive editor of AP. "No text stories and no photographs."

A press statement from Reuters said it was withdrawing from coverage due to the dispute. "Reuters regrets this course of action. However, Reuters remains committed to press freedom and protecting the interests and coverage rights of our global client base," the statement said.

SVT was given exclusive access to the wedding itself and imposed tight limits on allowing video of the vows to be distributed outside of Sweden. The agencies argued that the wedding is a state event of national and social significance, and should be treated as a news event - with access afforded on reasonable and timely terms.

"The royal wedding does not fall into the category of sport or entertainment. It is an event of historical importance and coverage of it should not be made subject to restrictions and commercial charges more commonly associated with private, sponsor-controlled events of that nature," said Nicole Courtney-Leaver, an executive for Reuters, in a letter on behalf of the agencies to the royal court.

SVT barred the agencies from immediately sending any video to commercial channels around Europe and North America and told them they could make use of a brief edited segment of the ceremony only for 48 hours.

Victoria, 32, and Westling, 36, were to exchange vows in Stockholm Cathedral on Saturday - the same date the princess' father King Carl XVI Gustaf wed Queen Silvia 34 years ago - in front of nearly 1,000 royals and dignitaries from across the world.

It was to be the first royal wedding in Europe since 2008, when Denmark's Prince Joachim wed Marie Cavallier of France.