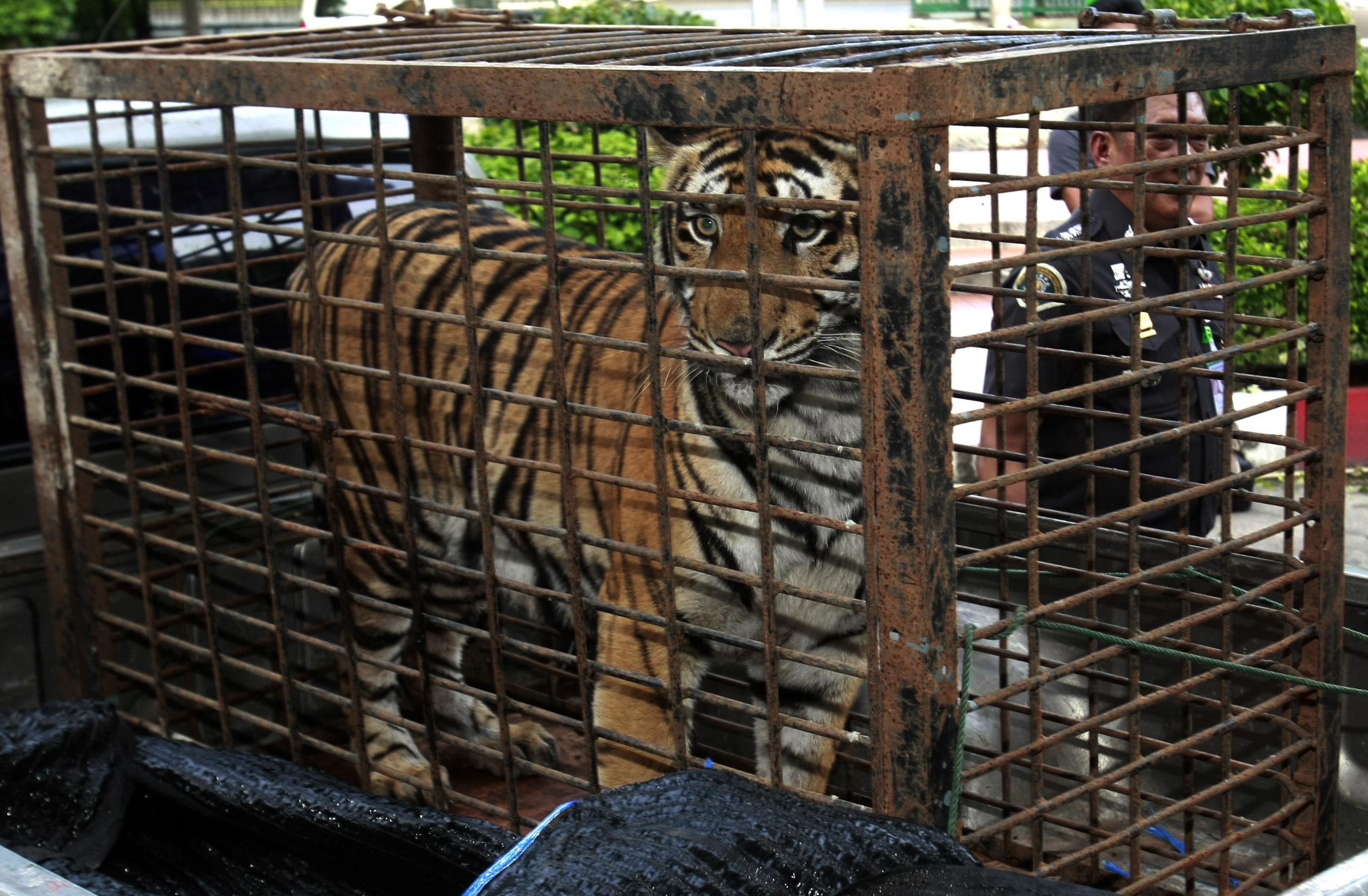 HANOI, Vietnam - Interpol has launched a campaign to help save the world's last wild tigers in the 13 Asian countries where they still exist, winning praise from conservationists.

The project will link international wildlife officials with customs and law enforcement officers in the 13 nations to help stem poaching and smuggling of tiger parts for use in expensive traditional medicines.

"Having a force like Interpol working on this will give the effort a great boost," Mike Baltzer, head of WWF's Tigers Alive Initiative, said Thursday, a day after the campaign was unveiled at an Interpol meeting in Hanoi.

Poaching and habitat fragmentation have caused Asia's wild tiger population to decline from about 100,000 in 1900 to fewer than 3,500 today, according to Interpol.

Their habitat spans China, Russia, Southeast Asia and the Indian subcontinent. Tigers do not live in the wild on other continents.

In November 2010, leaders from the 13 countries pledged to double the world's wild tiger population by 2022.

The Interpol project "will reduce trafficking in tiger parts, with the add-on effect of reducing other wildlife crime in Asia," Robert Zoellick, head of the World Bank and founder of the Global Tiger Initiative that will oversee the project, told Interpol delegates in a video address.

The project calls for connecting Asian law enforcement and customs officers with wildlife officials from the U.S., Britain, the World Bank and the Smithsonian Institution.