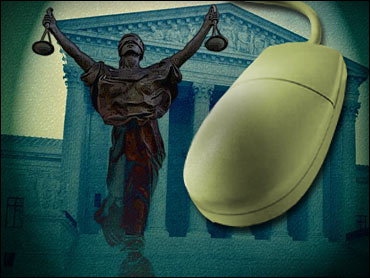 In an unusual move, the U.S. Patent and Trademark Office is reconsidering a patent affecting Internet pages that critics contend could disrupt millions of Web sites.

Citing "a substantial outcry from a widespread segment of the affected industry," deputy patent commissioner Stephen G. Kunin ordered the agency's examiners to reconsider the patent they awarded in November 1998 to three researchers at the University of California.

Kunin described the case as "an extraordinary situation." The patent office has ordered such re-examinations only 151 times since 1981 and issues about 180,000 patents each year.

The patent — No. 5,838,906 — affects how Internet sites build into Web pages small interactive programs that power everything from banner ads to interactive customer service. Eolas Technologies Inc., which was founded by one of the inventors and has licensed the patent exclusively, has begun enforcing its claims and recently won a $520 million jury award against Microsoft Corp., which quickly appealed the judgment.

Eolas said Microsoft's Internet Explorer Web browser software — used by the vast majority of Internet users — violated its patent. Microsoft has pledged to redesign its browser early in 2004 in ways that will require Web surfers to click on a dialogue box when they visit a site that employs one of the specialized programs.

Last month, the inventor of the World Wide Web urged the patent office to re-examine the patent's validity. Tim Berners-Lee said he worried that Microsoft's redesign "would render millions of Web pages and many products of independent software developers incompatible." He also feared that Web developers would respond with their own tweaks that ignore long-standing Web standards.

Kunin's Oct. 30 order was based on claims by Berners-Lee and others that patent examiners may not have adequately considered so-called "prior art" that suggested the researchers' ideas were not new. Kunin wrote that because of those claims, "a substantial new question of patentability exists."

A patent spokeswoman, Brigid Quinn, said the re-examination could take a year, but Eolas is permitted to enforce the disputed patent during that period. The patent office took just over four years to award the patent originally.