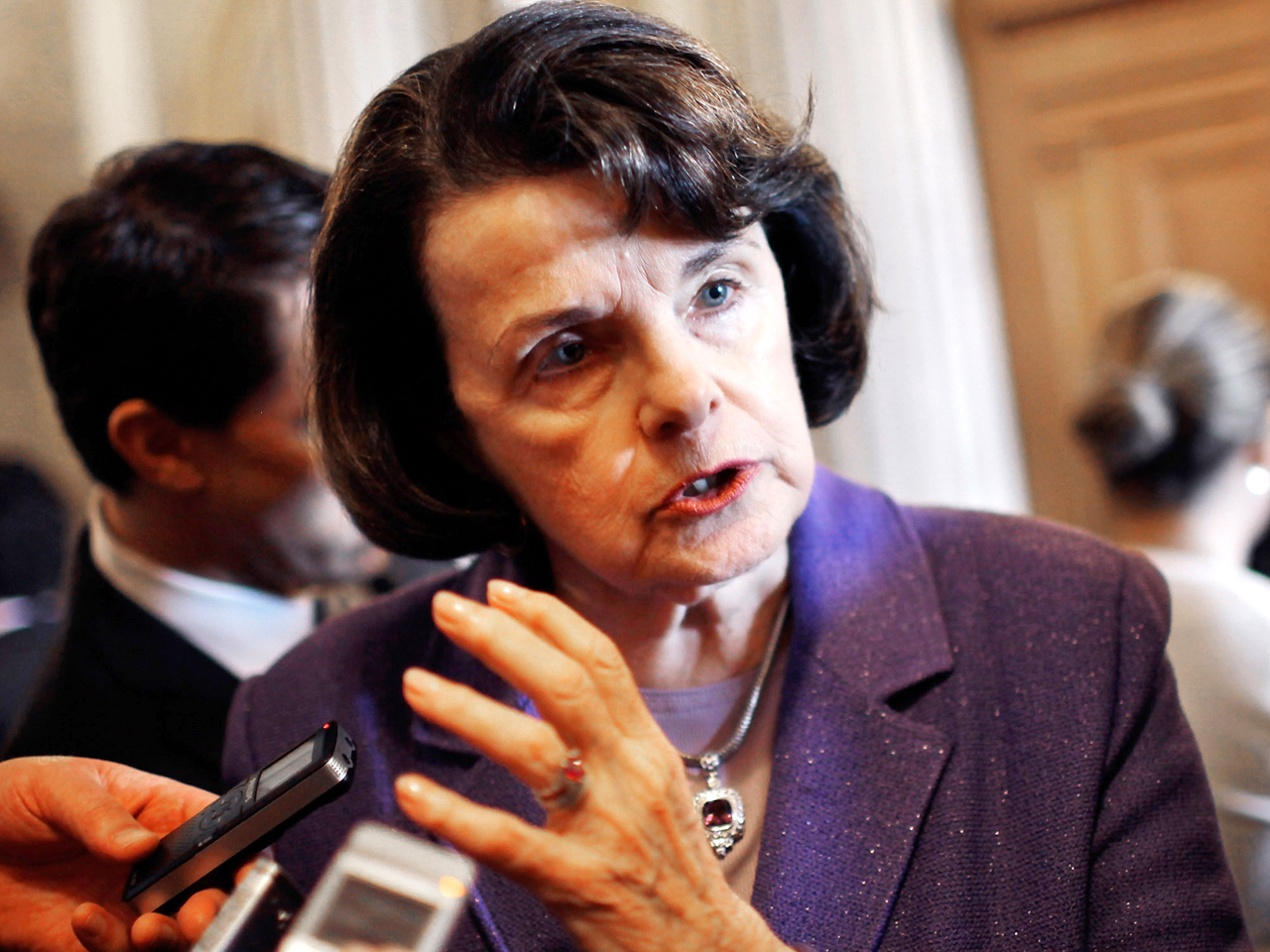 Controversy over last month's deadly U.S. Consulate attack in Benghazi, Libya, showed no signs of ebbing as the chair of the Senate Intelligence Committee questioned both the security at the American compound and the initial intelligence surrounding the assault.

When asked Wednesday by CBS San Francisco station KPIX-TV whether the Obama administration's initial response it later abandoned was the result of an intelligence flaw, Sen. Dianne Feinstein, D-Calif., indicated that talking points distributed by Director of National Intelligence James Clapper may be to blame.

"I think what happened was the director of national intelligence, which we call the DNI, who is a very good individual, the former head of the Defense Intelligence Agency, Gen. Jim Clapper, put out some speaking points on the initial intelligence assessment," Feinstein told KPIX-TV. "I think that was possibly a mistake."

The administration's response to the attack that killed the U.S. ambassador and three other Americans was a major point of contention between President Obama and Republican presidential nominee Mitt Romney during Tuesday night's presidential debate.

Romney criticized Mr. Obama for taking two weeks to call the assault a terror attack. Mr. Obama countered that he referred to the assault as an "act of terror" on the day after the assault.

On Sept. 12, Mr. Obama made reference to general "acts of terror" in his first public remarks on the assault. On the following Sunday, U.S. Ambassador to the U.N. Susan Rice said on CBS' "Face the Nation" and other political talk shows that an anti-American protest was behind the assault.

Feinstein told KPIX-TV that the talking points were distributed by Clapper's office between the two dates.

The White House has since said the Benghazi attack wasn't part of a protest but was a terrorist attack.

The administration has come under criticism from congressional Republicans that the consulate wasn't provided with enough security, an assertion backed by security officials who testified on Capitol Hill earlier this month that they asked for more protection at the site.

Feinstein, who's running for re-election, added that she plans to hold a hearing on a report due out next month detailing the State Department's findings on the assault. Congress plans to return for a lame-duck session after Election Day.

"I think we have to take a good look as to whether our intelligence, particularly in these nine Middle Eastern countries, very troubled from within, is what it should be," Feinstein said.

Feinstein's office didn't respond to a request for comment on the countries to which she was referring.