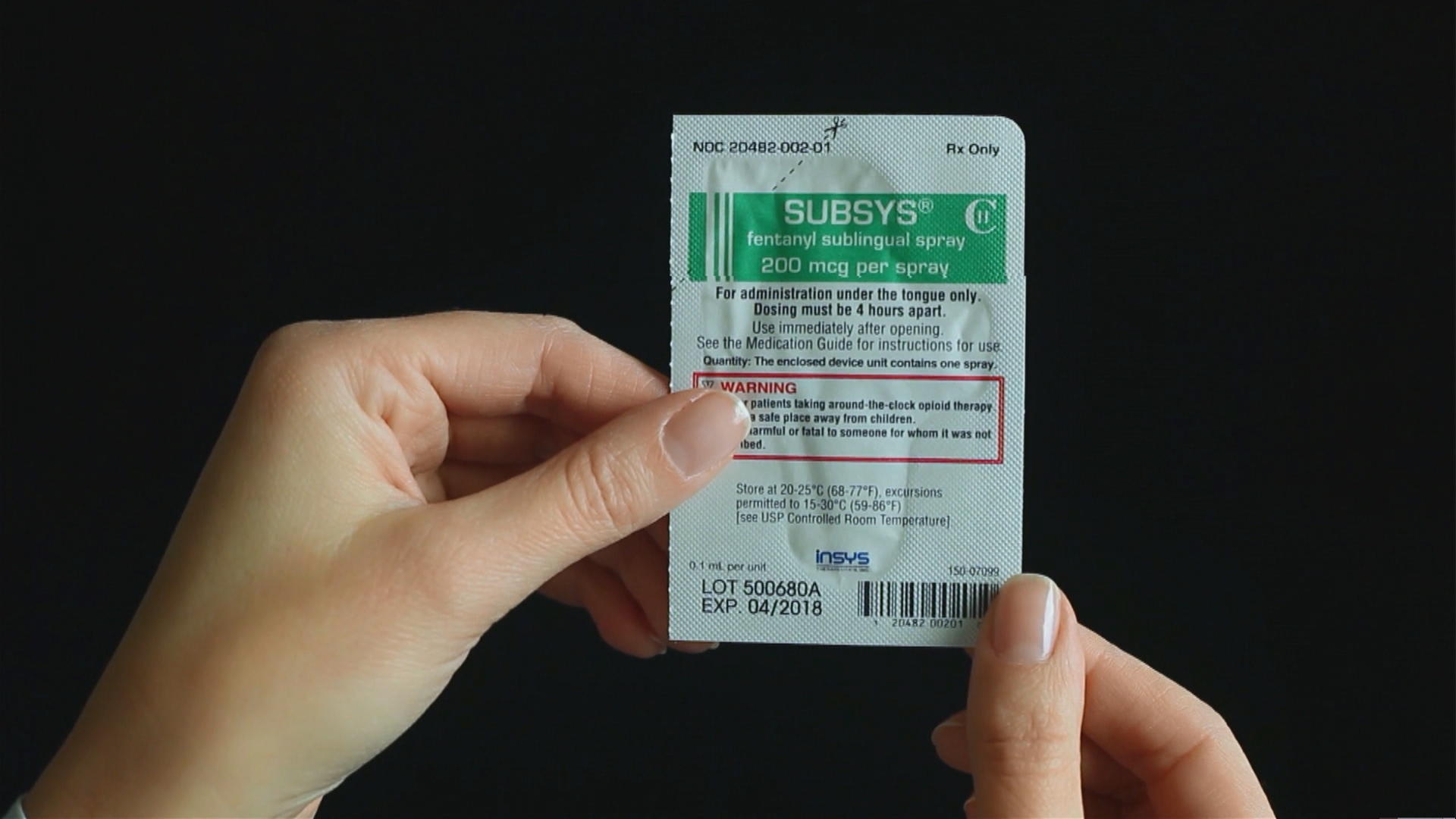 A new criminal case raises question about how some in the medical community are pushing the use of addictive painkillers.

In this case, according to the indictment, the former employees of the drug manufacturer are alleged to have rewarded doctors for prescribing their spray version of the opiate fentanyl, even when it wasn’t medically appropriate.

Every day in this country, 46 people die from an overdose of prescription painkillers. As millions of Americans have discovered, it doesn’t take much to become addicted. And the experts battling this epidemic are focusing on the way the drugs are prescribed, reports CBS News correspondent Jim Axelrod.

It was after an appendix surgery 14 years ago that Trey Laird said he became hooked on opioid painkillers.

“My body would feel sick. It was like totally the most horrible flu you ever felt if I didn’t take the pill,” Laird said. “To be able to walk out of the hospital with 90 pills and then to have two refills on that prescription -- so to be able to get 270 pills without ever seeing a doctor – in retrospect, is pretty ridiculous.”

For six years, he said he wasn’t the husband or the father he wanted to be.

The Centers for Disease Control and Prevention has said: “The United States is in the midst of an opioid overdose epidemic.” The agency reports doctors wrote 259 million prescriptions for painkillers in 2012 – enough for every American adult.

As many as one in four people currently struggle with addiction after long-term opioid treatments for non-cancer pain.

“There’s been excessive prescribing for excessive number of conditions that are indiscriminate -- outside the standard of care that is driving some of what we’re seeing currently,” said Dr. Christopher G. Gharibo, a pain management specialist at NYU Langone Medical Center.

The problem is back in the spotlight after the arrests of a half-dozen former executives and managers at Insys Therapeutics, including the company’s former CEO.

Three years ago on CNBC, Michael Babich demonstrated the company’s drug, “Subsys,” a prescription pain reliever for cancer patients which is delivered through a spray. The medication, which the company first sold in 2012, racked up $329 milllion in sales last year.

“The device that I brought with me today allows the patient to simply with no priming spray the drug underneath their tongue,” Babich explained.

According to the indictment, the defendants “conspired with one another to use bribes and kickbacks” for doctors who “wrote large numbers of... prescriptions, most often for patients who did not have cancer.”

The scheme allegedly funneled tens or even hundreds of thousands of dollars to practitioners, including one whom a sales representative boasted in an email was running “a very shady pill mill and only accepts cash.”

“Is that the exception or the rule?” Axelrod asked.

“That is clearly the exception. There is egregious criminal irking behavior out there. But that is the one percent that’s giving the 99 percent a bad name,” Dr. Gharibo said. “Most of the mis-prescribing that occurs out there I believe is actually well intended and is just done inappropriately due to lack of educational foundation.”

“This issue didn’t evolve overnight and it’s not going to be solved overnight,” said Anne Pritchett, vice president for policy and research at the Pharmaceutical Research and Manufacturers of America.

Pritchett said the drug industry supports changes, including the creation of evidence-based guidelines to lay out exactly when opioid painkillers are appropriate, and the development of new formulations that make drugs more resistant to certain types of abuse.

As for Trey Laird, he’s been clean since 2011 and now runs a sober living house in Connecticut. He suggested he might have been able to prevent his addiction, if only he’d been forced to ask for more painkillers in person.

“If I needed a refill I should have to go back to the doctor and say, ‘Hey I’m still feeling the pain.’ And then have them write a script,” Laird said. “I needed to look somebody in the eye and say, ‘I need pills.’”

The former drug company executives and managers are due back in court early next month. The lawyer for the former CEO told us he plans to plead not guilty to charges, including racketeering and conspiracy. We reached out to the other defendants but didn’t hear back.

Insys Therapeutics released a statement saying it “continues to cooperate with all relevant authorities and is committed to “complying with laws and regulations” that apply.