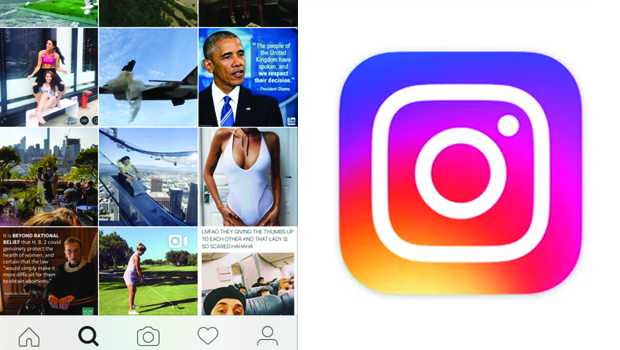 Online harassment is a serious issue. And now Instagram is taking new steps to try to stop it.

The Facebook-owned and increasingly popular photo-sharing mobile app announced Friday that it will let users filter their own comment streams by creating lists of "banned words" or entirely disabling comments.

"Our goal is to make Instagram a friendly, fun and, most importantly, safe place for self expression," the company said in a statement.

The feature will be available first to high-profile accounts such as those of celebrities like Taylor Swift, Ashley Graham and Ghostbusters star Leslie Jones, all of whom have experienced online harassment. An Instagram spokesperson said that once the company learns how best to implement the feature, it will be rolled out to all users.

"I think at this point everyone really does need to have a plan and be more proactive about it," CNET senior editor Dan Ackerman told "CBS This Morning" on Monday. "But you also can't go too far because for a lot of people social media is the entire internet. It's how people get news and information. It's how you have this robust back-and-forth conversation that we've been having online in different ways since the 90s."

Finding ways to minimize the spread of hateful comments without stifling the free and open exchange of ideas poses a big challenge for social media sites.

Ackerman noted the dilemma companies face as they try to come up with strategies to minimize trolling: "How do you do that and not turn it into sort of safe bubble where you don't hear any news or any opinions that you're not comfortable with? How do you make it robust without making it too scary for people and keeping people from feeling free to participate?"

Other social media sites have their own policies to combat online harassment, but Twitter in particular has struggled to rein in the problem. Twitter allows users to:

But those tools still leave a lot of users feeling vulnerable. "For Twitter, its a whole other problem. The platforms are so intrinsically different in the way they handle that sort of back-and-forth communication," Ackerman said. "It's hard to think that the same solution that works on one is going to work on the other."

Instagram now has more than 500 million active monthly users, significantly more than Twitter's 310 million, but still far short of the 1.71 billion people worldwide who use Facebook, the most popular social network, every month.