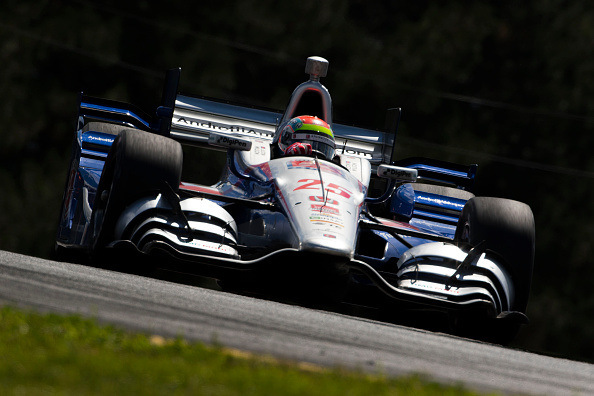 LONG POND, Pa. -- An IndyCar driver was seriously injured and fell into a coma after a series of crashes at the ABC Supply 500 race at Pocono Raceway.

Racer Justin Wilson was hit in the head by a large piece of debris that broke off Sage Karam's car when Karam spun into the wall. His car veered left, directly into an interior wall. He was listed in critical condition at a hospital in Allentown, Pa.

Wilson was swarmed by the safety crew and airlifted from the track.

Wilson's Andretti Autosport teammate Ryan Hunter-Reay won the race but was not sprayed with the traditional confetti. The American said after his win: "My first thoughts are with Justin. I have no details right now. It's a bit hard not knowing anything."