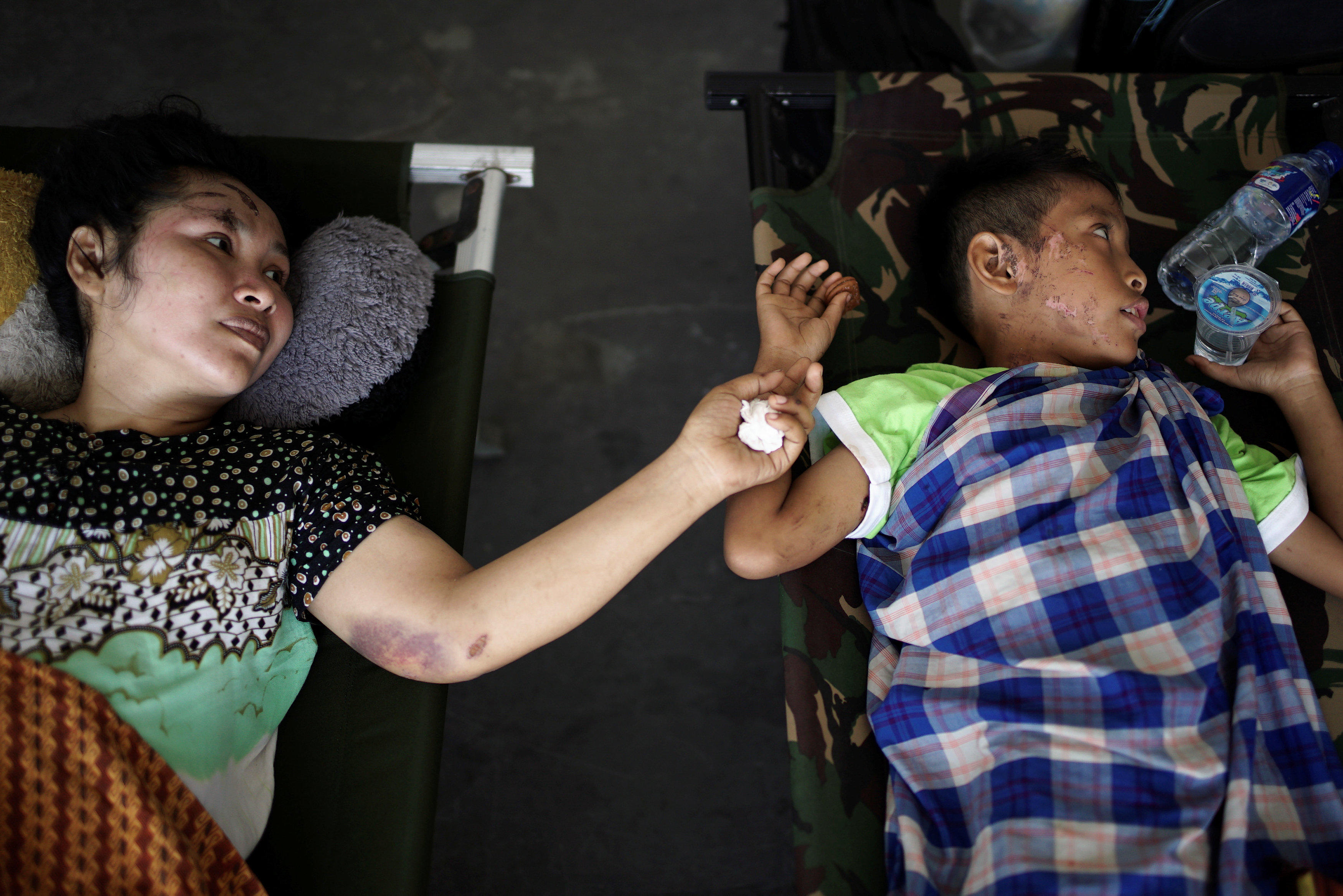 PALU, Indonesia -- Aid was slowly making its way into areas devastated by the earthquake and tsunami that struck a central Indonesian island on Wednesday, but the scale of the destruction from the twin disasters was still becoming clear. Officials raised the death toll on Wednesday to 1,407, and said more than 2,500 other people were left seriously injured.

In the battered town of Palu, one neighborhood's residents clapped, cheered and high-fived in excitement as a truck laden with supplies finally pulled up, five days after they were left homeless and isolated amid the devastation.

"I'm so happy," said Heruwanto, 63, who goes by one name. He was clutching a box of instant noodles. "I really haven't eaten for three days."

But CBS News correspondent Ben Tracy reports that aid is not arriving fast enough, and basic supplies are quickly running out. Food, water, fuel and medicine had yet to reach the hardest-hit areas around Palu, the largest city heavily damaged in Friday's disaster. Many roads were broken and split by the violent shaking or blocked by debris. Communications were limited.

At one gas station, Tracy and his team saw hundreds of people camped out with gas cans, hoping to get them filled up. A man at the front of the line, Ari, told CBS News he had been there all night long, only to find out there wouldn't be any fuel arriving on Wednesday.

He described the situation as "chaos."

"We feel like we are stepchildren here because all the help is going to Palu," said Mohamad Taufik, 38, from the town of Donggala, where five of his relatives are still missing. "There are many young children here who are hungry and sick, but there is no milk or medicine."

Officially 113 people remained missing as of Wednesday, but officials acknowledge scores of uncounted bodies could still be buried in collapsed buildings in the towns of Sigi and Balaroa. There were 70,821 displaced people living in 141 temporary camps, with some 65,700 homes and other buildings damaged in the region.

Meanwhile, a volcano erupted Wednesday morning in North Sulawesi province, about 585 miles northeast of the earthquake zone, spitting a plume of ash more than 20,680 feet into the sky. Planes were warned of the cloud billowing from Mount Soputan because the material can be hazardous for aircraft engines, but no evacuations were ordered in the area.

Kasbani, who uses one name and heads Indonesia's Vulcanology and Geology Disaster Mitigation agency, told online news portal Tempo that activity had been increasing at the volcano since August and began surging on Monday. "It is possible that the quake accelerated (the eruption)," he added.

In the quake zone, water was the main issue because most of the supply infrastructure was damaged, U.N. deputy spokesman Farhan Haq told reporters at U.N. headquarters in New York. He said the government was coordinating emergency efforts, and U.N. and relief agencies were on the ground or en route.

More than 25 countries offered assistance after Indonesian President Joko "Jokowi" Widodo appealed for international help. Little of that, however, has reached the disaster zone, and increasingly desperate residents grabbed food and fuel from damaged stores and begged for help. Widodo visited the disaster zone Wednesday, saying there's still work to be done, but that conditions were improving with businesses starting to reopen, helping people to start returning their lives to normal. He said President Donald Trump called him Tuesday night, offering assistance.

"We are going in phases. There are lots of things happening related to evacuation, as aid and fuel are also coming in," he said, noting that 30 people remain buried under rubble at the Roa Roa Hotel in Palu. "Every province has different cases, including security."

Some homeless residents weren't waiting for help. Dozens sifted through what remained of a flattened complex of warehouses along Palu's ravaged coastline, looking for anything they could salvage to help them rebuild or sell. They carted away corrugated metal, wood, piping and other items.

"We have to do this because there's no assistance from the government," said Zaitun Rajamangili, 41, adding his home was swept away but his family survived.

An aircraft carrying 3,170 gallons of fuel had arrived, and trucks with food were on the way with police escorts to guard against looters. Many gas stations were inoperable either because of quake damage or from people stealing fuel, national disaster agency spokesman Sutopo Purwo Nugroho said in Jakarta.

Indonesian military chief Hadi Tjahyanto said one armed soldier and one armed police officer would be placed on every aid truck and soldiers would be sent to secure markets, the airport and fuel depots to maintain order. He added that a Singaporean military transport plane will help evacuate victims from the airport in Palu.

Teams continued searching for survivors under destroyed homes and buildings.

Australia announced it will send 50 medical professionals as part of a $3.6 million aid package. The United States and China are among other countries that have offered assistance.

The U.N.'s Haq said the Indonesian Ministry of Social Affairs has asked the U.N. children's agency, UNICEF, to send social workers to the affected area to support children who are alone or became separated from their families. And he said the World Health Organization is warning that a lack of shelter and damaged water sanitation facilities could lead to outbreaks of communicable diseases.

Indonesia, a vast archipelago of 260 million people, is frequently struck by earthquakes, volcanic eruptions and tsunamis because of its location on the "Ring of Fire," an arc of volcanoes and fault lines in the Pacific Basin. A powerful quake on the island of Lombok killed 505 people in August.