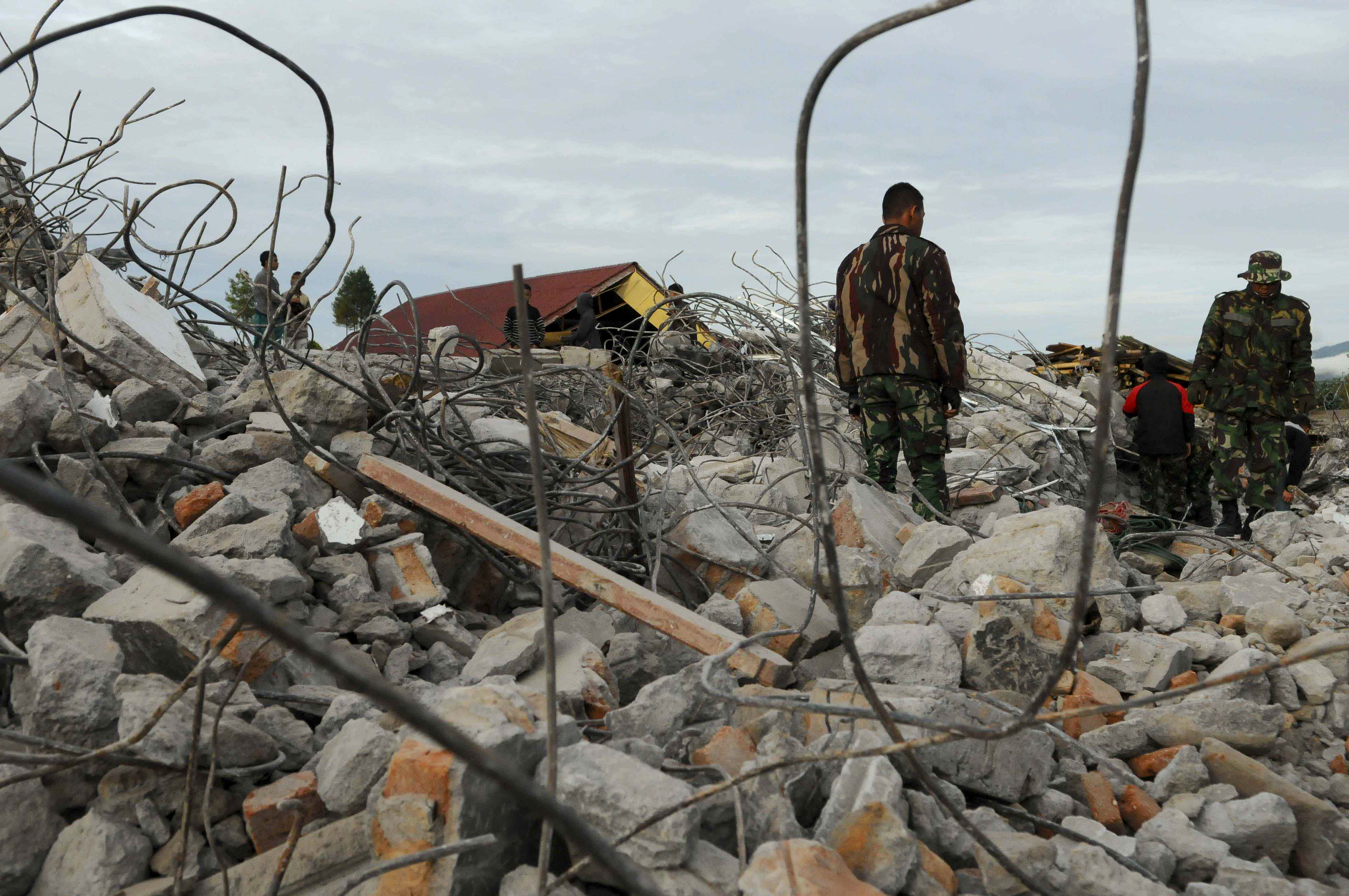 BANDA ACEH, IndonesiaSoldiers, police and volunteers fanned out across an earthquake-damaged region of western Indonesia on Wednesday, scouring the debris of fallen homes and landslides for possible victims of a temblor that killed at least 29 people and injured hundreds.

The magnitude-6.1 quake struck Tuesday afternoon at a depth of just 6 miles and was centered on the far western tip of Sumatra island in Aceh province.

Twelve people were killed and 70 others were injured by a landslide or collapsing buildings in Bener Meriah district, said Sutopo Purwo Nugroho of the National Disaster Mitigation Agency.

Fauzi, head of the local mitigation agency, said about 600 houses and building were damaged in the district, where many residents were still staying in tents outside their homes.

"What we need right now are tents, since many people prefer to stay outside," said Fauzi, who like many Indonesians uses a single name. "They all are afraid of aftershocks."

In neighboring Central Aceh district, 17 people were killed and about 350 were injured, said Subhan Sahara, head of the local mitigation agency.

Nugroho said about 1,500 houses and buildings were damaged by the quake, which also triggered landslides and caused hundreds of people to be evacuated to 10 temporary shelters.

Rescuers and other assistance teams arrived in Bener Meriah, while the air force dispatched aircraft to the region, Nugroho said.

"We are now concentrating on searching for people who may be trapped under the rubble," said Rusli M. Saleh, the deputy district chief of Bener Meriah.

He said at least 25 of the injured in his district were hospitalized in intensive care.

Indonesia is prone to seismic upheaval due to its location on the Pacific Ring of Fire, an arc of volcanoes and fault lines encircling the Pacific Ocean.