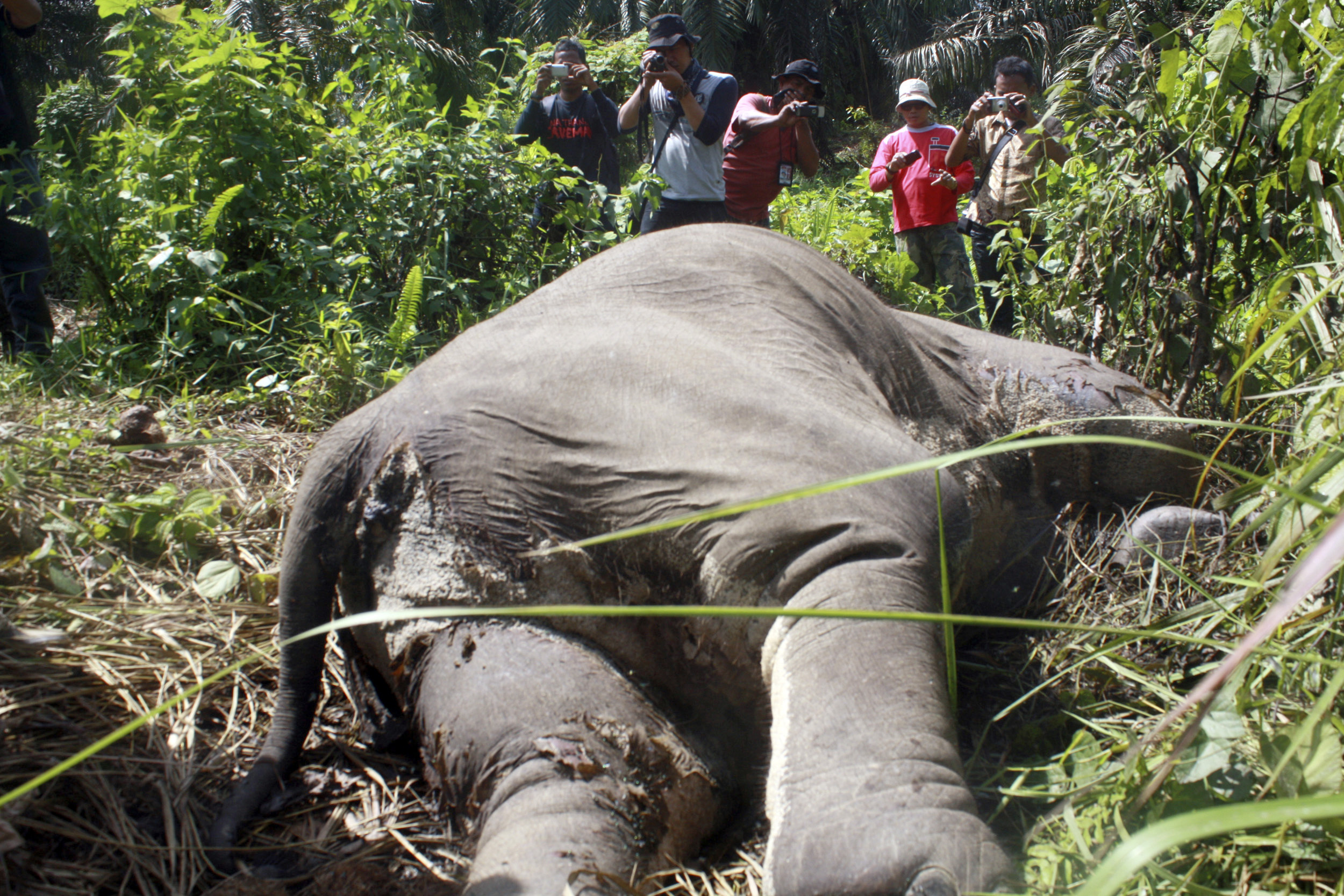 JAKARTA, Indonesia Poisoning or shooting killed many of the 129 critically endangered elephants that have died on Indonesia's Sumatra island in less than a decade, highlighting weak enforcement of laws against poaching, an environmental group says.

WWF Indonesia said killings of Sumatran elephants are on the rise, with 29 either shot or poisoned last year, including 14 in Aceh province. The group said Tuesday that no one has been convicted or jailed in the deaths that were counted in Riau province since 2004.

The report came three days after two dead Sumatran elephants were found near a paper plantation in Riau, allegedly poisoned by poachers. Another elephant was killed last month near Tesso Nilo national park and its tusks were hacked off. An autopsy found a plastic detergent wrapper in its belly filled with poison.

The group said 59 percent of the dead elephants were definitely poisoned, 13 percent were suspected to have been poisoned, and 5 percent were killed by gunshots. Others died from illness or other causes, or the reason for their death was unknown.

The International Union for Conservation of Nature listed the animals as "critically endangered" after their numbers dropped to between 2,400 and 2,800 from an estimated 5,000 in 1985. Environmentalists say the elephants could be extinct within three decades unless they are protected.

The decline is largely due to destruction of their habitat. Forests across Sumatra are being logged for timber, palm oil, and pulp and paper.

Sumatra has some of the most significant populations of Asian elephants outside of India and Sri Lanka and is also home to tigers, orangutans and rhinos.

"Effective action on the ground should be taken immediately to protect Sumatran elephants from extinction, especially in Riau," the report said. There are about 300 elephants left in Riau, which is part of Sumatra island.

Achmad Saeroji, head of the government conservation agency in Riau, denied the allegation of lax law enforcement, saying at least eight cases have been handled by authorities recently.

"We always investigate every case of elephants found dead," he said. "But it is hard to capture the perpetrators, either because of late reports or the fear of people to report the poachers, who work in a network."

Indonesia's elephants sometimes venture into populated areas searching for food. They destroy crops or attack humans, making them unpopular with villagers. Some are shot or poisoned with cyanide-laced fruit, while others are killed by poachers for their ivory.