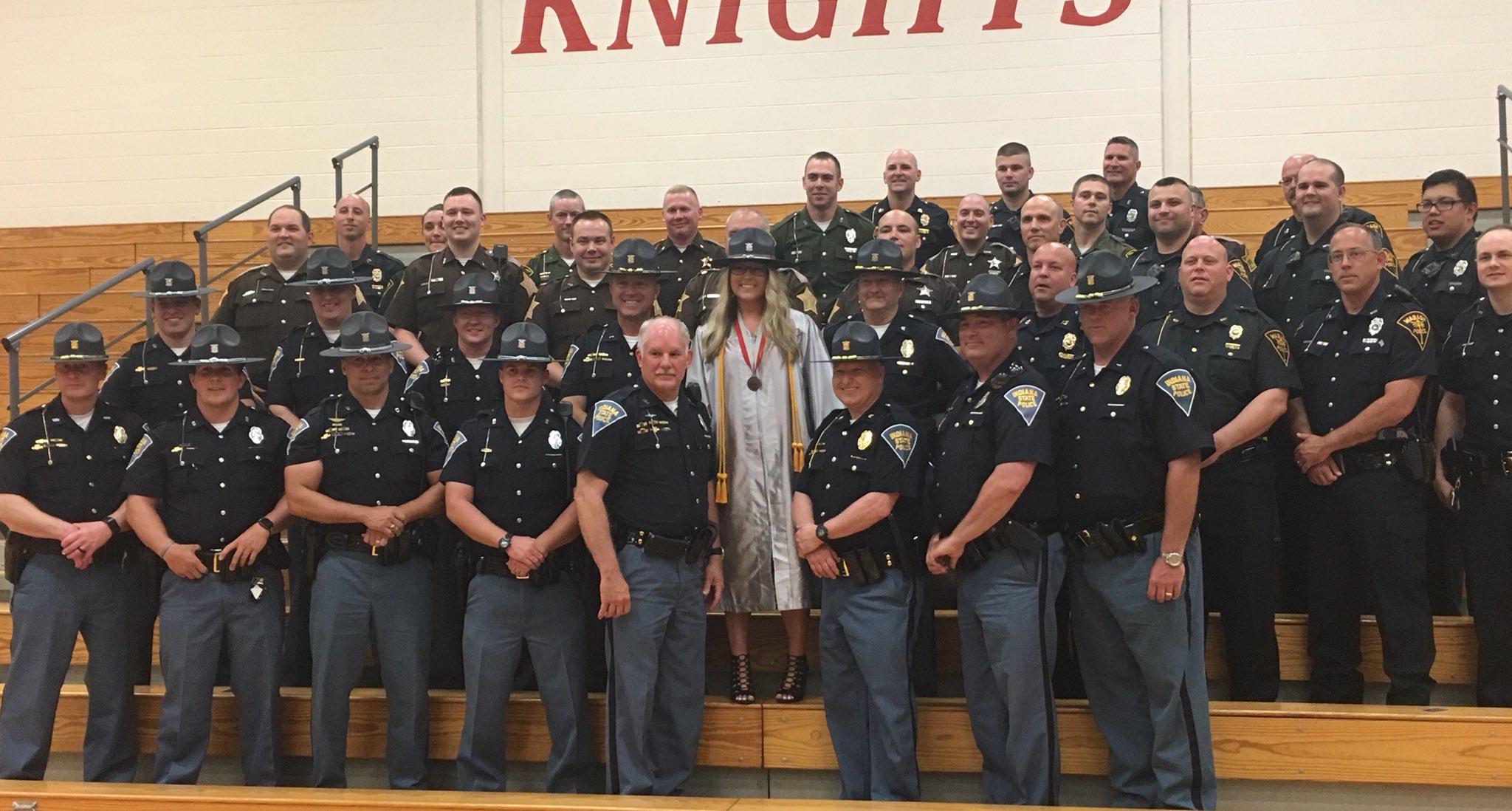 Lauren Rich's father, Master Trooper Detective Dave Rich was killed in the line of duty over a decade ago. His fellow officers made sure his daughter felt her dad's presence as she graduated high school this weekend.

Sgt. Tony Slocum, a friend of Dave's who attended Saturday's ceremony, said that Lauren was only 7 when her father was killed in the line of duty, CBS affiliate WTTV reports. He was shot while investigating a report of a stranded car.

The uniformed officers took a photo with Lauren after the ceremony, which Slocum later included in a tweet writing, "Congrats Lauren, we promise we will never forget your family's sacrifice."

Slocum also added that Dave was an "awesome guy" and "he would be proud of the great young lady Lauren has become."