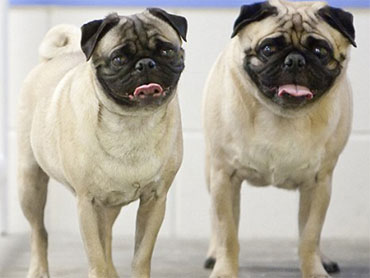 That is what Omaha police say they did after their former master committed suicide and left the two dogs locked in the same house without adequate food.

The pugs were found with their former owner earlier this month. Police said an autopsy showed the man had been dead for about two weeks of a self-inflicted gunshot wound.

Now, the two pugs have found a new home.

An unidentified Indiana couple was selected from more than 250 individuals and families interested in adopting the dogs. The couple has owned pugs for several years and has been looking to rescue more.

Humane Society officials said despite the circumstances, the dogs were unlikely to suffer from any long-term psychological effects.