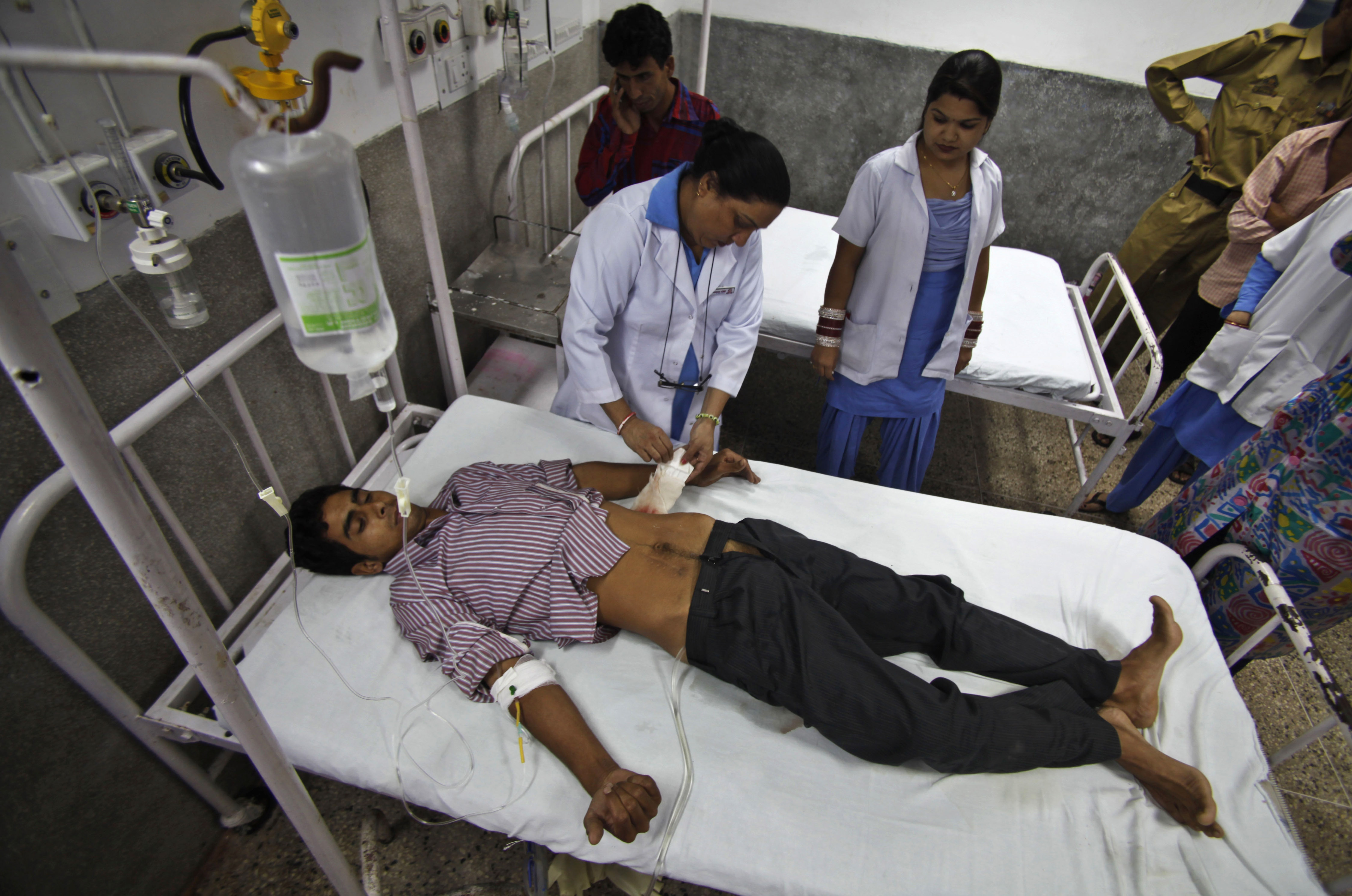 NEW DELHI India's prime minister on Thursday asked Pakistan to prevent Islamic militants from using its territory as tensions rise between the longtime rivals following the recent killing of five Indian soldiers in fighting along the disputed Kashmir border.

India feels that Islamabad is not doing enough to rein in Islamic militants. It says the Pakistani military has nurtured the militants to fight a covert war over Kashmir, though Pakistan denies the claim.

Prime Minister Manmohan Singh said Thursday that for relations with Pakistan to improve, it was essential that Islamabad prevent the use of its territory for any anti-India activity.

Singh made the comments in a speech marking the anniversary of India's 1947 independence from Britain. He is under pressure from India's political opposition to adopt a tough policy against Pakistan.

The killing of five Indian soldiers last week which New Delhi blamed on Pakistani troops could threaten recent overtures aimed at resuming peace talks between the nuclear-armed rivals. The dialogue was interrupted after an earlier fighting between Indian and Pakistani soldiers on the disputed Kashmir border in January.

Singh is likely to meet with the new Pakistan Prime Minister Nawaz Sharif in New York next month on the sidelines of the U.N. General Assembly meeting and the two are expected to give impetus to efforts to normalize ties.

The main opposition Hindu nationalist Bharatiya Janata Party asked Singh to call off his meeting with Sharif to show India's anger at the killing of Indian soldiers.

"Recently, there was a dastardly attack on our soldiers on the Line of Control with Pakistan. We will take all possible steps to prevent such incidents in the future," Singh said in his speech on Thursday.

The Pakistani army and its militant proxies have a history of using violence to sabotage outreach to India by civilian leaders, and suspicion about the generals' intentions still runs high in New Delhi.

India and Pakistan have fought two wars over control of Kashmir since they won independence from Britain in 1947. The region is divided between the two countries, who claim it in entirety.

A 2003 cease-fire agreement has largely calmed the disputed border between the countries. They occasionally accuse each other of violating it by firing mortars or gunshots, and several soldiers were killed on each side in January in cross-border attacks.

The latest round of violence began last Tuesday when, according to the Indian military, 20 heavily-armed militants and Pakistani soldiers crossed the Kashmir border and killed five Indian troops.

The Pakistani military has denied that its soldiers killed any Indian troops and accused Indian soldiers of killing a pair of civilians and wounding two others along the border over the last week.

On Thursday, an Indian army officer said the Pakistani troops have been firing intermittently on Indian positions, using small arms, automatic weapons and mortars in Mendhar sector since Wednesday night, a violation of a cease-fire in the region

There have been no injuries to Indian troops, the officer said on condition of anonymity because he was not authorized to release the information. He said the Indian troops retaliated.

Omar Abdullah, the top elected official of India's Jammu-Kashmir state, said in a tweet that two civilians, including a porter working for the army, were injured in the Pakistani firing.