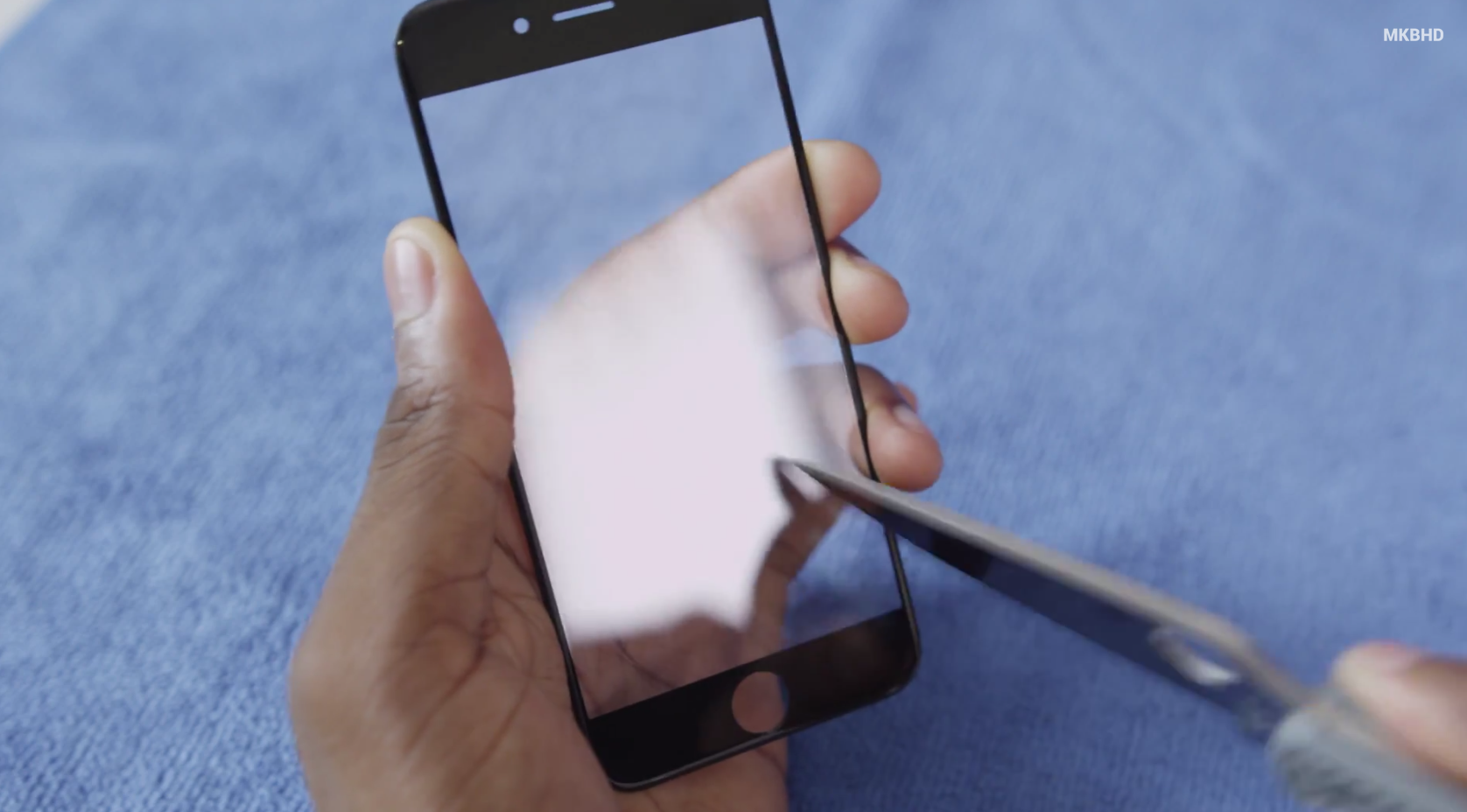 If the latest Apple iPhone rumor is correct, the next generation of the iPhone -- unofficially dubbed the iPhone 6 -- could have a nearly indestructible screen.

A YouTube video of what's purported to be the iPhone 6 front glass panel, made of sapphire crystal, shows it standing up to being stabbed with a knife, scratched with keys and bent as hard as possible.

To show just how tough the material is, video producer Marques Brownlee runs the screen through that punishing series of challenges, well beyond the daily use an average iPhone gets. He notes that in the end, the worst blemish on the surface was his fingerprints.

Apple's current iPhone 5S uses Corning Gorilla Glass for its front screen, but uses sapphire to protect the camera, as well as for its Touch ID fingerprint sensor.

The panel tested in the YouTube video is said to be that of a 4.7-inch screen -- suggesting that perhaps the sapphire screen would be available on a smaller iPhone, not just the larger 5.5-inch one, as previous rumors suggested.

After months of speculation, Apple announced in November that it would enter into an partnership with Massachusetts-based GT Advanced Technologies, agreeing to prepay $578 million "at an Apple facility in Arizona." The company owns and operates the furnaces that produce the sapphire glass for Apple, according to CNET.

In April, tech blog 9to5Mac reported that Apple had begun supplying Chinese suppliers with sapphire glass from a factory in Arizona.

Reasons for the increased sapphire glass production has been highly speculated, ranging from the long-rumored iWatch to a larger 5.5-inch iPhone.