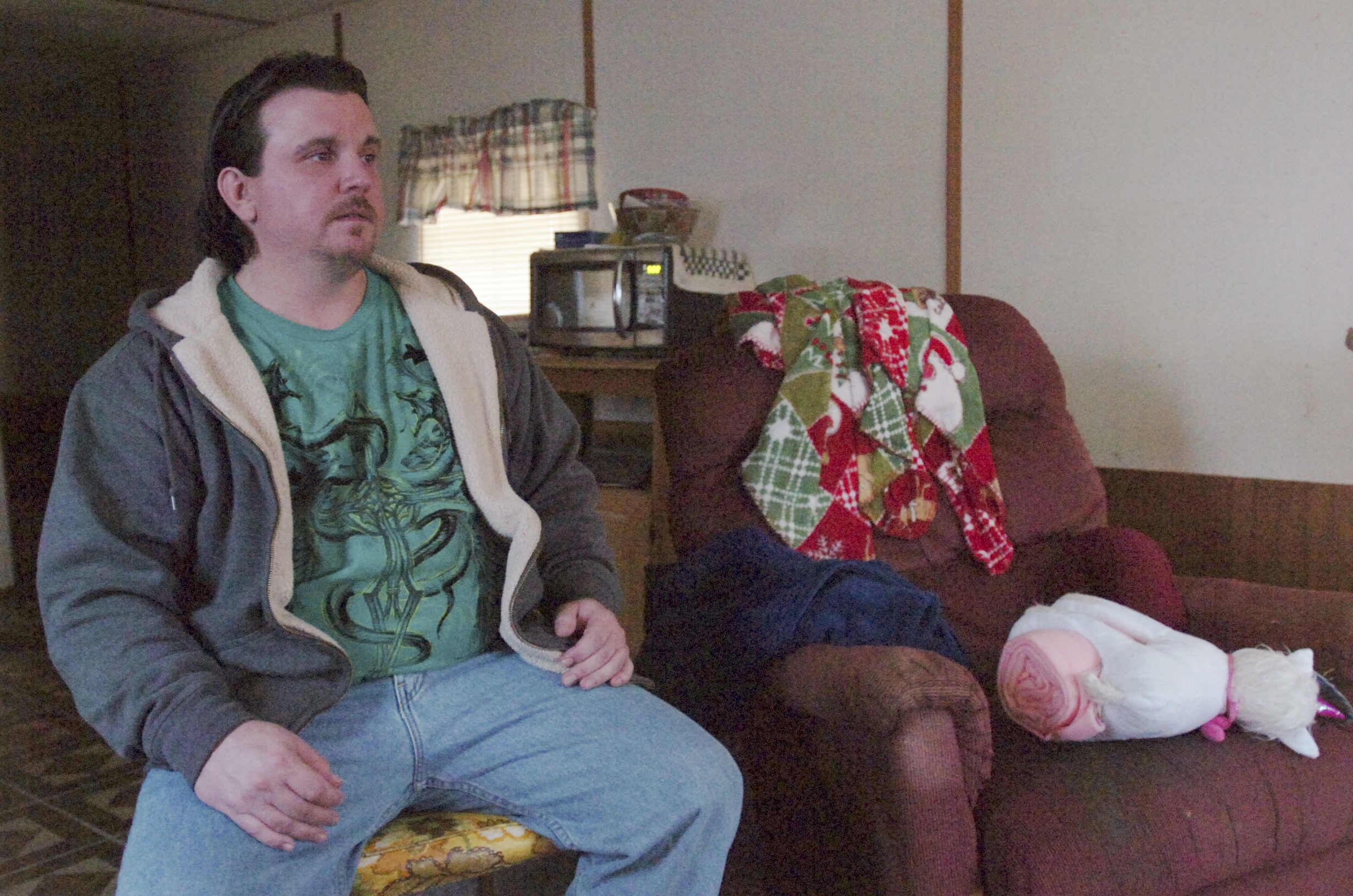 FORT WAYNE, Ind. - A babysitter and trusted neighbor has confessed that he bludgeoned a 9-year-old Indiana girl to death with a brick then dismembered her, hiding her head, hands and feet at his home and dumping the rest of her remains nearby, police said Tuesday.

According to the affidavit, Plumadore told police that after beating Aliahna to death, he stuffed her body into trash bags and hid her in the freezer at his trailer. He said he later chopped up her body and stuffed her remains into freezer bags.

Police said Plumadore told them he had hidden Aliahna's head, feet and hands at his trailer and that he had discarded her other remains at a nearby business. Police obtained a warrant to search his trailer on Monday and found the body parts.

A judge ordered Plumadore held without bail or bond at an initial hearing Tuesday, sheriff's department spokesman Cpl. Jeremy Tinkel said. He has yet to be formally charged in Aliahna's death.

Aliahna and her two younger sisters were staying with Plumadore because their mother had been sick with the flu.

"He was a trusted family friend," Aliahna's step-grandfather, David Story, told The Associated Press late Monday, saying he was surprised by the arrest.

Plumadore told The Journal Gazette on Sunday that Aliahna disappeared from his home Friday morning while he was sleeping after having gone to a gas station about a mile away to buy a cigar. Authorities have said the store's surveillance video shows him there about that time.

More than 100 emergency workers searched for her Saturday around the rundown mobile home park where Aliahna and Plumadore lived and FBI agents were there Monday.

Allen County Sheriff Ken Fries said Plumadore told investigators on Monday where the girl's body could be found, ending the hopes of authorities that Aliahna would be found safe.

"It did come to a horrible conclusion," Fries told CBS affiliate WANE-TV. "We have somebody in custody now who can pay the price for it."

Aliahna's mother, Tarah Souders, told The Journal Gazette on Sunday that her daughter had vision, hearing and emotional problems and suffered from attention deficit disorder. Aliahna and her sisters were staying with Plumadore because their mother had been sick with the flu and Aliahna's stepfather works at night and sleeps during the day.

Plumadore told the newspaper Sunday that he left the three girls in his mobile home about 6 a.m. Friday and went to a gas station about a mile away to buy a cigar. Authorities have said the store's surveillance video shows him there about that time.

"I had dead-bolted the door," he said. "When I got back, all the girls was here."

He said he smoked his cigar and went back to sleep, then woke up about 10 a.m. when Aliahna's mother called. After that call, he realized the door to the home was unlocked and that Aliahna was gone. He said Aliahna's 6-year-old sisters told him Aliahna had left with her mother.

Plumadore said it wasn't until he talked with Aliahna's mother about 8:30 p.m. that they realized she was missing and police were notified. Souders said the miscommunication caused the delay in determining that Aliahna had vanished.

The sheriff said Plumadore was arrested after being interviewed by detectives for several hours Monday — and was also questioned Friday and Saturday.

"The story just didn't make sense to our investigators or to me when I first heard it," Fries said. "I thought this is the guy we needed to focus on. If we are going to find her, he's going to be the one who has the answers for us."

Elizabeth Watkins, who lives nearby, said residents are cautious and keep to themselves in part because of the number of sex offenders living in the mobile home park. According to a state website, 15 registered sex offenders live in the park that numbers about two dozen homes. Watkins and she didn't know Plumadore and was shocked when told of the girl's death.