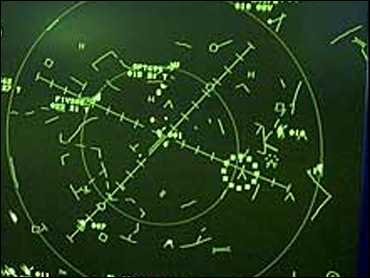 No one was hurt in the Sept. 22 incident, and more than 100 feet separated the planes in what a Federal Aviation Administration spokesman characterized as a minor runway incursion but the airport director, Randall Walker, called a "near-miss."

"They admitted there was a controller error," Walker said. "One plane was allowed to land where another plane had just crossed."

The FAA said it did not appear the pilots of America West Flight 539 to Cleveland and Air Canada Flight 593 from Toronto had to take evasive action.

The controller, whose name was not released, was faulted for allowing the Air Canada jet, which had just landed, to taxi across a runway where the America West jet was taking off.

"They were more than 100 feet apart, we don't know how much more," FAA spokesman Donn Walker said. "The Air Canada jet had already finished crossing the runway when the America West jet flew over the runway at about 100 feet."

The controller was removed from duty immediately after the incident and decertified, Donn Walker said. He could be recertified as a controller if he undergoes remedial training, the spokesman said.

The controller had more than 10 years of experience at McCarran, the United States' sixth-busiest airport.