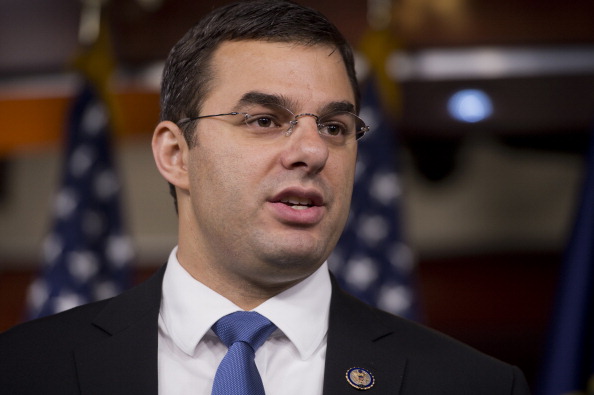 Rep. Justin Amash, R-Mich., eschewed political norms Tuesday in a victory speech after his primary win, demanding an apology from his newly-defeated opponent for a "disgusting, despicable smear campaign."

Amash, who won the primary by 14 percent, refused to take a concession call from challenger Brian Ellis, a Chamber of Congress-endorsed businessman who ran a highly negative campaign.

"You owe my family and this community an apology for your disgusting, despicable smear campaign," Amash said in his speech. "You have the audacity to try and call me today after running a campaign that was called the nastiest in the country. I ran for office to stop people like you."

During the campaign, Ellis attacked Amash, the father of three young kids, for a gender-selection abortion vote with an ad featuring babies wrapped in pink blankets disappearing from their cribs. Another ad alleged that the representative was "al Qaeda's best friend" in Congress.

"I'm an Arab-American, and he has the audacity to say I'm al Qaeda's best friend in Congress. That's pretty disgusting," Amash commented in a TV interview later.

In his victory speech, Amash also directed attacks at Pete Hoekstra, a former Michigan congressman who failed in his bid for Senate in 2012 and later endorsed Ellis.

"You are a disgrace," Amash said. "And I'm glad we could hand you one more loss before you fade into total obscurity and irrelevance."

Though Ellis financed his campaign with over $1 million out of his own pocket and received support from the Michigan Chamber of Congress, Amash had huge backing from libertarian groups and conservative networks like Club for Growth and Americans for Prosperity.

Amash, who has been called the House's "new Ron Paul," concluded his speech: "I'm going to go back to Washington, and I'm going to continue to fight for liberty, the Constitution, and for you."

The consequences Trump could face for mishandling White House records
Thanks for reading CBS NEWS.
Create your free account or log in
for more features.
View CBS News In
CBS News App Open
Chrome Safari Continue
Be the first to know
Get browser notifications for breaking news, live events, and exclusive reporting.