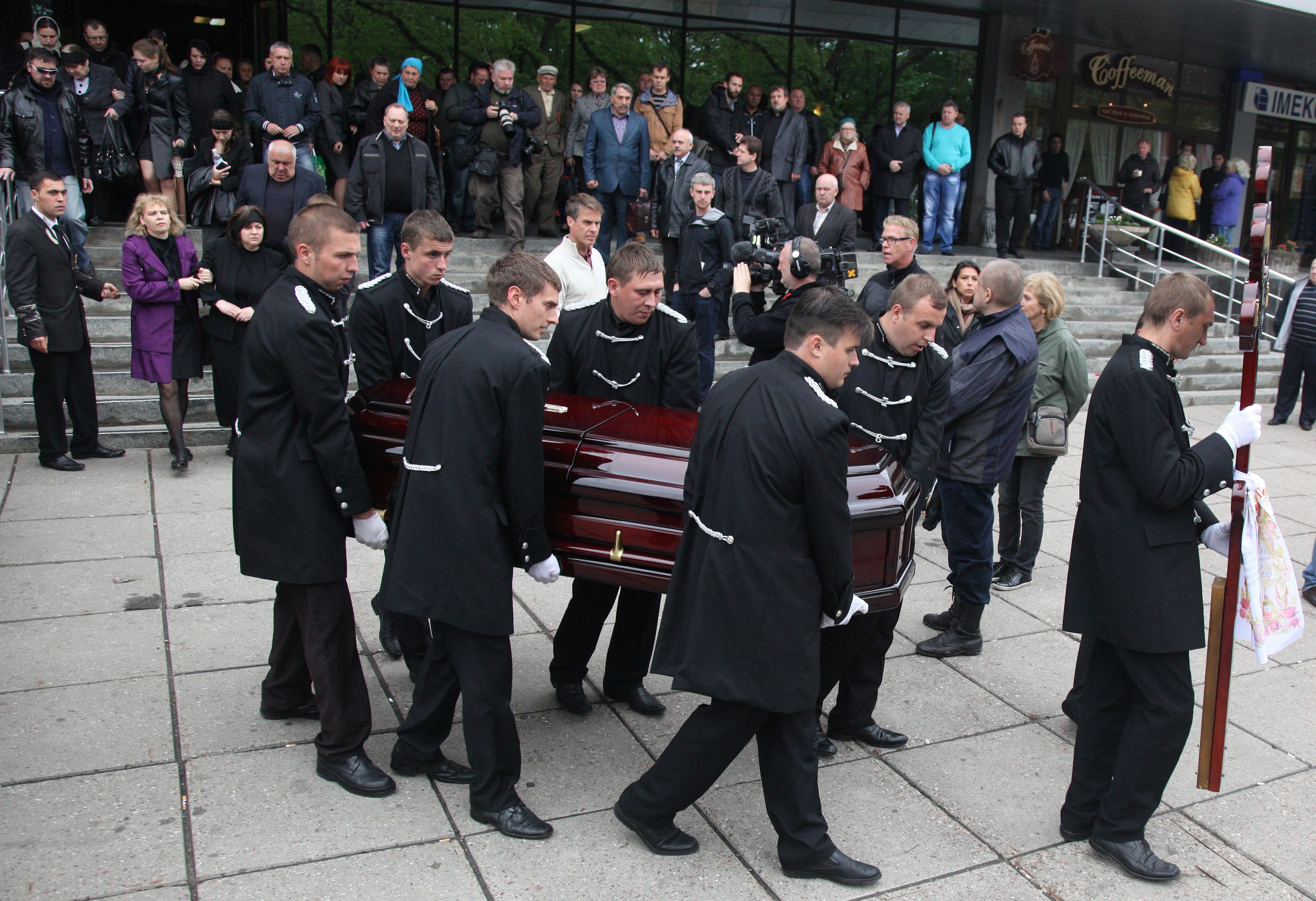 ODESSA, Ukraine - Ukraine sent an elite national guard unit to re-establish control over the southern port city of Odessa on Monday and troops fought pitched gunbattles with a pro-Russia militia that had seized an eastern city.

The twin moves reflected an apparent escalation of efforts in Ukraine's escalating crisis to bring both regions back under Kiev's control. The possible loss of Odessa in the southwest and parts of eastern Ukraine could be catastrophic for the new government, leaving the country landlocked, cut off entirely from the Black Sea.

Ukraine already lost a significant part of its coastline in March, when its Black Sea peninsula of Crimea was annexed by Russia.

Gunfire and multiple explosions rang out in and around Slovyansk, a city of 125,000 people that has become the focus of the armed insurgency against the new interim government in Kiev.

Interior Minister Arsen Avakov said in a statement that government troops were battling about 800 pro-Russia forces, which were deploying large-caliber weapons and mortars. His agency reported four officers killed and 30 wounded in the fighting.

A pro-Russia militia spokesman in Slovyansk said an unspecified number of people were killed and wounded in the clashes, including a 20-year-old woman killed by a stray bullet.

Both sides indicated fighting was taking place at several sites around the city.

An Associated Press crew saw at least four ambulances rushing injured people to a city hospital. At least one militiaman was seen being carried in for medical treatment.

The action comes a day after a large pro-Russian mob stormed the police headquarters in Odessa and successfully freed several dozen protesters who had been arrested following violent clashes earlier in the weekend. More than 40 people died in the earlier clashes, some from gunshot wounds but most from a fire that quickly raged out of control and trapped people in a building.

Ukraine is facing its worst crisis in decades as the polarized nation of 46 million tries to decide whether to look toward Europe, as its western regions want to do, or improve ties with Russia, which is favored by the many Russian-speakers in the east.

In the last few weeks, anti-government forces have stormed and seized government buildings and police stations in a dozen eastern Ukrainian cities. Authorities in Kiev - who blame Russia for backing the insurgents - have up to now been largely powerless to react. And since Russia has kept tens of thousands of troops along Ukraine's eastern border - and annexed its key Black Sea peninsula of Crimea last month - Ukraine's central government fears Russia could try to invade and grab more territory.

CBS News correspondent Clarissa Ward reports that many citizens in eastern Ukraine blame the violence on the government in Kiev. A military offensive to take back towns that have fallen to pro-Russian rebels has been greeted with anger and resistance by locals.

"Russia help us," one woman said in a public plea to CBS News. "They'll wipe us of the face of the Earth."

Listening to that woman, Ward reports it's possible to really get a sense of the amount of misinformation being disseminated on the ground. Many people here are being told that the government in Kiev is sending right-wing extremists to come and kill them, fueling tensions further.

With tears and red roses, pro-Russia activists gathered Monday in Odessa for the funeral of a regional member of parliament, Vyacheslav Markin, who died two days after the fire from his burns. Markin was known for speaking out against the central government in Kiev.

Activists shouted "Hero! Hero!" and vowed to avenge his death.

"Kiev doesn't control the situation in the country, Kiev controls only one half of Ukraine," said 32-year-old Dmitry Sheiko, who was wearing the St. George black-and-orange ribbon, a ubiquitous symbol of the pro-Russia protest movement. "Even in Odessa they can't maintain order, which means that we will restore order ourselves."

Since the government began trying to take back the buildings late last week, Slovyansk has been under a tight security cordon. Movement in and out of the city has ground almost to a halt, causing shortages in basic supplies. Lines have been seen at grocery stores.

It is difficult to establish how much popular support the gunmen who effectively control Slovyansk truly enjoy. The insurgency has proven hostile to supporters of the Kiev government that came to power after the toppling of Russia-friendly President Viktor Yanukovych.

European military observers operating under the auspices of the OSCE who were held captive for more than a week by insurgents in Slovyansk were freed Saturday. But the city's self-declared "people's mayor" - Vyacheslav Ponomarev - has boasted that he holds an unspecified number of other captives. They are believed to include Ukrainian journalists, activists and politicians.

The goals of the insurgency are ostensibly geared toward pushing for broader powers of autonomy for the region, but some insurgents do favor separatism and the annexation of Crimea looms over the entire political and military discussion.

Russia, which the international community has accused of promoting the unrest, has vociferously condemned Ukraine's recent security operations in the east.

"Through the justification of arson, military operations and the killing of Russians in Ukraine, the Kiev government is destroying the basis for the existence of a united country," Pushkov said on Twitter.