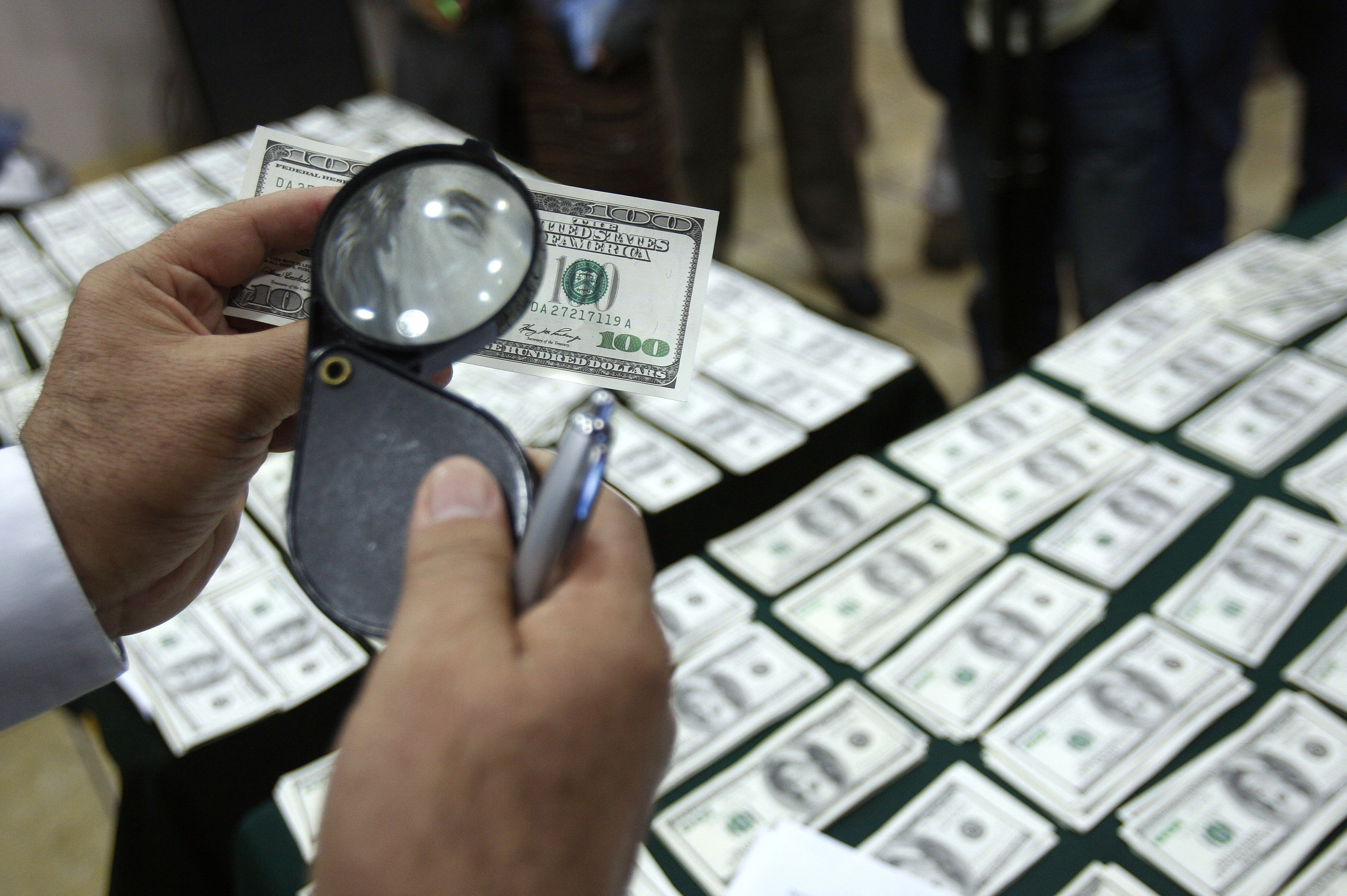 LIMA, Peru The police colonel was stunned by the skill of the 13-year-old arrested during a raid on counterfeiters in Lima's gritty outskirts, how he deftly slid the shiny plastic security strip through a bogus $100 banknote emblazoned with Benjamin Franklin's face.

The boy demonstrated his technique for police after they arrested him on the street with a sack of $700,000 in false U.S. dollars and euros that he'd received from a co-conspirator and he led them to a squat house where he and others did detail work.

With its meticulous criminal craftsmen, cheap labor and, by some accounts, less effective law enforcement, Peru has in the past two years overtaken Colombia as the No. 1 source of counterfeit U.S. dollars, says the U.S. Secret Service, protector of the world's most widely traded currency.

In response, the service opened a permanent office in Lima last year, only its fourth in Latin America, and has since helped Peru's police arrest 50 people on counterfeiting charges.

Over the past decade, $103 million in fake U.S. dollars "made in Peru" have been seized - nearly half since 2010, Peruvian and U.S. officials say. Unlike most other counterfeiters, who rely on sophisticated late-model inkjet printers, the Peruvians generally go a step further - finishing each bill by hand.

"It's a very good note," said a Secret Service officer at the U.S. Embassy. "They use offset, huge machines that are used for regular printing of newspapers, or flyers."

"Once a note is printed they will throw five people (on it) and do little things, little touches that add to the quality," he said, speaking on condition he not be further identified for security reasons.

The phony money heads mostly to the United States but is also goes smuggled to nearby countries including Argentina, Venezuela and Ecuador, said Col. Segundo Portocarrero, chief of the Peruvian police's fraud division.

Peru became more attractive to counterfeiters as Washington's decade-long Plan Colombia program tightened the screws not just on drug traffickers in that neighboring Andean nation but other criminals as well, he speculated.

Counterfeiting in Peru, meanwhile, got better.

"It's much more profitable than cocaine," said a top investigator on Portocarrero's team, noting another of Peru's illegal exports.

U.N. crop estimates suggest Peru has also overtaken Colombia as the world's leading cocaine producer. But the investigator, who spoke on condition of anonymity for security reasons, said counterfeiting is a better business since cocaine production has much higher overhead and transport and processing are far more complicated. Criminal penalties tend to be much higher as well.

Counterfeiters earn up to $20,000 in real currency for every $100,000 in false bills they produce after expenses, the investigator said.

He described the process:

First, design: Software such as Corel Draw or Microsoft Office is used. Then comes photolithography, the etching of metal plates, offset printing and finishing.

Finishing is next: A sheet of bills is lightly coated with varnish. Individual bills, typically 12, are then cut from the sheet.

Security strips are inserted with needles and affixed with glue applied with medical syringes. (Hold a $20 bill up to the light and you can see a strip with "USA TWENTY" printed repeatedly across it).

The bills now pass through what counterfeiters call an "enmalladora," or netting machine: Two rollers covered with coarse fabric to give them a rough texture.

The last step: Sand down the bills with fine sandpaper.

"It takes four or five days to make $300,000" in counterfeit notes, the investigator said.

Well-crafted bills are easily introduced into circulation in the United States in retail stores, where clerks are less vigilant, the Secret Service agent said.

Only $100 bills get shipped by counterfeiters to the United States, while $10s and $20s are sent to Peru's neighbors, Portocarrero said. Demand is particularly great in Argentina and Venezuela because currency controls make the dollar so coveted and they mostly circulate on the black market.

Counterfeiters employ the methods of cocaine traffickers to get their product abroad: Couriers carry notes in false-bottom suitcases, hide them in handcrafts, books, food products. People have even swallowed bills rolled up in latex for intestinal journeys.

As far as Peru's police can tell, their nation's counterfeiting business is run by domestic syndicates.

Top bands include "Los Nique," for whom the 13-year-old was working when he was arrested in 2012. Its boss, Joel Nique Quispe, was also arrested last year and sentenced to 12 years in prison. With good behavior, he could be out in four years. The 13-year-old, who cannot by law be identified because he is a minor, was released. He was not charged because of his age.

Another band is headed by Wilfredo Cobo, who is also in prison. First arrested in 2008, he was released two years later and arrested again last year. Portocarrero said Cobo used brothers in Italy, Spain and France to introduce counterfeit euros into Europe, routing them through Chile and South Africa.

For all their skill, says Portocarrero, Peruvian counterfeiters' handiwork will always get tripped up by the infrared scanner banks used to authenticate currency. That, he says, owes to their continued reliance on standard "bond" paper, the variety used by consumers that is available in stores and that easily disintegrates when wet.

If they were able to obtain "rag" paper, the cloth type used for banknotes, all bets would be off, Portocarrero said.

"The day they get it and perfect the finish a bit more, (their bills) will go undetected."