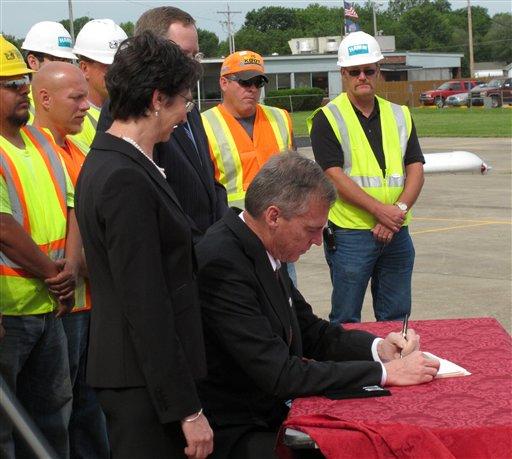 With all the news about the sad state of education in inner city schools these days -- the gangs, the drugs, the high dropout rates -- here's one thing you may not have heard about: a successful high school in Chicago where every graduating senior is accepted to college.

It's called Cristo Rey, and what puts it in a class by itself is that one day a week, the kids skip class to go to work at white-collar corporations all over the city. As Correspondent Vicki Mabrey reports, they're working at places like Ernst and Young, Bank One, and the Chicago Board of Trade.

It's a world away from everything they know. But they're fast learners.

Many of the students at Cristo Rey are the first in their family to graduate from high school. With its small class sizes, these carefully selected students have the chance to get the best education money can buy – math, science, American literature, taught in English and Spanish.

But back in 1996, when Father John Foley and his fellow Jesuits started Cristo Rey, they knew the students in this neighborhood couldn't afford the nearly $9,000 a year tuition. So the school approached Chicago businesses for help, but not for charity.

"We went out and knocked on doors, and said, 'Would you give us a job?' In other words, would you hire our students," recalls Foley. "And I remember one day we came back home and we said, 'We're getting too many yeses. This is gonna work. We're going to have to do this.'"

Foley said it started off as a way to simply pay the bills. But it's turned into a way to get these kids corporate training.

What do they look for when they're interviewing students? "We look for people who are capable of answering a question," says Foley. "And with a certain amount of spunk. You have to be employable to be a student at this school."

Students at Cristo Rey spend four extended days a week in class – and one class at work. The school has its own employment agency, down the hall from the principal's office. It's also sent more than 2,500 students off to work since the school started.

Whether they're filing banker's records, delivering lawyers' briefs, or crunching an accountant's numbers, their entry level salary goes straight to the school to pay most of their tuition.

To get ready for the corporate world, ninth-graders go to freshman boot camp for what could be called "First Impressions 101." They learn the firm handshake, good eye contact, and dressing for success. They also learn how to answer phones, and use the copy machine.

Apparently, it works. Student employment has paid the bills for eight years, but on the first day, kids were sent off to work.

Foley says he was nervous: "I wanted to hide under the desk. I didn't know whether they'd be back in 15 minutes, saying, you know, 'Are you nuts? What are we supposed to do with these kids?' And what was my surprise when the person in charge of the program came into my office and said, 'You won't believe this, the sponsors are calling me and thanking me for the students that we're sending them.'"

Senior Alex Macias remembers her first day on the job. Arriving at the looming corporate towers of downtown Chicago was the culture shock of her young life, because she never thought she would ever work downtown.

Her supervisor, Sunny Lentini, believes that what some students lack in experience, they make up for in sheer will. "Even the young ones, the freshmen, they have the get-back-on-the-horse attitude," says Lentini.

"It's been the experience of a lifetime," says Macias. "It's great. I mean, I'm going to graduate high school saying that I worked at four different corporate offices."

For most of these kids, the idea that they could succeed at anything is a revelation. In these offices, they learn just how far they can go. "We're looked at as equals. It surpasses that we're Hispanic," says Macias. "It surpasses that we're 16, 17, 14, and says, 'Here, go into the corporate world. You're destined to work in these big buildings and who knows – maybe be the CEO of them one day."

To help them reach those kinds of goals, students are given a rulebook on their first day. It's their bible, and there are a lot of rules.

"The most I got in trouble was for a haircut," says Americo Ochoa, who had shaved his head the way the local gangs do. He received detention for every week it took his hair to grow back. The dress code is loosened up at dances, but security is tighter than ever.

"A lot of the teachers, they chaperone the dances," says Macias. "And if you're dancing a little too close, Mr. Connelly's favorite line, he'll tap you on the shoulder and he'll say, 'Oh, let's leave some room for the holy spirit.'"

For two years, English teacher Rafael Torch, also dean of students, has served as the dress code enforcer. And he thinks the school could be tougher. "We've had gang problems here. Shootings happen and people die," says Torch. "This is happening in their neighborhoods."

It happened to Sergio Garcia, who would have been Cristo Rey class of 2004. He was bright, popular, and he was shot and killed on his block last year. It's not known if he was in a gang, but Torch says despite several warnings, Garcia kept breaking the No. 1 rule: no fraternizing with gang members.

Does Torch feel like he's failed him? "Yeah. I went through at least a few weeks where I was, you know, what could I have done," says Torch. "Maybe I should have been violent with the kid, like physically taken him in my hands and shaken him, [and said,] 'You're gonna die, kid. That's simple as that.' He knew it. I knew it and he went off and did it."

After Garcia's murder, Torch cracked down, expelling five other boys for associating with gangs. He says that's not hard to do when gang members are friends, neighbors, even family.

"You are in a gang, or you are not. And if you are gonna come to school, and you're gonna act like one, if you're going to recruit, if you're going to instill fear in others, we don't want you here," says Torch. "Go to the public school. Good luck. … We're here to educate. We're not here to rehabilitate gang-bangers."

At Cristo Rey, they focus on the kinds of kids, like Ochoa, who think math awards are something to cheer about. "I thought I was gonna get through high school, and then after that, I'm gonna work construction, because my dad works construction. But now, it's college. I want to go to college."

Unfortunately, in an area with 10,000 high school age Hispanic teens, Cristo Rey has room for only 500 students.

"When we came here, we thought, 'Great solution to all these young people. We're going to open a school and we're going to embrace them all.' Well, we found out you can't do that. We found out it just doesn't work," says Foley.

And Cristo Rey is showing the way to other communities. A $22 million gift from the Bill and Melinda Gates Foundation and venture capitalist B.J. Cassin is funding schools modeled after Cristo Rey in 10 other needy communities.

Ten years ago, this Chicago community had a dropout rate that soared as high as 75 percent.

For the Cristo Rey class of 2004, the dropout rate is one percent. And every one of the students marching today has been accepted to college. Macias was accepted to several colleges, but her choice was made easier by a phone call from Ohio's Xavier University.

She graduated in the Top 10 of her class, and the girl who'd never been downtown, who missed only one day of work in four years, received her award. She was given $15,000, plus another scholarship, to attend college.

"It all paid off," says Macias.