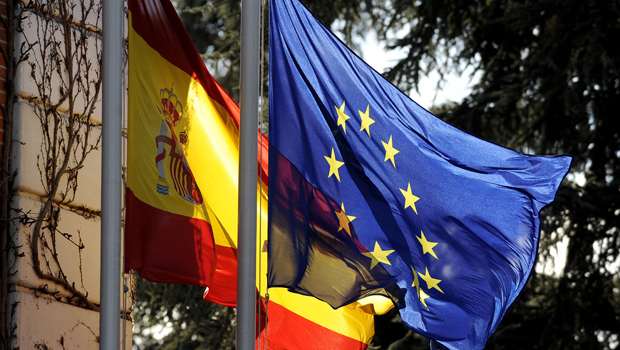 (MoneyWatch) Spain's unemployment rate will remain above 25 percent until 2018 unless there are significant changes to its hiring laws, according to an International Monetary Fund report.

Currently, 26.3 percent of the nation's workforce is unemployed, down from an all-time high of 27.2 in the first quarter of 2013. That decrease was the first drop in two years. The unemployment rate for those 25 and under currently hovers around 55 percent, double that of the overall population.

The IMF called on Madrid to give more flexibility to employers when it comes to hiring and firing by reducing the legal requirements for temporary and permanent workers. It also called for the government to push for changes in contracts between business and unions that would reduce wages, which the international lender said would "encourage" companies to hire more.

"This is a complex issue and various interlocutors expressed misgivings," the IMF said in the report. "Some argued that a strong agreement would be difficult to negotiate and enforce, there being currently little common ground between the different stakeholders."

Even with all these reforms, Spain's unemployment rate would still exceed 20 percent through 2018 and drop only to 18 percent by 2020, the report said.

The IMF also said Spain should continue cutting its public spending. By contrast, IMF head Christine Lagarde warned the U.K. in April that proceeding with planned budget cuts could damage the economy.

In the past two years Madrid has sharply cut government spending while also raising taxes in order to shrink the country's deficit, one of the highest in the eurozone. But such fiscal austerity has only worsened the state of the  economy. At the end of 2012, Spain's public debt was 7 percent of GDP. Earlier this year, the government agreed to continued spending cuts in order to reduce the debt to below 3 percent in three years.

The IMF report for the first time suggested there might be a need to change these targets: "The government's new medium-term structural deficit reduction targets strike a reasonable balance between reducing the deficit and supporting growth ... Going forward, it will be important to be flexible on nominal (and, if necessary, structural) targets if growth disappoints."