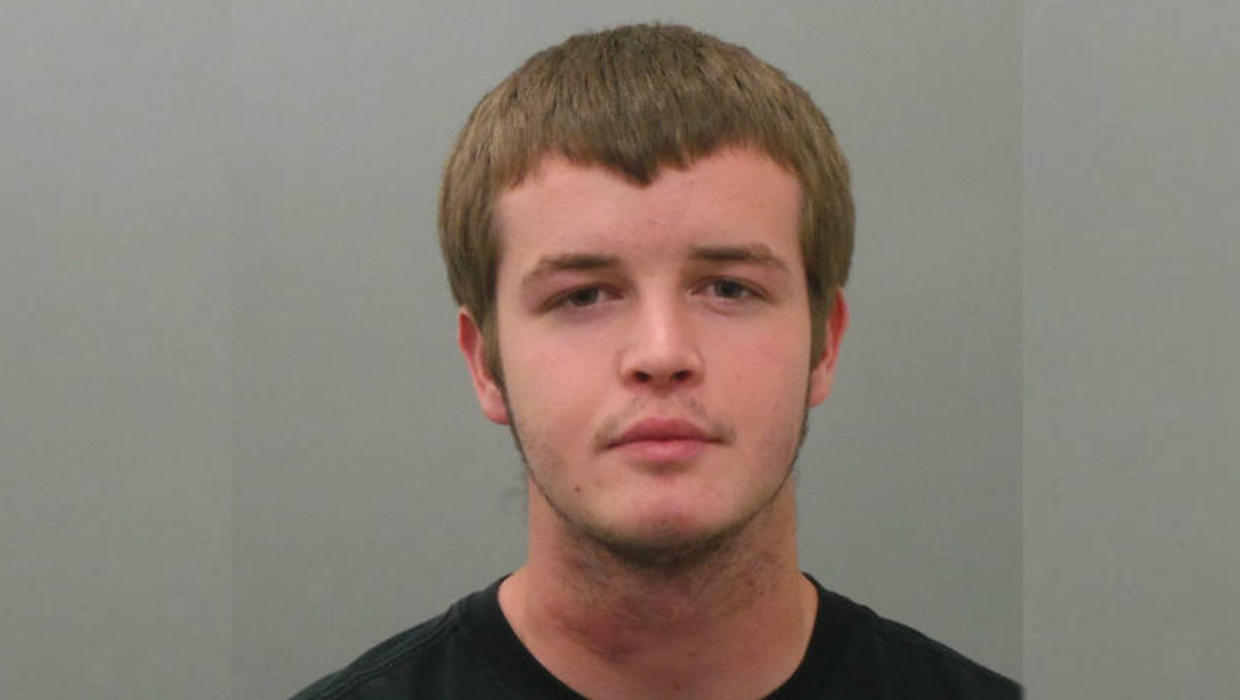 “I’m dying on inside and nobody really gives a [expletive].”

Two weeks earlier, he tweeted “I wanna spazz on errrrbody.” A week before that: “I’ma kill em all, just watch.”

Earlier in August, Forster, whose Twitter description reads simply “I smoke marijuana,” tweeted about police and guns: “I’ma get a crown vic and start pulling mfs over,” and later that day, “The compact .40 cal send all my enemies to hell.”

In July he wrote “I want [expletive] the police carved into my grave.”

CBS affiliate KMOV reports that two people who knew Forster said he asked them for guns.

“Him and his girlfriend were always getting into fights. He was pretty violent, screaming at people in school, getting in trouble, stuff like that,” a former classmate told the station.

Forster is accused of first degree murder for allegedly fatally shooting Snyder when the officer arrived on the scene of an early morning disturbance Thursday. According to the St. Louis County Police, Forster was knocking on the door of a house and the homeowner, whose daughter Forster knew, called police.

Forster’s Twitter feed depicts a young man complaining of insomnia, and swinging wildly between emotions. On August 26 he tweeted, “I feel so worthless most of the time”; five days later he tweeted “I couldn’t be more satisfied with life rn.”

Many of Forster’s tweets reference drugs, specifically marijuana, as well as violence. On July 1, he tweeted “My anger problems gonna make me catch a [expletive] body one day.”