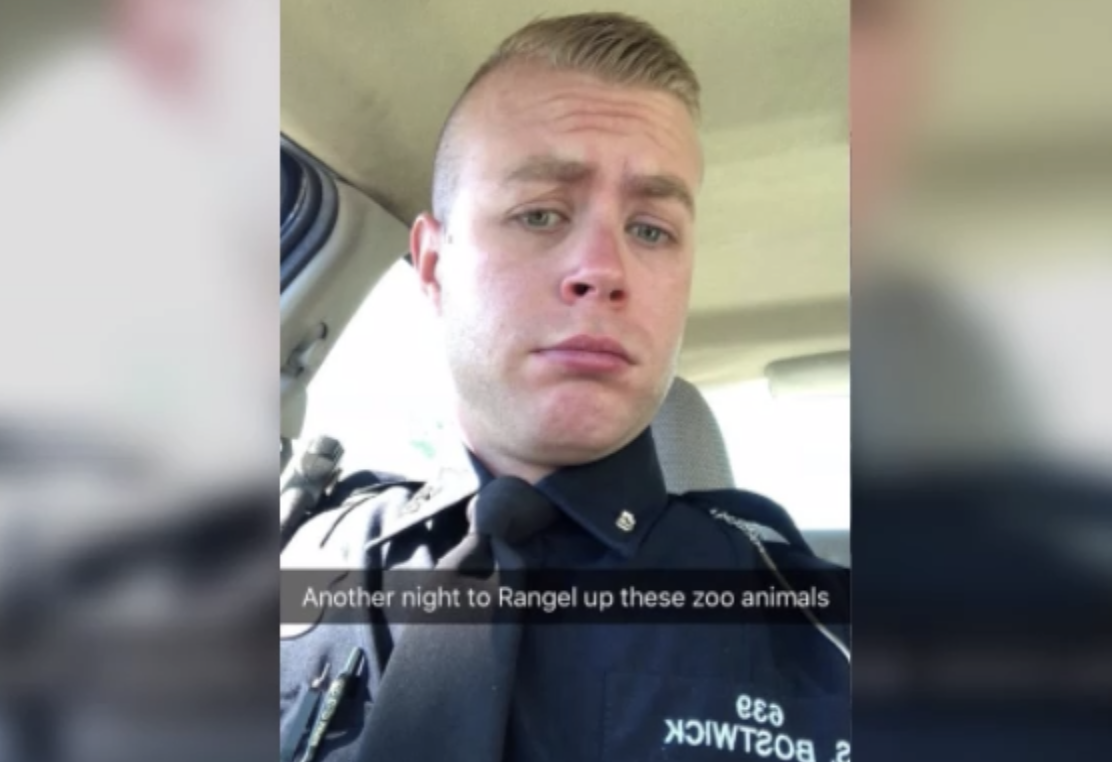 A rookie Detroit police officer has been terminated after the department said he posted a photo of himself in uniform on Snapchat with an offensive caption. The officer posted the selfie and wrote, "Another night to Rangel up these zoo animals."

Police Chief James Craig said he swiftly took action after receiving several calls from officers who were disgusted by the rookie officer's post, the Associated Press reports. The chief suspended the officer without pay on Sunday, and then, after a hearing on Monday, the officer was fired.

"[It was] very troubling," Craig said in a press conference Monday. "So much so, that when I learned yesterday ... my direction quickly was to respond and suspend the officer immediately."

"Yes, he did express some remorse," Craig said of the rookie officer. "After two months out of the academy, he engaged in this kind of conduct. I will tell you I'm appalled. Shocked." Craig said the officer was hired in June 2017.

"We emphasize in the academy: integrity and service to community ... Officers in the academy go out and serve food to the homeless, work in soup kitchens, because we want our new officers to have an orientation," Craig said. Referring to the officer's Snapchat caption, he added, "When we make a statement like this, what's the message?"

The chief said the officer had not yet been confirmed after the 18-month training period, which includes a one-year probationary "vetting process," according to Craig. The officer's probationary period was extended by a commanding officer who "had concerns about his adaptation to training," Craig said.

Craig said the fact that the officer had not yet been confirmed made his termination a quick process. "[He's] no longer a Detroit police officer. He is clear on that."