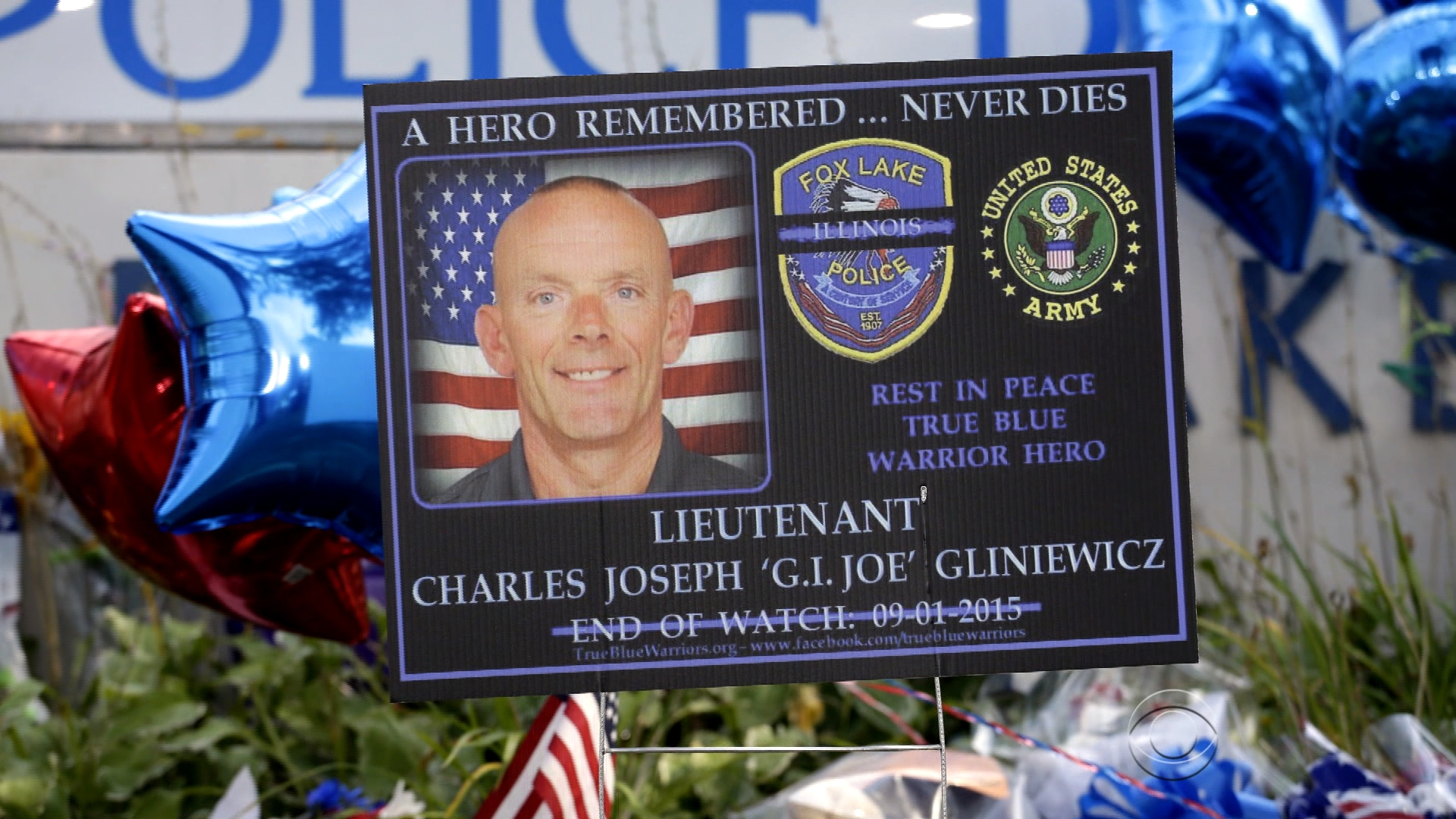 FOX LAKE, Ill. -- A manhunt continued Wednesday for three men suspected in the shooting death of an Illinois police officer, as the community grappled with its loss.

Coaching teenage trainees in the police Explorer program was what Fox Lake Police Lt. Joe Gliniewicz loved to do best.

"He was very proud of the explorer group that he championed for 30 years," Mayor Donny Schmit, a close friend, told CBS News. "Just a good guy, a wonderful sense of humor. He's going to be dearly missed."

Gliniewicz, 52, was married, the father of four sons. A career police officer, he worked for the department for over 30 years. He was set to retire in a month.

"He was the policeman's policeman," Schmit said, struggling to keep his emotions in check. "He did everything by the book, and I don't know how anyone could've done this to him."

Officers in the Fox Lake Police Department are grieving, while working to solve their colleague's murder. Round Lake Park Police Chief George Filenko commands the Lake County Major Crimes Task Force and is leading the investigation.

"There's no room for error in this case. Everybody's got to put 110 percent into this," Filenko said.

Filenko acknowledged the mental toll investigators are dealing with.

"You ever been to a police funeral? When they start playing 'Amazing Grace'? It's tough," he said.

There has been an outpouring of support for the police department in the village of Fox Lake, which was holding a vigil Wednesday evening in Gliniewicz's honor.