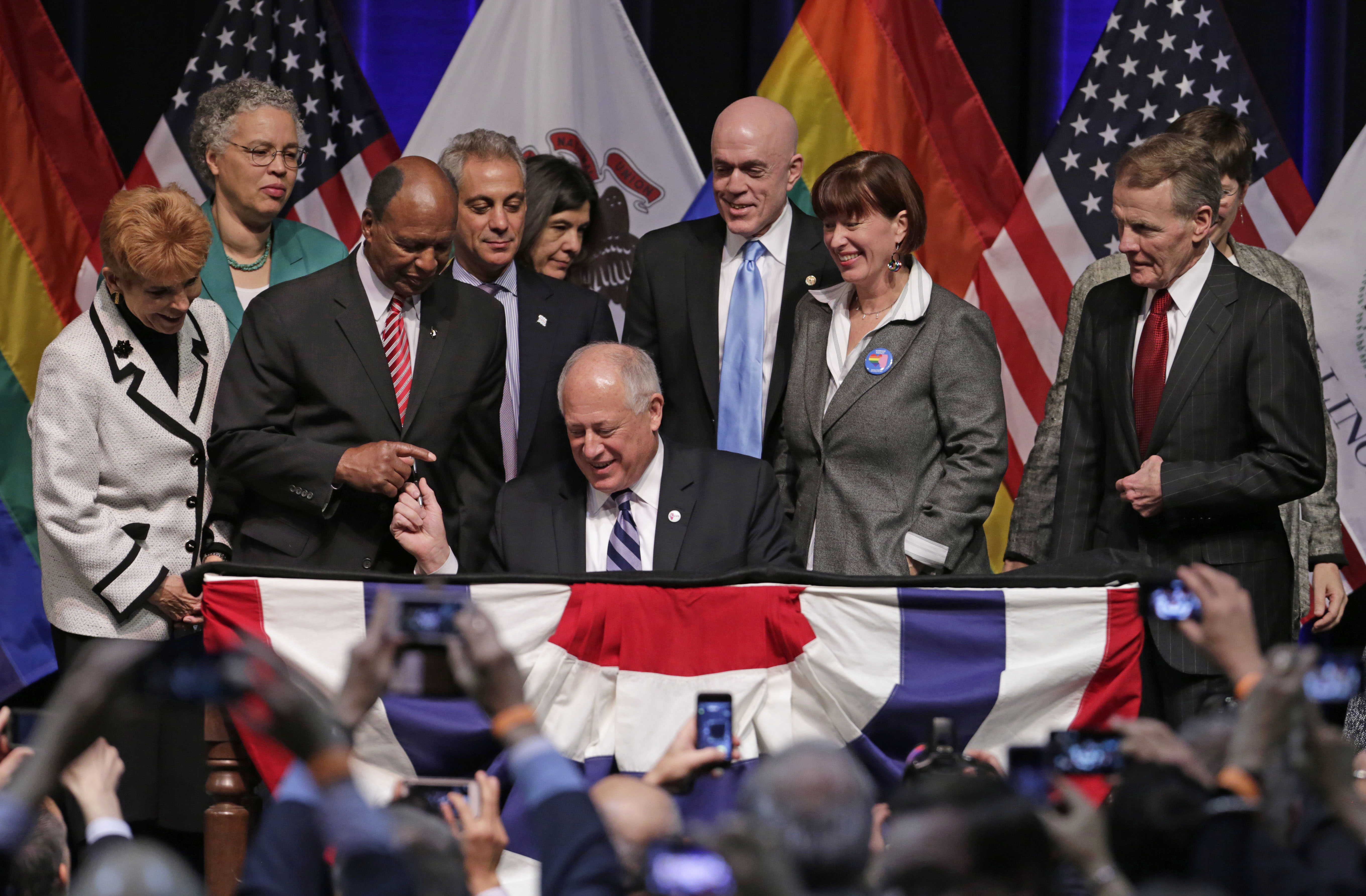 Speaking in front of thousands at the University of Illinois at Chicago, Quinn said the new law ensured that "Illinois does not have a situation where individuals are discriminated against in any way when it comes to love and marriage."

Illinois, where Democrats lead both legislative chambers and the governor's office, legalized civil unions in 2011, but the road to same-sex marriage was bumpy.

When 2013 began advocates hoped Illinois would've been the 10th state, but watched as other states passed it. Same-sex marriage is allowed in Washington D.C., and 15 other states; Hawaii's governor signed a measure last week.

Even with support from top business leaders, Chicago Mayor Rahm Emanuel, the state attorney general and even a few top Republicans, several lawmakers were resistant to the idea. That included even Democrats in more conservative downstate Illinois and some Chicago-area lawmakers.

"We've realized that to have a forward-looking state, you cannot have backward-looking laws that discriminate against good and talented people, regardless of their sexual orientation," Emanuel said at Wednesday's ceremony.

The measure was fought hard by some of the state's most well-recognized religious figures, including Cardinal Francis George of the Archdiocese of Chicago and the Rev. James Meeks, a former state senator who runs a politically-influential mega church in Chicago.

Meeks was part of a coalition of black pastors who said marriage should remain between a man and woman and sponsored robocalls in several legislative districts and on the airwaves. The opposition placed black lawmakers in the House in a spotlight and several evaded public inquiries on the matter for months.

But proponents launched an equally aggressive campaign with help from unions, the former head of the Illinois Republican Party and the ACLU. They billed the measure as a matter of civil rights and equality for families.

The measure passed the Illinois House earlier this month by a narrow margin 61-54; It needed 60 votes to pass.

Although Illinois once appeared poised to become the first Midwestern state to approve same-sex marriage in the Legislature, Minnesota did it sooner and started holding its first same-sex weddings over the summer. Iowa allows same-sex marriages too because of a court ruling, not a legislative vote.

When the law takes effect June 1, same-sex couples can begin applying for marriage licenses. And Cook County -the state's most populous - has even said it'll be open for business that day even though it's a Sunday.

There's a small chance weddings could take place before then; Legislation is pending that could change the effective date to immediately. Lawmakers aren't expected to gather for regular session until the end of January.