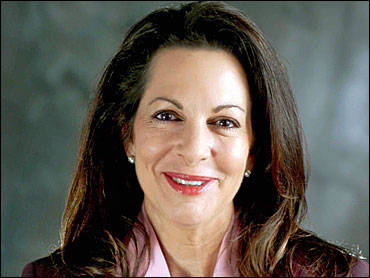 IHOP Corp., best known for its chain of blue-roofed pancake restaurants, said Monday it has agreed to buy the bar-and-grill chain Applebee's International Inc. for about $1.9 billion in cash.

The Wall Street Journal called it a "gutsy move" by IHOP, because IHOP's market capitalization is roughly half that of Applebee's and IHOP will have to take on substantial debt to fund the purchase. Applebee's is the country's largest sit-down restaurant chain.

Wall Street analysts are expecting a difficult second-quarter earnings season in the restaurant sector as soaring commodity costs are hurting restaurant profits and consumers facing high gas prices are thinking twice about going out for a meal.

Under the deal, IHOP will pay $25.50 per share for Applebee's, which has been under pressure from shareholders for a slumping performance. The price being offered is a 4.6 percent premium over Applebee's closing price on Friday.

Applebee's had 74.7 million shares outstanding as of April 30; the two sides pegged the total value of the deal at $2.1 billion.

IHOP said it would franchise out most of Applebee's 500 company-owned stores. Applebee's has 1,943 restaurants overall worldwide, including those operated by franchisees.

Virtually all of IHOP's 1,319 restaurants are now owned by franchisees.

Applebee's was founded in 1980 in Atlanta by Bill and T.J. Palmer. Al Lapin founded IHOP — originally the International House of Pancakes — in 1958 in the Los Angeles suburb of Toluca Lake, Calif.

In April, Applebee's struck a deal with Richard Breeden, an investor and former chairman of the Securities and Exchange Commission, to add him and one other person to its board, amid pressure from Breeden's firm to improve operations.

"We look forward to applying the same focus and discipline to Applebee's that we have employed at IHOP over the last several years," said IHOP Chairman and Chief Executive Officer Julia Stewart. "We have successfully restructured our own company, and in the process, re-energized our brand, improved our operational performance and maximized the development of franchise restaurants."

The companies expect the deal will close in the fourth quarter pending approval by Applebee's shareholders and regulators.

Stewart will lead the management team of the combined company. She was president of Applebee's domestic division until 2001, when she joined IHOP as president and chief operating officer.

IHOP said it expects to continue paying a dividend and said the deal should add to earnings starting in 2008.

The restaurant sector was expecting hard times, according to analysts.

As consumers worry about a soft housing market and rising gas prices, they are less willing to pay for a night out, analysts say. Meanwhile, the cost of everything from milk to beef steadily climbed.

Labor costs also will be taking their toll on restaurant businesses as minimum wage hikes take effect in a number of states and at the federal level.