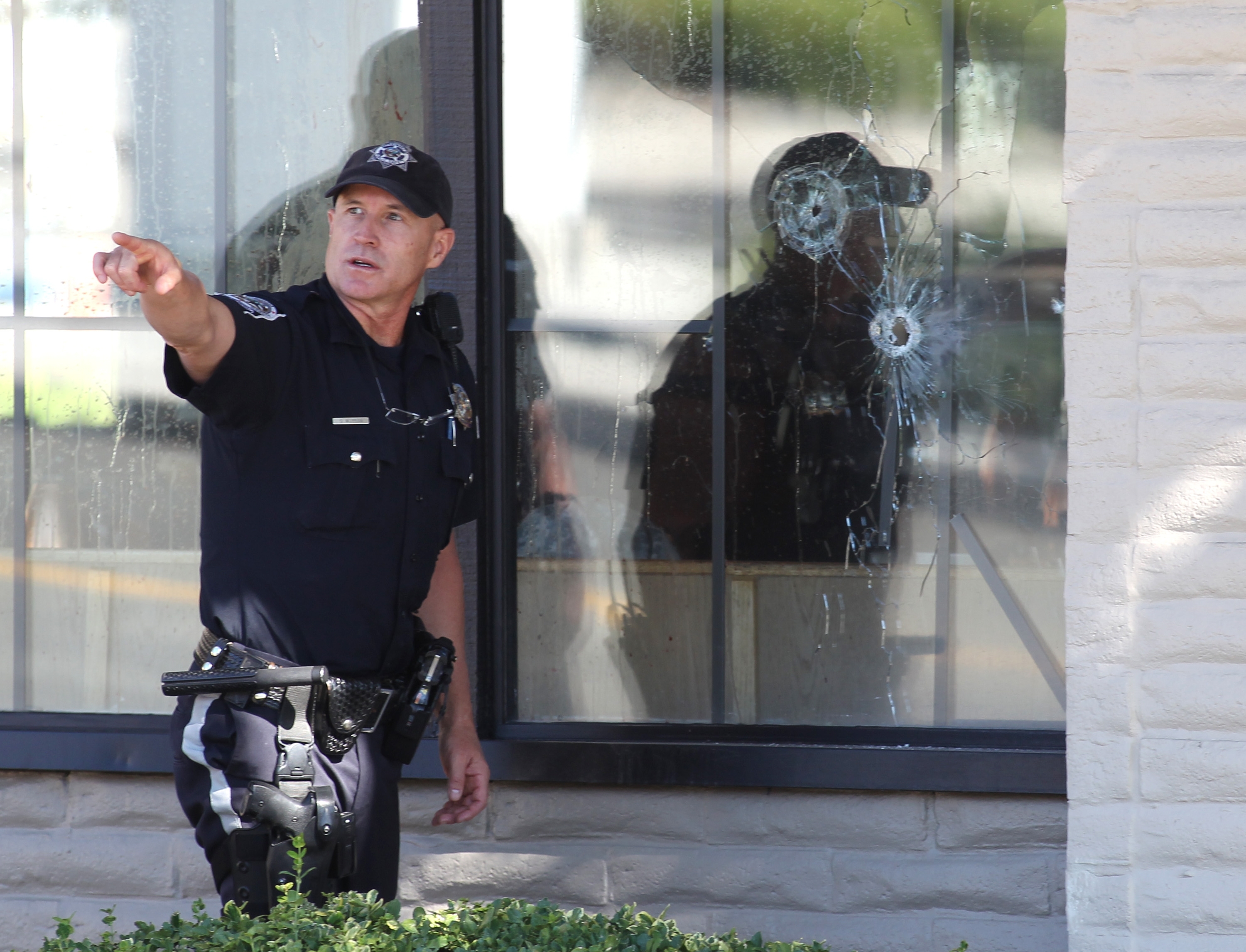 (CBS/AP) CARSON CITY, Nev. -  A man with a rifle opened fire Tuesday at an IHOP restaurant in Nevada's capital, killing two National Guard members, another person and himself in a hail of gunfire during the morning breakfast hour, authorities and witnesses said.

Six people were wounded in the attack. The suspect, who hasn't been identified, apparently acted alone, officials said. He died at a Reno hospital.

Authorities weren't saying whether the attack targeted the Guard members, who were meeting at the restaurant in a strip mall on Carson City's main street. However, authorities believe that it was an isolated incident.

Both Guard members who were killed, one male and one female, were in uniform, authorities said.

Witnesses said the gunman pulled up in a blue minivan around 9 a.m. and shot a man on a motorcycle. He immediately walked inside the restaurant and started shooting. He then walked back outside and fired shots toward a barbecue restaurant and an H&R Block in the strip mall and toward a casino across the street.

Carson City Sheriff Kenny Furlong said officers received a call about the gunfire and responded within minutes. He said the suspect was wounded and lying in the parking lot when they arrived at the scene.

Furlong added the person who was shot on the motorcycle was alive when officers arrived and was transported to a hospital.

Renown Regional Medicare Center spokesman Dan Davis told The Associated Press four of the shooting victims were being treated at the hospital in Reno, but he said he could not discuss their condition or provide any other information.