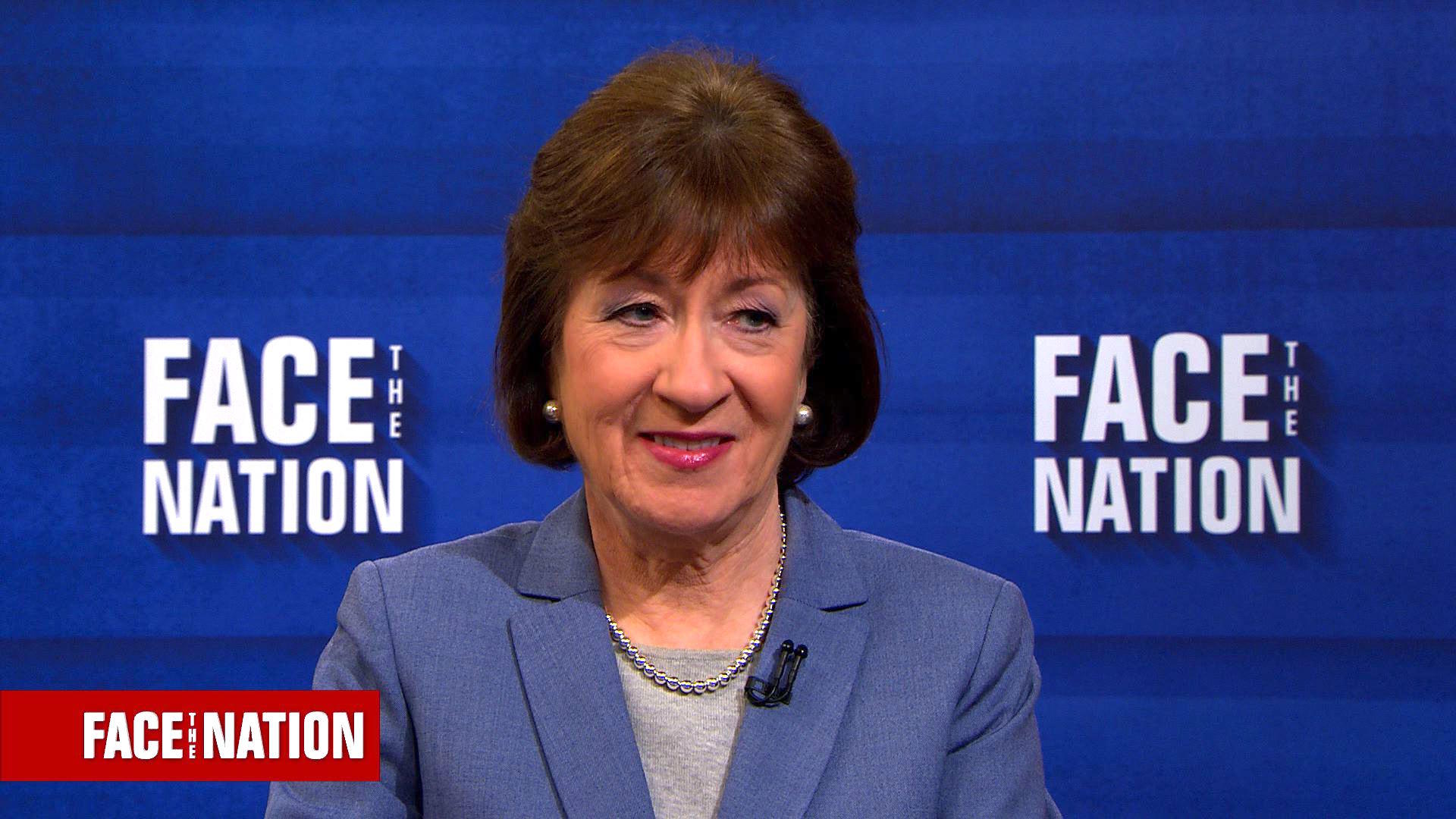 Sen. Susan Collins, R-Maine, says lawmakers will face a "tough decision" regarding overturning "the will of the people" if Alabama Senate candidate Judge Roy Moore wins his state's special election this coming Tuesday in the wake of allegations of sexual misconduct against him.

"If the allegations are known prior to the election, which they weren't in the case of Al Franken, for example, then we have a very tough decision to make about whether it's our role as senators to overturn the will of the people," Collins said on CBS News' "Face the Nation" Sunday.

"I think it's a different situation if the allegations are not known, or if they occur while the person is sitting in the Senate," she said.

Collins said she was "disappointed" in the Republican National Committee after it announced it would resume its financial support of Moore's campaign, something she says is a "mistake."

"I would point out that I did not support Mr. Moore even prior to these allegations of sexual misconduct because I was concerned about his anti-Muslim comments, his anti-LGBT comments, and also, most important of all, he'd been removed twice from the Alabama Supreme Court for failure to follow lawful judicial orders," she added on Moore.

Collins' comments also come just one week after President Trump formally announced his full endorsement of Moore. He later held a rally in Florida aimed at Alabama voters, saying that the country "can't afford" to lose a Senate seat and have Democrat Doug Jones in the Senate.

In light of the RNC's renewed support of the embattled candidate, Collins maintains that "Republicans care just as much as Democrats about sexual misconduct and sexual harassment."

She called it a "new awakening in our country" after three lawmakers on Capitol Hill announced they would be stepping down in light of separate allegations of misconduct.

"This is pervasive, whether we're talking about Hollywood or Wall Street or the media, or Capitol Hill. And that's why I'm joining a bipartisan group of senators who are trying to look at our own procedures on Capitol Hill to assure that allegations of sexual misconduct involving members or staff are dealt with seriously," said Collins.

Meanwhile, Collins did not shed any light on where she stood on the Republican-led tax bill that now awaits conference to hash out any differences between the House and Senate bills, differences that Collins says in her eyes were "major."

"I don't know where the bill is going to come out. I also obviously care very much about amendments that I was successful in getting in the bill that particularly help middle income families," said Collins.