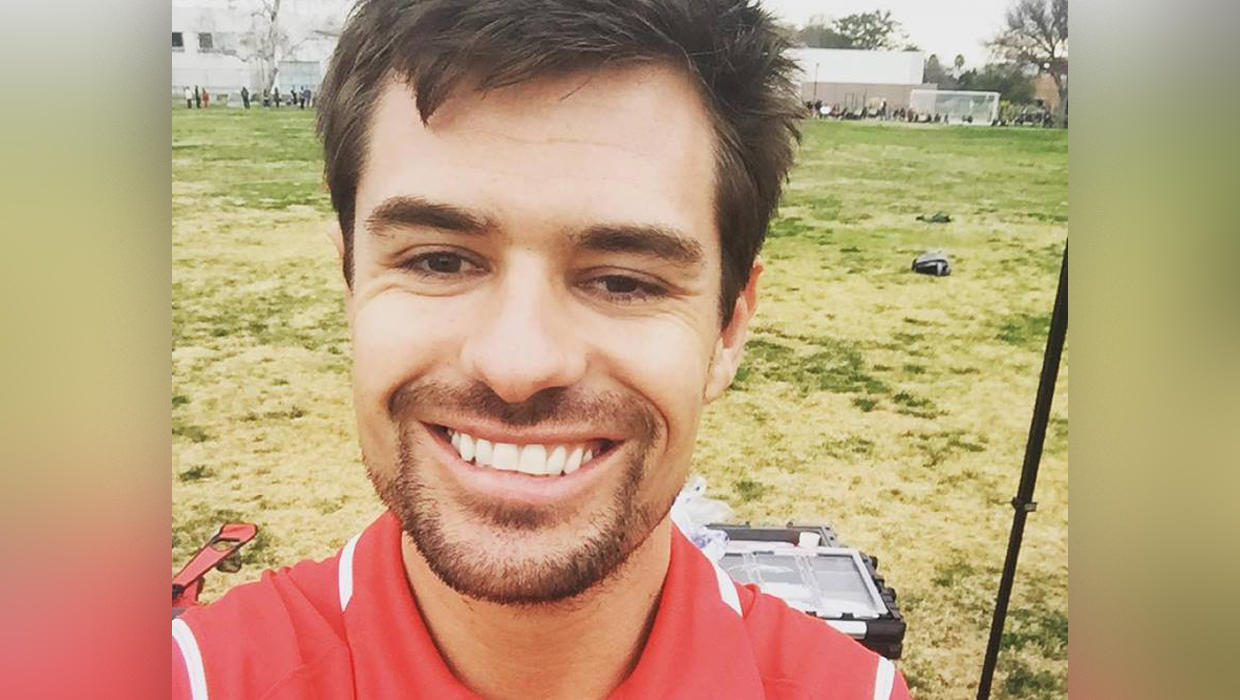 VENTURA COUNTY, Calif. — Authorities have identified the suspect in a mass shooting at a Southern California bar as 28-year-old former Marine Ian David Long. Ventura County Sheriff Geoff Dean says Long is believed to have killed himself late Wednesday at the Borderline Bar and Grill in the city of Thousand Oaks.

At least 12 people were killed in the attack, including a sheriff's sergeant who was fatally shot as he tried to enter the bar, a hangout popular with students from nearby California Lutheran University. The gunman was tall and wearing all black with a hood and his face partly covered, witnesses told TV stations. He first shot a security guard standing outside, then went in and opened fire inside the nightclub, the sheriff said.

Dean said his department had several previous contacts with Long, a former machine gunner and decorated veteran of the war in Afghanistan. Those included a disturbance call to his home in April, when deputies found him acting irate and irrationally.

The sheriff said the department's mental health crisis team was called at that time and concluded that Long did not need to be taken into custody under a "5150" order, an evaluation that determines whether a person needs to be involuntarily held for up to 72 hours because they are a threat to themselves or others. The episode was thought to be possible post-traumatic stress disorder because of his military background.

Dean said the other prior encounters were a traffic accident and an incident when he was the victim of a battery at a bar in 2015.

The sheriff said the gunman used a Glock 21, a .45-caliber handgun. The weapon holds 10 rounds and one in the chamber, but the gunman's weapon had an extended magazine that is illegal in California, so it's unknown how many rounds the weapon held. The ATF is currently investigating how and when the weapon was purchased.

An FBI official said Wednesday investigators were looking  into whether Long could have been subject to any kind of radicalization or whether he had any known associates, but said there's no indication anyone else was involved in the shooting and there was "no further threat" to the Los Angeles area.

The motive for the attack is still under investigation. Authorities were searching Long's home in Newbury Park, about five miles from the Borderline bar, and his car for clues. Investigators will examine that evidence along with any surveillance or witness video and Long's digital footprint in order to "paint a picture" of his state of mind, the FBI official said.

Neighbor Tom Hanson said Long lived in the home with his mother. Hanson says he called the police about six months ago when he heard loud banging and shouting come from Long's home.

Hanson said he heard "heavy duty banging" followed by shouting and more banging, "then it would get quiet and then it would start over again."

Hanson says he called sheriff's deputies and that a deputy arrived and took information but he never learned what happened after the incident. It's not clear whether that incident was the April disturbance Dean referenced.

Hanson has lived in his house for 40 years and said Long and his mother moved in between 12 and 15 years ago.

He says that Long kept to himself and played baseball when he was younger.

Investigators are looking into the possibility that the shooting suspect may have had issues with post-traumatic stress disorder stemming from his military service, a law enforcement source tells CBS News senior investigative producer Pat Milton.

Long was deployed to Afghanistan from November 2010 through June 2011. His last duty assignment was at Kanehoe Bay, Hawaii. He received numerous awards including a combat action ribbon, a Navy unit commendation, a Global War on Terrorism service medal and an Afghanistan campaign medal.

The Marine Corps said in a statement it "extends its deepest condolences to the families of the victims in this senseless tragedy."

Long's cousin, AJ Schramm, told CBS News Long's father passed away from cancer early in his life. He said there were rumors within the family that Long suffered from PTSD, though the two weren't close and Schramm said he didn't witness any unusual behavior first-hand. He said Long became distant from family members upon his return from the Marines.

Schramm said Long's mother was "venting" at a recent family weddings about issues she was having at home with Long.

The sheriff said it appeared the shooter fired at random once inside the bar and didn't target victims, but said that is still under investigation. Dean said it's likely he was familiar with the establishment.

Investigators are also looking into whether Long may have had issues with college students, Milton reports. The Borderline, which includes a large dance hall along with several smaller areas for eating and drinking, was holding its regular "College Country Nights" when the attack took place.

In addition to the dead, one other person was wounded by gunfire, and as many as 15 others suffered minor injuries from jumping out windows or diving under tables, authorities said.

Shootings of any kind are extremely rare in Thousand Oaks, a city of about 130,000 people about 40 miles west of Los Angeles, just across the county line.