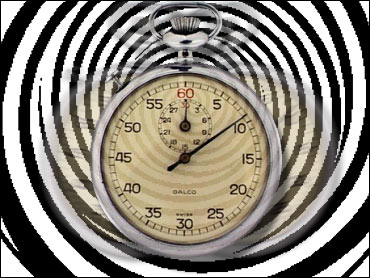 Children are often better candidates for hypnosis than adults, says one clinical psychologist, and the process can help resolve such problems as pain, anxiety, bed wetting, and asthma.

Robert Shacter of New York's Mount Sinai School of Medicine talked about children and hypnosis on The Saturday Early Show. He says children tend to respond to hypnotic suggestion better than adults because they are more in touch with their imaginations.

Children can be hypnotized as early as age 3, he says, adding, "But in my personal experience, I have found that children ages 5 or older respond best to the treatment."

Here is part of a pre-interview with Robert Shacter.

The easiest way to hypnotize a child is to have them focus on a point, he explains. They will do that until their eyes begin to feel heavy, and they become sleepy. You now have them in a trance-like state. Once they are in this state, you begin to tell the child stories that can alleviate whatever problems they may have.

What role, if any, does the parent play during a hypnosis session?
As in any therapy, it is important for parents to know what is going on. But in the actual session the parent is either not there or in the backround. So they really don't play any part in the actual therapy.

How many times does a typical child visit a hypnotist?
Most children attend 4 to 8 sessions with a qualified hypnotist. During that time, the hypnotist can teach a child how to hypnotize himself.

How do I know if my child if a candidate for hypnosis?
Most children are good candidates. It just depends on whether the problems they are having can be helped by hypnosis.

Here are some of the problems that might be helped by hypnosis:

How effective is hypnosis in children?
In the right child, hypnotism can be very successful. Remember: There are some children who have a harder time letting go. But for those who can, the results can be very positive. Another plus of hypnosis is that unlike drugs, the risk of harm is low.

Why aren't more doctors using hypnotism?
It's just not taught that much in schools, and some people still don't want to recognize it as a viable alternative. However, it is becoming more popular, and many insurers will cover it.

For more information, go to www.child.com/web_links