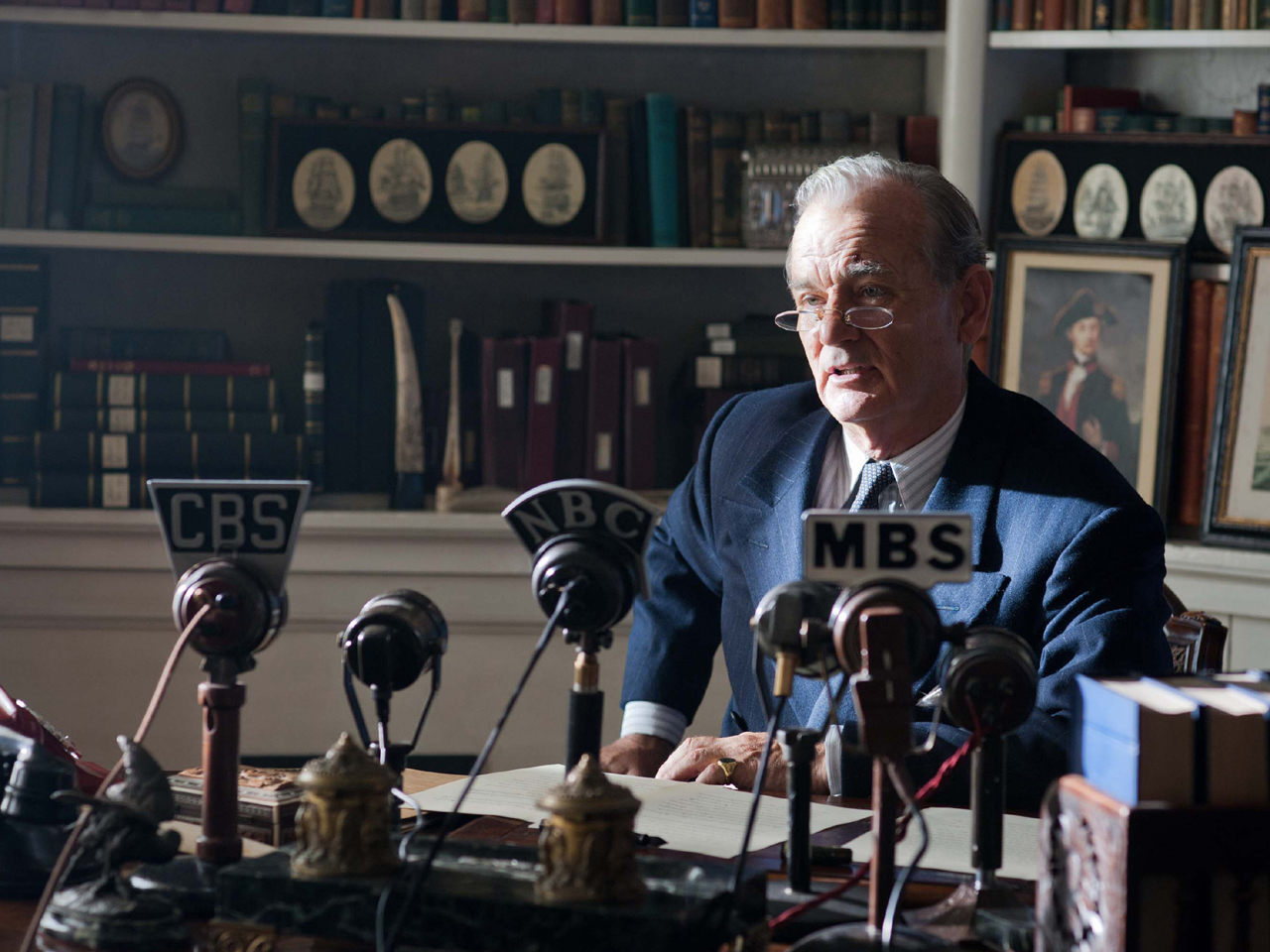 "Hyde Park on Hudson," the new film starring Bill Murray as President Franklin Delano Roosevelt, opens in theaters Friday in limited release and critics are mostly split on the film about FDR and his wife hosting the King and Queen of England for a weekend.

The film received a 44 percent on review aggregator Rotten Tomatoes. A majority of critics praised Murray's performance, but found fault with the material.

Claudia Puig of USA Today: "A romance that grows out of admiration over a stamp collection is about as boring as it sounds."

Kenneth Turan of The Los Angeles Times: "Though he has competition, especially from the folks playing the visiting royals, Murray is very much the reason to see "Hyde Park."

Joe Morgenstern of The Wall Street Journal: "Mr. Murray gives a fascinating performance, even though his FDR was conceived and written as a fairly small guy at the center of a small film that, for all its considerable charm, miniaturizes its hero in the process of humanizing him."

Tod McCarthy of The Hollywood Reporter: "Bill Murray as FDR? It takes a few minutes to get used to, but once he settles into the role of the 32nd president, the idiosyncratic comic actor does a wonderfully jaunty job of it in Hyde Park on Hudson, a seriocomic look at an eventful weekend at the chief executive's country estate as well as at his unusual domestic arrangement."

Linda Holmes of NPR: "There is a sequence when Daisy and Franklin's car rides are still very new when their excursions into the hills seem so scenic and stunning that it appears that something magical is going to happen. But then it doesn't. It's all setting and no story, all beauty and no humanity except from the King and Queen, who are intriguing but ultimately beside the point. And that's a shame."