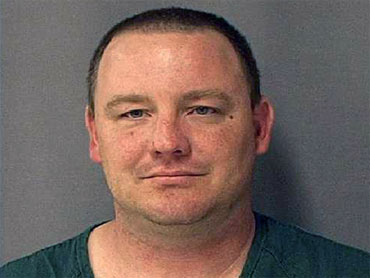 A Michigan man authorities accuse of being a "heavy gunner" for a Midwest Christian militia denies involvement in any plot to overthrow the government, his attorney says, and she plans to present evidence to prove he's different from his fellow defendants.

Michael David Meeks, 40, of Manchester, faces a federal detention hearing Thursday in Detroit, where defense attorney Lisa Kirsch Satawa said evidence would be presented to distinguish Meeks from eight other suspected members of Hutaree charged with seditious conspiracy, or plotting to levy war against the U.S.

Laying out the Hutaree hierarchy during a Wednesday hearing, Assistant U.S. Attorney Ronald Waterstreet told a magistrate that accused ringleader David Brian Stone had designated Meeks and 46-year-old Thomas W. Piatek of Indiana "heavy gunners" in charge of "laying down heavy fire" in encounters with the enemy.

Stone, Meeks, Piatek and six other suspected Hutaree members - self-proclaimed "Christian warriors" who trained themselves in paramilitary techniques in preparation for a battle against the Antichrist - were arrested after a series of weekend raids across the Midwest.

Prosecutors say an undercover FBI agent who infiltrated the group and a cooperating witness aided an investigation into members' alleged plans to make a false 911 call, kill responding police officers, then set off a bomb at the funeral to kill many more.

An indictment said that after the attacks, the group planned to retreat to "rally points" protected by trip-wired explosives for a violent standoff with law enforcement.

"This is not Michael's profile. He is a damned good Marine," his father, Eugene Meeks, said in a telephone interview Wednesday. "But Michael could have changed over the years."

Meeks' family and others listened Wednesday as Waterstreet presented parts of the government's case in hopes of persuading U.S. District Court Magistrate Judge Donald A. Scheer to deny bond, including details of a speech Stone apparently planned to give during a rally in Kentucky.

"We are the American military. We outnumber them," a speaker identified as Stone says on an audio tape recorded by the undercover agent. "People should not be afraid of the government. The government should fear the people."

The agent, who also had built explosives under Stone's direction, accompanied Stone and others who intended to attend the Feb. 6 meeting of militias before their road trip was stymied by rough winter weather, Waterstreet said. As Stone read his speech to passengers in a van, the agent recorded him, Waterstreet said.

"Now it's time to strike and take our nation back so we will be free of tyranny," Stone, 44, of Clayton, Mich., says on the recording played in court. "The war will come whether we are ready or not."

Several defense attorneys objected to the testimony presented by Waterstreet, arguing there was no opportunity to cross-examine the undercover agent.

"All they're saying is my client has an opinion and knows how to use his mouth," Stone's lawyer, William Swor, said before Waterstreet played the tape. Swor later said Stone's speech was about defending against foreigners and not making war against the U.S. government.

Federal officials said they began monitoring the militia last summer and believed an attack was planned for April. Waterstreet said Hutaree was planning training that month where they would kill people who "came upon them."

Piatek appeared in court in Indiana but no plea was entered. He was to be transferred to Michigan to face weapons and conspiracy charges. A federal prosecutor testified that FBI agents found 46 guns and 13,000 rounds of ammunition in Piatek's home in Whiting, Ind. Defense attorney Jerry Flynn said Piatek denied planning to participate in the alleged plot.

In arguing for detention, Waterstreet said David Brian Stone sought to "own his own country" and send police retreating to the cities. Waterstreet said Stone "indicated the wives and children of the brotherhood (police) were equal targets."

He said Kristopher Sickles, 27, of Sandusky, Ohio, described himself as leading the militia in that state. Sickles bragged he killed his cat to see if he could shoot something he had feelings for, Waterstreet said.

Others charged in the case had responsibilities including communications and recruitment, Waterstreet said.

No ruling was issued during Wednesday's detention hearings. Meeks' and one other were scheduled for Thursday.