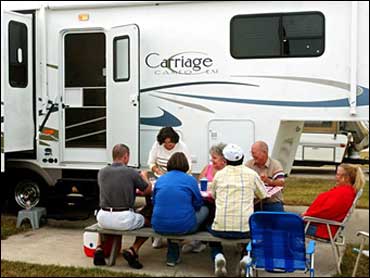 The busiest and costliest Atlantic hurricane season on record officially - and mercifully - draws to a close Wednesday, with hundreds of thousands of Americans still dealing with the devastation wrought by Katrina, Rita and Wilma.

Despite the end of the June 1-to-Nov. 30 season, hurricanes could still form over the next few months. In fact, a tropical storm - Epsilon - took shape in the Atlantic on Tuesday. As of 5 a.m. Wednesday, Epsilon was 725 miles east of Bermuda, moving west near 7 mph, with maximum sustained winds of 50 mph.

No hurricane has been known to hit the United States between December and May. That fact is fueling long awaited sighs of relief, particularly along the Gulf Coast, where Katrina hit three months ago, plunging New Orleans into the kind of chaos usually seen in the Third World, exposing the gap between rich and poor, and raising serious doubts about the country's readiness for another catastrophe, caused by man or nature.

The cleanup from Katrina will take years in some places, especially in Louisiana, where New Orleans mayor Ray Nagin is resorting to innovations such as free wireless Internet access to lure residents and businesses back to the Crescent City's badly damaged economy.

The relief may not last very long: Forecasters say 2006 could be another brutal year, because the Atlantic is in a period of frenzied hurricane activity that began in 1995 and could last at least another decade.

Government hurricane experts say the increase is due to a natural cycle of higher sea temperatures, lower wind shear and other factors, though some scientists blame global warming.

The 2005 season obliterated many long-standing records:

The worst damage, of course, was inflicted by Katrina. Miles of coastal Mississippi towns such as Waveland and Gulfport were smashed. Eighty percent of New Orleans was under water after its levees broke. The world saw families stranded on roofs and hungry and thirsty refugees stuck in the Superdome and Convention Center. Bodies lay on streets for days or floated in the fetid floodwaters. Hundreds of thousands of people have yet to return to their homes - or have no homes to return to.

So far, Congress has approved $62 billion in mostly short-term relief aid, and estimates put the cost of rebuilding at up to $200 billion.

The Bush administration was bitterly criticized for its slow response to Katrina. Michael Brown, director of the Federal Emergency Management Agency, lost his job, and the president's approval ratings sank.

Wilma, Dennis and Rita, the other hurricanes that hit the U.S., were not as deadly or destructive, but they also exposed weaknesses: There were 14-hour traffic jams as Houston emptied out ahead of Rita, which struck the Texas-Louisiana coast on Sept. 24, and South Florida was crippled for days after Wilma knocked out power to more than 6 million people on Oct. 24.

The president has ordered the Homeland Security Department to review disaster plans for every major metropolitan area. FEMA is also pledging to manage the flow of personnel and supplies better.

"We have to make it a much more nimble, more adaptable organization. ... We've got good people in place to make it happen," said R. David Paulison, FEMA's acting director. He added: "As long as I'm here, I can tell you, we will not have another Superdome."

Despite government warnings that people be prepared to survive on their own for three days after a catastrophe, polls found that a majority of Americans are no better prepared for a disaster than they were before Katrina.

"The biggest thing that can be done to prevent loss of life is to motivate people to develop their own individual hurricane plan and know what to do before the next hurricane," said Max Mayfield, director of the National Hurricane Center, which won praise for its accurate forecasts. "Some of these folks, take Mississippi in Katrina, they died because they didn't have a hurricane plan."

But some Americans have learned their lesson.

"Next time they say evacuate, I'm gone," said Tracy Haywood, 38, of New Orleans, who spent three days stranded on a roof during the storm before being rescued.