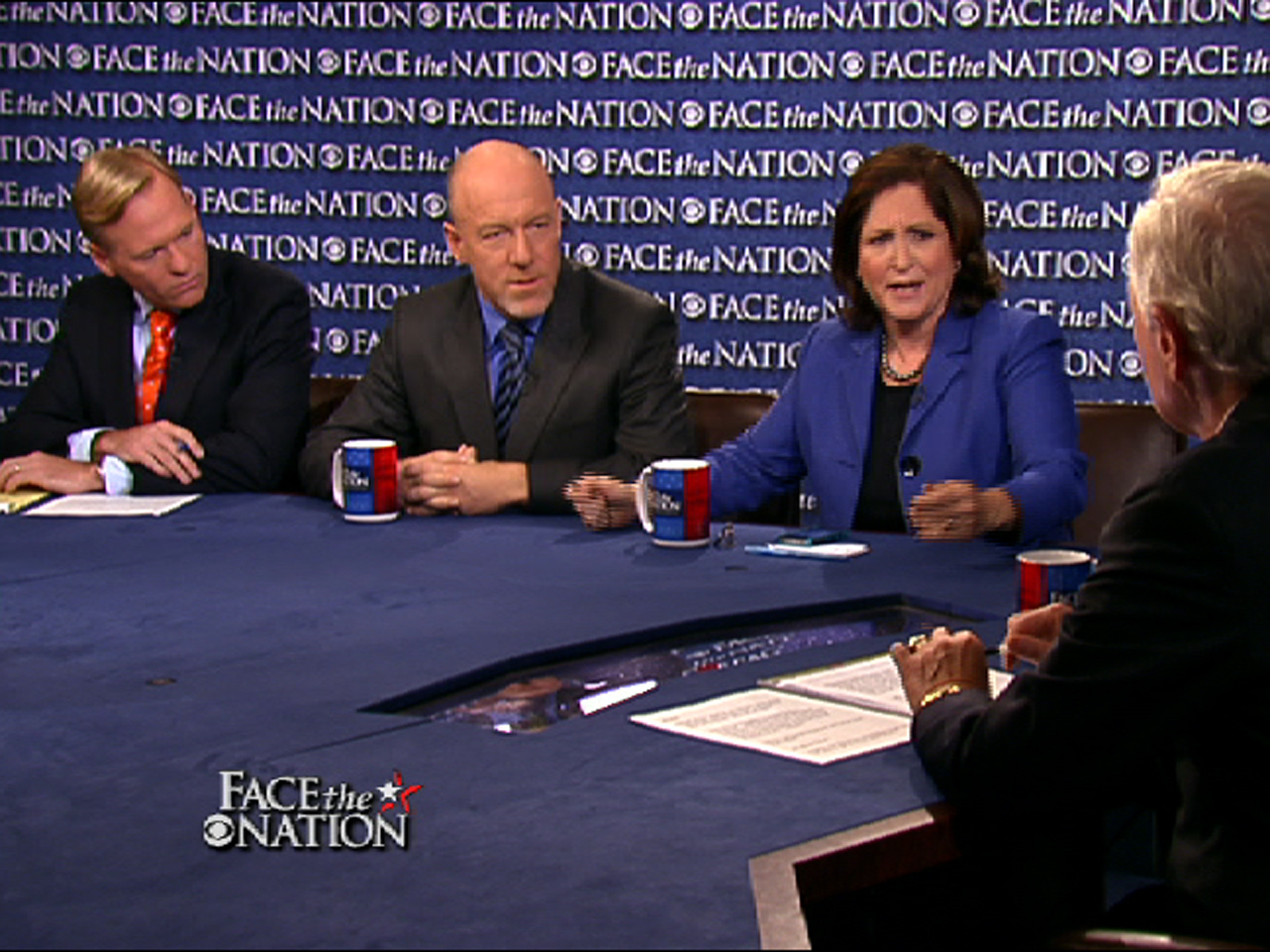 (CBS News) If the Nov. 6 presidential election is as close as polls suggest it will be, "we could be going to recounts just like in Florida" in 2000, The National Review's John Fund said Sunday on "Face the Nation." "And not just in one state, but in several states."

Longtime Democratic consultant Bob Shrum argued the race isn't as close as some polls imply, noting President Obama's solid advantage over Mitt Romney in the Electoral College. But, he added, the looming October surprise - Hurricane Sandy, set to hit the East Coast as early as Sunday evening - could shake up the election in unpredictable ways.

"There's another factor here, which is if this storm is bad enough, and if tens of millions of people are without power, and the seawalls have been breached in New York City, the president's got to get off the campaign trail - he's got to go run the country," Shrum said. "That leaves Mitt Romney in kind of an odd position at that point, too, because he can't look like he's just campaigning."

Both campaigns have already cancelled events in states that fall in the storm's path, including Virginia, a critical battleground.

Fund said the storm presents an opportunity for the president to show Americans he's "a strong, active incumbent." On Sunday afternoon, Mr. Obama visited the Federal Emergency Management Agency's headquarters for a briefing and press conference.

Romney's next move is less clear, argued Ruth Marcus, editorial writer for the Washington Post. In September 2008, following the near collapse of Wall Street, Sen. John McCain, R-Ariz., temporarily suspended his presidential campaign to focus on Congress's bailout plan - a gambit Romney will likely not mirror one week out from Election Day.

"The president knows what the president's supposed to do in a hurricane, right?" Marcus said. "What does the candidate do... the other, sort of, 'opposition' candidate do in the event of a hurricane? We don't actually really have a great guidepost for this because we haven't had an actually disaster this proximate to Election Day.

"And [Romney] can't be going around completely attacking the commander in chief, can he, when Barack Obama's the one who's making sure the sandbags are getting stacked?" she continued. "I think it's a little bit of a conundrum."

But Sandy's reach in the campaign could extend beyond schedules and messaging, New York Times Magazine's Mark Leibovich said.

When the storm hits, "I think people will immediately be looking at [the president] acting in a political way," Leibovich said. "Does Virginia get more attention than, you know, New York? Does it go into Ohio? You know, on the other hand, does the Romney headquarters in Boston lose power? I mean there are very, very little things that actually could have a very, very big effect at this point."

For Mr. Obama, one potentially hazardous side effect of the hurricane is that it gets in the way of early voting.

"Democrats tend to have difficulty turning up their base as Republicans have," CBS News political director John Dickerson explained. "But when you can vote for a month long, and you can target those, as they call them, 'low propensity voters.' This is a buzz word we're going to hear a lot about, Democrats have been targeting those people who just don't always go and vote in midterms, they just vote in presidential.

The Storm after the Storm
More
Lindsey Boerma