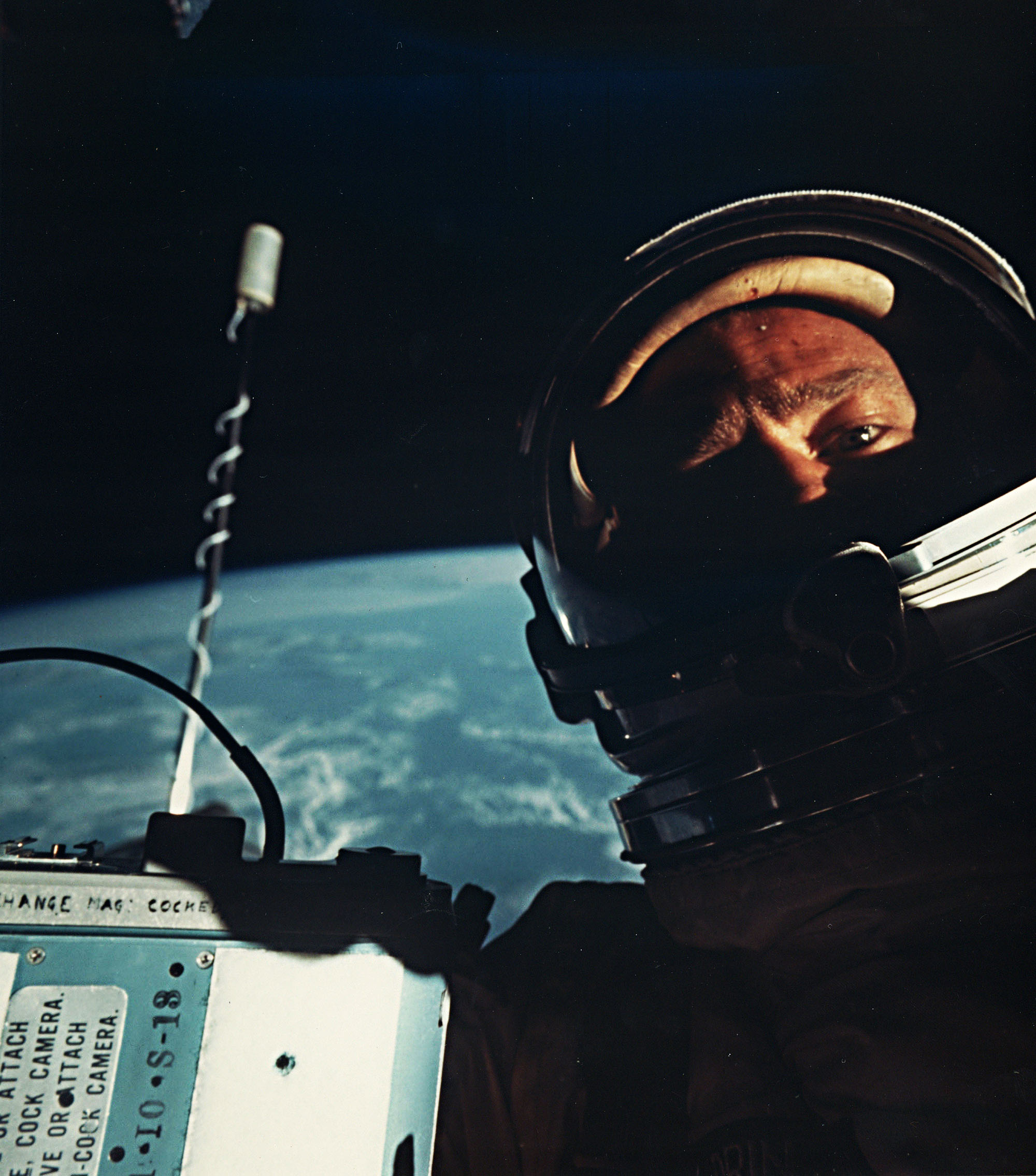 More than 600 vintage photographs from some of NASA's pioneering astronauts - including the first selfie from Buzz Aldrin - went up for auction Thursday in London.

Starting from 1946 when a V2 rocket rose 65 miles above Earth's atmosphere, the photos document a period when man went in search of other worlds. The photos illustrate among other things the early days of Mercury, through the technical advances of Gemini and the Lunar Orbiter, to the triumphs of Apollo.

The images being auctioned by Bloomsbury Auctions are expected to bring from $462 to $15,407 apiece.

The best images in the previously unseen private collection are of the astronauts themselves. Along with the Aldrin selfie, the collection includes the only clear photograph of Neil Armstrong on the Moon. There is also a personal photograph album of Ed White recording his spacewalk, performed on Gemini 4 in 1965, the first by an American.

"It's incredible to realize that many photographs in this auction were unknown to the general public for decades until the complete NASA photographic archive began to appear digitally on the Internet," said Sarah Wheeler, head of photographs at Bloomsbury Auctions.

"This is particularly true of the collection of mosaics, real boots-on-the-ground panoramas taken by the Apollo astronauts as they explored the lunar landscape," she said. "These spectacular images were pieced together from individual Hasselblad frames for internal use by NASA scientists. We know of no such collection ever having been offered at auction."

After each mission NASA released only a small proportion of the astronauts' photographs to the public and news media. The remainder was accessible only to accredited researchers in the archives of the Manned Spacecraft Center, Houston, from which most of this exceptional collection is sourced. All the photographs wear the original NASA stamps, captions and identification numbers.

The photo prints are currently on exhibition at the London Mallet Antiques.