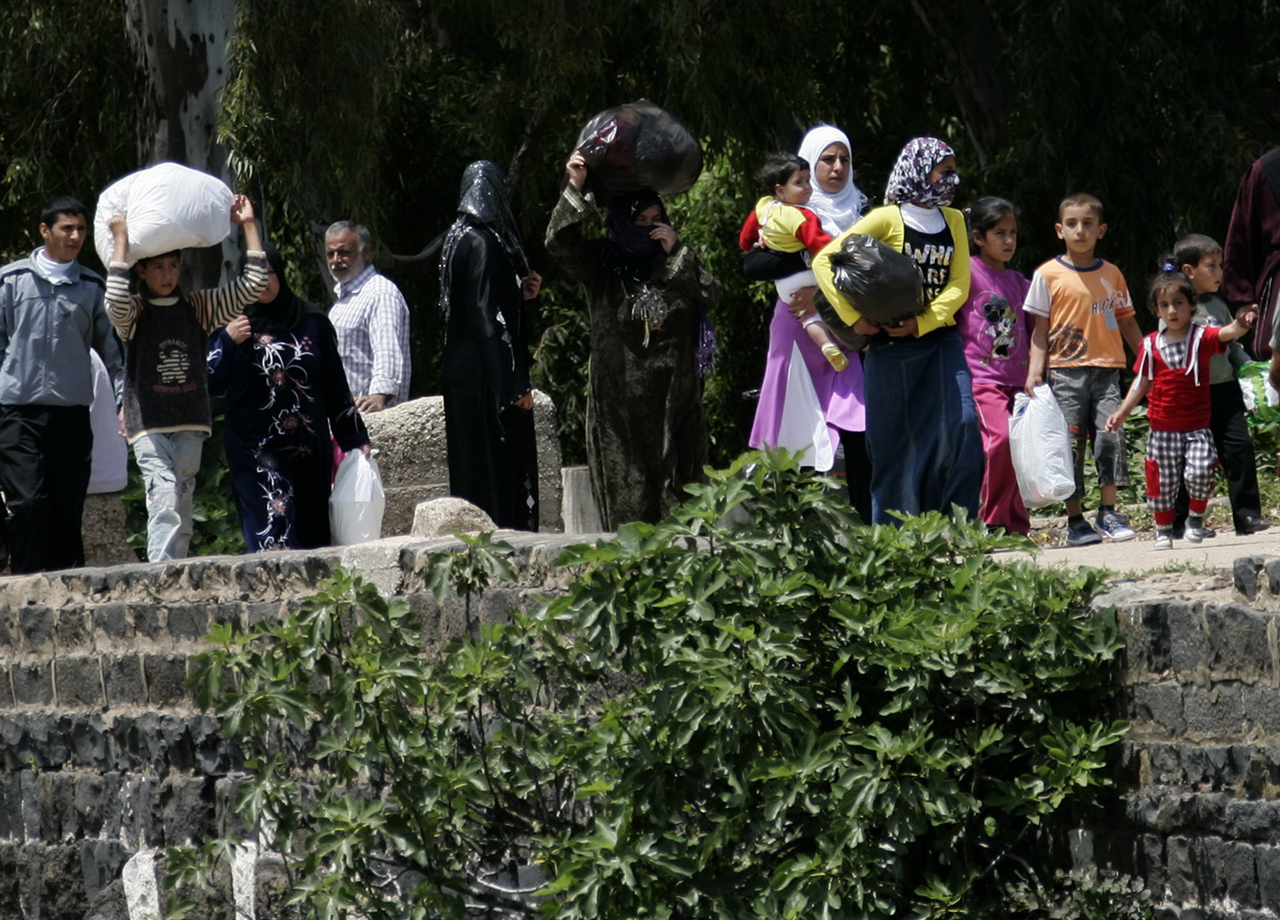 BEIRUT — Hundreds of Syrians fled to neighboring Lebanon on Saturday to escape a violent crackdown against an anti-government uprising that has claimed the lives of more than 800 civilians, Lebanese security officials and a leading human rights group said.

President Bashar Assad, meanwhile, reportedly has set up a committee to lead a dialogue with the opposition, the latest offer by the regime as it struggles to end the unrest threatening his family's 40-year-old dynasty.

Protesters have been taking to the streets in a number of Syrian cities for the past two months to try to force Assad to introduce reforms or resign from office, as leaders in Tunisia and Egypt already have. The government has responded by sending the army onto the streets to counter the demonstrators.

They said four wounded people were brought to Lebanon and that one later died of his wounds. The Lebanese security officials spoke on condition of anonymity in line with regulations.

The shooting in Talkalakh came a day after Syrian security forces opened fire on thousands of protesters at several rallies across the country, killing at least nine people, said Ammar Qurabi, head of the National Organization for Human Rights in Syria.

Qurabi said that with the latest deaths, the numbers of civilians killed since the protests began in mid-March reached at least 801.

Also Saturday, the website of the private daily Al-Watan, which is close to the government, said Assad had formed a committee tasked with talking to the opposition. It said the committee will be made up of Vice President Farouk al-Sharaa, Vice President for Cultural Affairs Najah Attar, presidential adviser Bouthaina Shaaban and assistant Vice President Maj. Gen. Mohammed Nassif.

The report came a day after Information Minister Adnan Mahmoud told reporters that a "comprehensive national dialogue in all provinces" would start within days.

"We hope that no one will be excluded from this dialogue, especially the opposition that is based outside the country," Parliament member Mohammed Habash told The Associated Press. "When a political force is excluded, it will be a step toward failure. Success need everyone's attendance."

Habash said he believes the regime "is serious" about the dialogue.

But Abdul-Razzak Eid, a senior member of the Damascus Declaration opposition group, told Al-Jazeera TV that the regime should "stop the killing and the bloodshed, allow demonstrations and at least detain two or three officials who are responsible for these crimes."

An activist in Syria said army troops were surrounding Talkalakh from all sides in Syria, leaving those who want to flee with not choice but to head to Lebanon. He said the town was hit by heavy machine gun fire. At least three people have died, an activist said.

Syrian activists said thousands of people took part Saturday in the funeral of a man who was shot dead Friday in the central city of Homs. A smaller funeral was held for a man in the southern city of Daraa.

There is a media blackout in Syria, making it impossible to confirm witness accounts independently. Witnesses spoke on condition of anonymity out of fear for their personal safety.

Meanwhile, the Syrian Observatory for Human Rights said authorities in Damascus detained on Friday lawyer and human rights activist Catherine al-Talli. The group also said that poet Ali Dirbak, 76, was detained in the coastal city of Banias for reading a poem during one of the recent anti-regime protests there.

Assad has come under scathing criticism for his crackdown, with the United States and Europe imposing sanctions. On Friday, Britain summoned Syria's ambassador to warn that new sanctions will target the regime's hierarchy if Assad doesn't halt the crackdown on protesters.