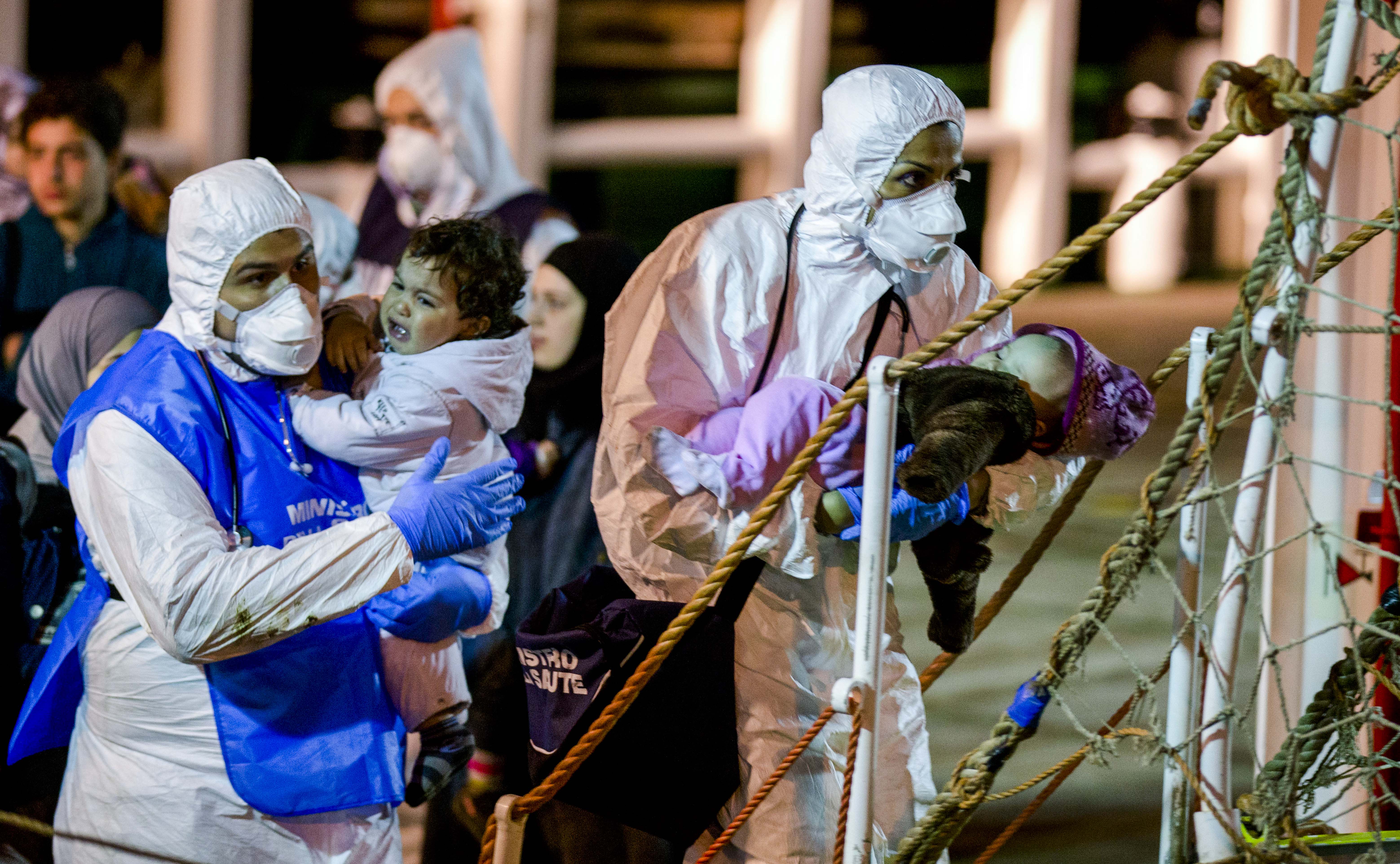 More than 900 migrants are believed to have placed their lives in the hands of human smugglers, hoping for a better life in Europe. Now, hundreds are now feared drowned after the overcrowded fishing boat they were crammed onto capsized in the Mediterranean, reports CBS News correspondent Holly Williams.

Only 28 survivors have been found so far according to Italian officials and at least 24 have been confirmed dead. The Italian Coastguard is still scouring the water for survivors, but nearly two days after the boat sank, many believe more dead bodies is all they'll find.

One survivor told Italian officials the 70-foot vessel was carrying more than 900 people, which could make this Europe's deadliest migrant sea disaster ever.

As the search continued, Italian officials said Monday they had busted up a transnational criminal network of human traffickers. Fourteen people of Eritrean, Ethiopian, Ivorian, Guinean and Ghanan nationalities were arrested.

But the scenes of desperation off the Italian Coast are nothing new.

Tens of thousands make the risky journey every month, ferried by smugglers from the Middle East and North Africa through rough seas, sometimes in tiny boats.

Some are fleeing the violence of Syria, others make their way to the coast of chaotic Libya -- just 300 miles from the Italian island of Sicily -- to try and escape poverty.

Thousands now live in camps in Italy, including Emmanuel, a Nigerian Christian who said he fled Islamic extremists in his homeland.

"We not complaining much, we just have to take whatever they give us," Emmanuel said.

But others never make it to the new life they hope for in Europe.

Even before this disaster, more than 900 had died so far this year, and 200,000 have been rescued by Italian authorities. Those figures could be increased dramatically, as in the last week alone another 400 are feared dead in another sinking and more than 10,000 others were rescued.

Europe downsized its search and rescue operation last year. They hoped to discourage migrants and human smugglers by sending a message they might not be rescued if they ran into trouble. If this disaster is any indication, that policy hasn't worked.